Time for another rant …

One of the (many, SWMBO would say) things that really bugs me is LPs and CDs where it is VERY difficult, if not almost impossible, to actually read the text on them. I hate it even more now that I keep everything on my NAS, and when ripping have to either go and find a Jewellers Loupe or scan the image and enlarge it to actually read the song title, artists, etc.

Sometimes it’s just very small text, but there is also the problem of strange colour choices, giving poor contrast. Even Naim is at fault here. The Naim CD Sampler 8 has black text on a dark purple background (IIRC, having now consigned the disc to my loft).

To the graphic artists : it may look pretty (awful, mostly), but it ain’t legible.

Rant over (for now)

The best sleeves are the ones that give no clue as to what the disc might be, and who it’s by - Led Zep, New Order (and quite a lot of stuff on Factory), the Floyd, etc.

Then there are those who think it’s cute to have the tracks listed on the sleeve but not in the same order as the disc.

And … cutesy text in a spiral, meaning you have to rurn the sleeve to read it …

It is user preselection test,if you cannot read it they do not think you are of the age group suitable to listen to the signal

@Dungassin - the original March 1983 issue of New Order’s “Blue Monday” 12" single, along with the accompanying May '83 release of the Power Corruption & Lies album, didn’t have the name of the group or the track(s)/album anywhere on the outer or inner sleeves, except as an indecipherable colour code strip along the edge. The only identifiers were the catalogue numbers (FAC Seventy-Three and FACT Seventy-Five) written along the spines, and all the track details and credits written in tiny letters… as a spiral on the label.

Two of your favourites I guess…

Just reading this which is a wonderful browse/read. At £15 on amazon as a hardback it would grace any coffee table. All of the albums designed by Hipgnosis (over 300) are included with background on many. Not album size but big enough 20cm x 24cm. 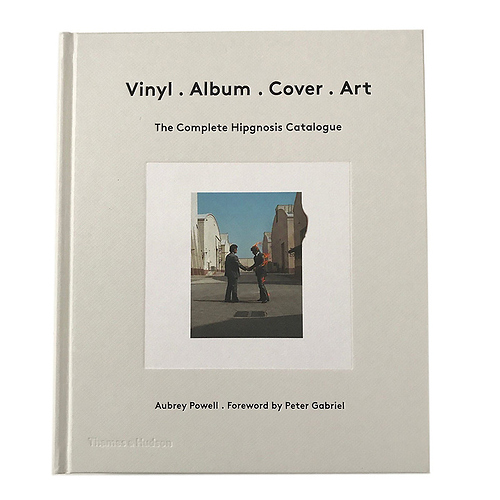 Just checked - the only New Order I own is incidental - i.e. on compilation or soundtrack albums.