In the very interesting thread “With source first, at what point is source first enough?”, I said that I was contemplating an Ex Dem 500DR that became available lately here in Canada. My wife and I discussed the matter at length and I finally decided against it: since the amp is in Vancouver and I’m in Montreal, an audition was impossible. That would have been - by far - the most expensive upgrade I’d ever done and I just cannot bring myself to spend that kind of money without auditioning in my system first. (Although I’m certain a 500DR would have been a significant improvement over my current 300DR).

As an alternative, updating my LP12 (Akurate Radikal / Kore / Akito 2b / Urika I) with Keel and Ekos, keeping my beloved Kiseki PurpleHeart cartridge, would be a much more affordable upgrade. I heard the difference between an Akurate and a Klimax LP12 a couple years ago, but I’m wondering just what I can expect with that upgrade.

BTW Pardon me if the matter has been beaten to death here: I did a research but couldn’t find anything in the new Forum.

Sorry I cannot answer your specific question but writing as a Valhalla, welded subchassis, Cirkus, Ittok LVII guy, I’m not sure there’s anywhere else for you to go! Others will prove me wrong. Enjoy your Sondek journey.

I too have an Lp12 similar to yours, albeit older. I have original Akito which has been upgraded with new bearings, silver wiring, etc, Kore and Cirkus. Cartridge is Dynavector 10X5.

So to answer your question. I have a special 82 (equivalent to 52 or thereabouts) and a pair of 135s. I spoke in depth with my dealer after listening to the lp12 Klimax with Nap 500 and 552. My dealer advised me to max out the Lp12 to a similar level to Klimax before upgrading the amplification. So for me that would be Ekos SE tonearm, Radikal and Ulrika.

The Klimax with the nap 500/nac 552 sounded very very fine. I must admit though that my system still sounded amazing next to it. The differences were a different presentation with more clarity and detail with the Klimax/500/552. It sounded more neutral and clearer with a more natural presentation.

You are looking at incremental improvements at this level in my opinion as you have a very high spec system anyhow. You may only get a 5 to 10% improvement by making changes to your LP12.

In my view maybe just upgrade the tonearm to ekos se or a used ekos mk2 and sell on the akito. And get the Keel upgrade. The radikal and ulrika I you have are top of the line.

Demo if you can. Best of luck!

The Keel in theory, as I’m sure you know. In fact, Akurate to Klimax Radikal is top of the hierarchy but I’ve not compared either upgrade. Is Kore-to-Keel an upgrade to YOUR ears though? I know one or two folks prefer the Kore. Ideally do a dem.

Ekos 2 to SE was a lovely upgrade, although quite subtle in terms of hifi benefits - more of a musical upgrade.

That’s the order I wanted to follow, except that I had a very good deal on a pre-loved 552 from a Forum member and I made that upgrade first.

I will try and listen to similar LP12’s with Kore and Keel to compare; otherwise it will be leap of faith. I listen mostly to classical and jazz so the added clarity and detail will be welcome.

As for the 500… I may get another interesting deal on one, who knows?

If I was going to do a single upgrade in your situation I would just go for the Ekos mk2 or SE.

The Kore IMO is superb as it is. Many LP12 owners prefer it over the Keel.

Then leave it a while.

Get the Keel afterwards if you think it is better.

Well that’s my advice. But if I had the funds I’d max out the LP12 on every level!!

The Klimax Radikal is meant to be slightly better than the Akurate Radikal and looks gorgeous! You could part ex the radikal you have for a good price against the klimax version if you so desired.

I have always been advised to carry out upgrades one at a time and hear the difference before moving on. It’s never worked out that way for me in practice though!

A non DR 500 eclipses a 300DR so this could be another option. They come up on favourite auction sites here for good prices. You could always get it serviced and DR’d later.

@ClaudeP I have upgraded my lp12 in two large steps

So for me the natural step is Keel, luckily my dealer has a lot on lp12 on demo to show the difference

For me having heard kilmax deck on a number of occasions the noise floor drops and more focus, I sying that I love me lp12 the music it brings, with your set up I think either Eros or Keel would work really well, I too have 300DR with 252

Hope this helps enjoy the journey

The Klimax Radikal is meant to be slightly better than the Akurate Radikal and looks gorgeous!

I could not hear any difference, but agree the Klimax looks very nice better and would have matched the rest of my Linn kit, but I decided the money was better spent on Urika II which made a dramatic difference. You do need a DS(M) for Urika II though.

I have a Keel, but have never compared it with a Kore so can’t definitely say it’s better.

I think in your situation I would go for the Ekos SE.

I’m not one for 3rd party bits and pieces usually, but made an exception for TP Tranquility, which lowers the force acting on the main bearing by about 90% reducing friction and noise. You don’t need to modify or dismantle your LP12 to fit it. You remove the outer platter, belt and inner platter, place the lower assembly over the lower bearing housing, place the upper ring on the underside of the inner platter and reinstall platters and belt. I did have a demonstration of this before I bought it and heard an immediate improvement. It is inexpensive compared with most of the upgrades.

To be honest, my dealer fitted mine. but you make a very good point. Are you happy with it as an upgrade?

I understand that the Urika II reduces the noise floor level dramatically, but for some philosophical reason I have a hard time integrating a digital piece of gear in my TT. This said, I realize lots of LPs I buy have been digitally remastered (or were initially recorded that way) without my knowledge… Anyway as you point out it requires a Linn DS and I don’t have one.

I never heard of the TP Tranquility, I’ll speak to my dealer (Todd from Codell Audio in Montreal) about it.

As for your suggestion to go for Ekos SE it wold have the biggest visual and emotional impact so it is tempting even though the rule would say Keel first.

Claude–You are in the realm of very expensive upgrades. The Tranquility is a bargain by comparison.

I gather that, it’s just that had never heard about it yet

Now I may have a stupid question: can an Ekos SE be installed on my current Kore? Will the geometry, collar, etc. allow?

I have tranquility and top plate Khan

I have a high-spec LP12 (pretty much where you are targeting) but over the last year or so I’ve been having a ‘bang for buck’ debate with myself given the cost of a Keel and the EKOS SE (amongst other parts).

I concur with others that the Tranquility was a very worthwhile addition - more detail and less noise. But, it adds weight in to the suspension which, from looking at my deck, means there’s a great deal of imbalance between the spring loadings. And while this small part can be fitted very easily, I found my suspension set-up needed tweaking.

Taken together (especially the costs of the Keel/SE), I would venture listening to other decks before upgrading would be worthwhile - something which is on my agenda.

Not sure the point of mentioning Tranquility when they are no longer in business. There was a pink fish thread about it a while ago. Didn’t he just go awol and even his dealers couldn’t contact him and everyone was worried he was seriously ill - then after several months, a couple of people visited his home to find him happily tinkering away with his classic car collection? 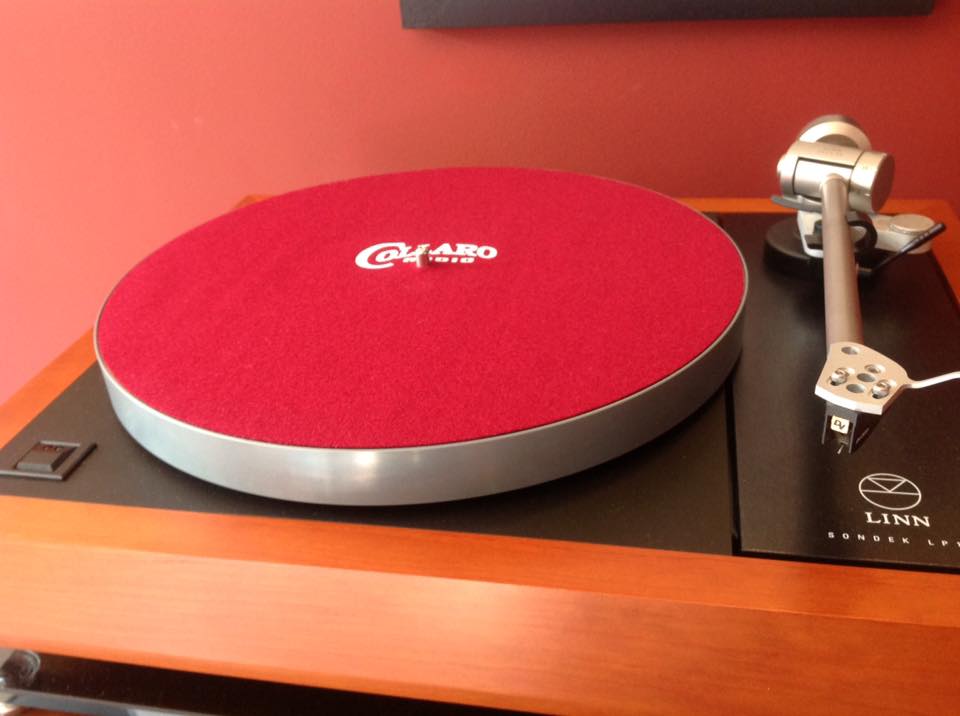