My electrician has just left scratching his head … My main system hums when not in use so I asked him to quote for splitting the consu More unit in two, one for my HiFi spurs and one for the rest. He explained it was not necessary as the spur were separate due to the use of MCB and RCCB (see first photo). He agreed to go away and talk to his colleagues. He also thought that things might be improved by a separate earth (see 2nd photo). He will quote for splitting the mains and a separate earth. 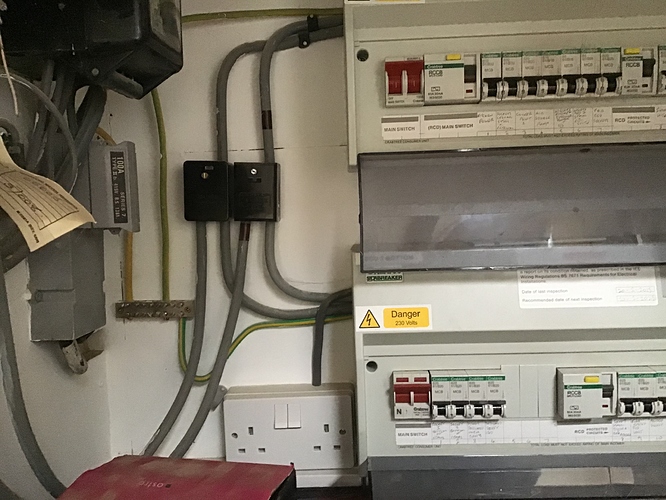 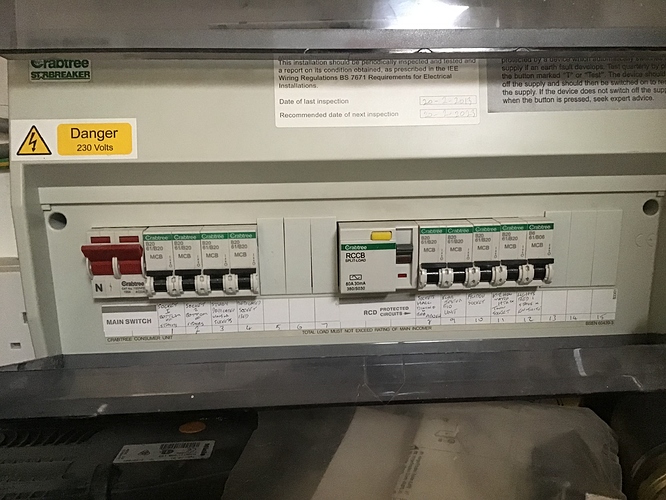 It’s not really clear from your photos why you have two consumer units already ?

A bit more info on your present setup would help

In addition to James questions … you have all the work done & the Naim still hums, then what ??

good questions …
The top CU houses the fuses for the rest of the house. The electrician who retired my house when I renovated it in 2012 was asked to put in a new earth and separate CUs for the hifi spurs. He ignored both requests and justified his actions by saying he knew best. I was not confident to argue with him and he was subsequently dismissed by my builder.
The hum comes from the speakers, but only when the 52 has the aux input selected (TV).
The rest of my system: NDS, NAT02, 52; 4x135s, Snaxo, Supercaps and Ovator 600s. These are plugged into a dedicated spur via a hydra. My NAS (QNAP) is on a separate spur plugged into a router.
I expect the earth to improve my mains. I should say that the substation is just down the road and I live in a relatively remote location. But I do note that my system sounds different when everyone else in the community has gone to work. I hope that the separate CU will isolate the spurs from the gunk on the rest of the circuits (fridge freezer, cooker, sewage pump, etc.). Is this too much to ask …?

This is the rub …
I thought I would try to make the mains as clean as possible in the circumstances (see response above). Am I expecting too much?
I don’t know but I thought I would do this rather than upgrade the 52, add 2x135s, and upgrade Snaxo and get a core … (see thread on stopping upgrading…

Now how do I insert those annoying emojis?

The hum comes from the speakers, but only when the 52 has the aux input selected (TV).

The hum is an easy fix - you’ve got an earth loop you’ll need to break. Google Ground Loop isolator and you’ll see what I mean. Insert this between the TV and the 52 and that should sort out the hum.

As for the mains itself - you’ve got a setup that’s almost there but it would be worth dedicating one consumer unit to the Hi-Fi only. See diagram attached - note that the latest regs mean that you have to have this circuit RCB protected rather than the 100A isolator I have in my diagram. I would look at getting a decent electrician in who understands what needs to be done. Does your dealer have one he could recommend ? 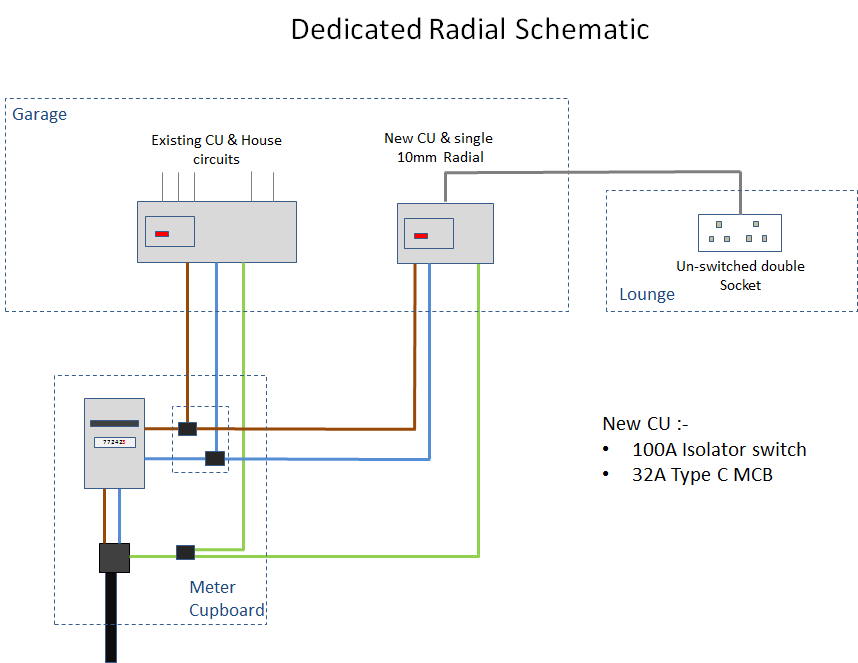 This diagram was what I was searching for when the electrician came this morning. Thanks james_n. do you have a technical explanation I can pass on (and find informative for myself)?
Thanks too for the ground loop isolator info.

Is there any benefit to having a separate earth for the hifi spurs?

Is there any benefit to having a separate earth for the hifi spurs?

Your domestic supply earthing type regulations dictate how the earth is & if a separate earth connection is possible (legal). Your electrician knows what the earthing arrangement are to your property & how the regulations apply.

Naim equipment buzzing or humming is not dependent on house mains wiring but of what else is using the mains locally in your area from the local distribution network to your house - if cannot be cured by improving your house mains distribution method.

You may get other benefits but not removal of hum or buzz which is mains waveform distortion interacting with your transformers which expect a non-distorted input.

Mine occasionally buzz or hum at periods in the day when someone somewhere is putting a load on the network outside my house and it is something that I have to tolerate - annoying but it does not last for extended periods.

As James correctly points out, if you have a hum through the speakers only when the AUX input for the TV is selected then this indicates an earth loop that needs to be broken. TVs are a common cause of this, and many float at half mains potential. When you connect up your to your Naim kit, it then provides a nice route to earth usually through the interconnects. A ground loop isolator should hopefully cure this, and may even give you better performance all round.

As mentioned, you’re not far off. At the left of your picture is your incoming mains supply feed and main fuse (60 or preferably 100A). The Live and Neutral connect to the meter. In your installation, you have already split the meter tails with two henley blocks to feed the two separate consumer units. You also have a earth block where the incoming earth is split. What i would look at doing is to get your electrician to dedicate one of the consumer units to being Hi-Fi only or if that’s not possible due to your existing setup, then get your electrician to provide an additional consumer unit. This will be fed from the meter tails and earthing block and contain a 100A RCD. From the consumer unit, get him to provide as many radials as you need via 10mm2 T&E cable. In my case i just needed one double unswitched socket so i only had one run installed. Each radial is protected by a 32A (preferably Type C) MCB. As for earthing, just use the one provided by the electricity company - a full conversion to a separate earth for the Hi-Fi need need to be discussed with your electrician to meet the regulations as Mike has mentioned.

Just for completeness this is what i had done. Note this was done to to the 17th edition regulations which allowed a non RCD installation. This is not allowed for the 18th edition regs. Your electrician will be able to advise, interpret the regulations and provide a fully certified installation.

This schematic relates to the installation below 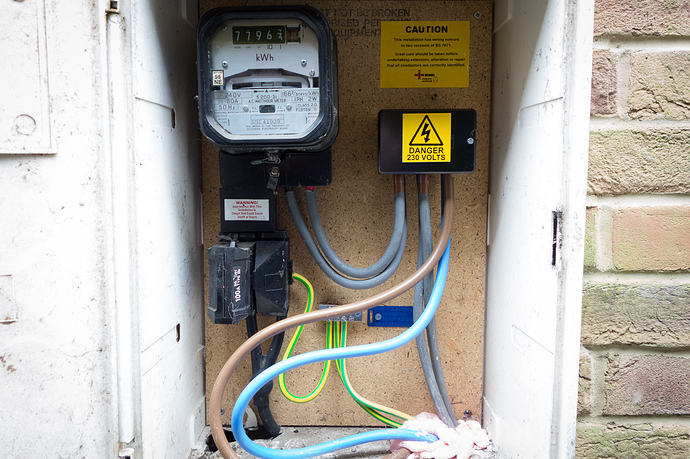 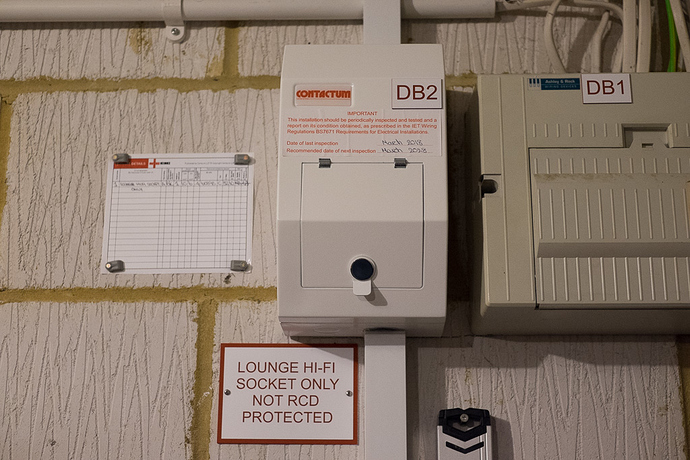 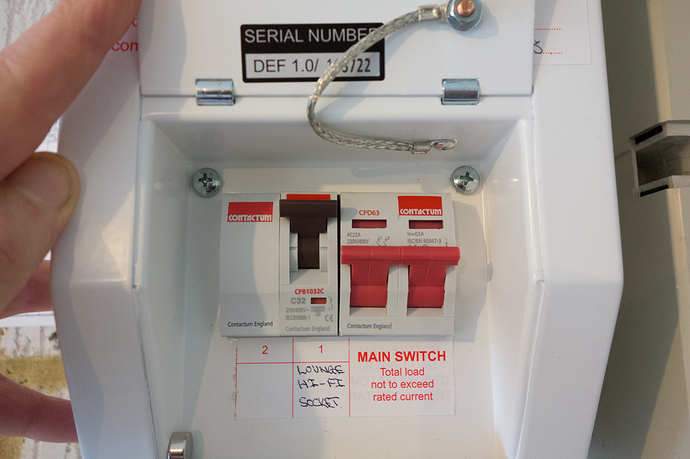 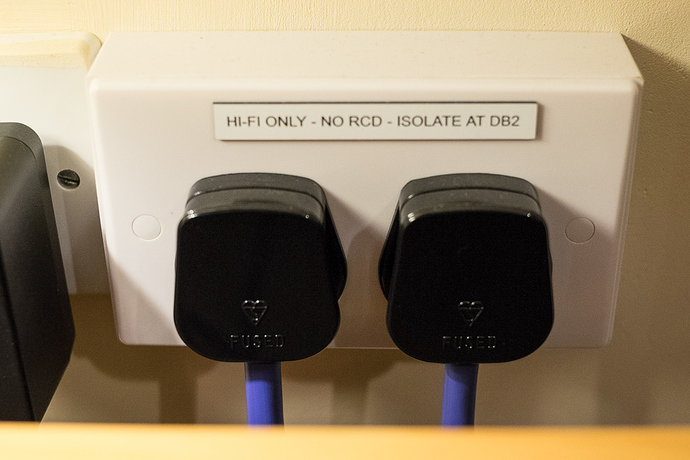 Hope that helps. A decent electrician who understands what you want to do is the key. Most don’t. 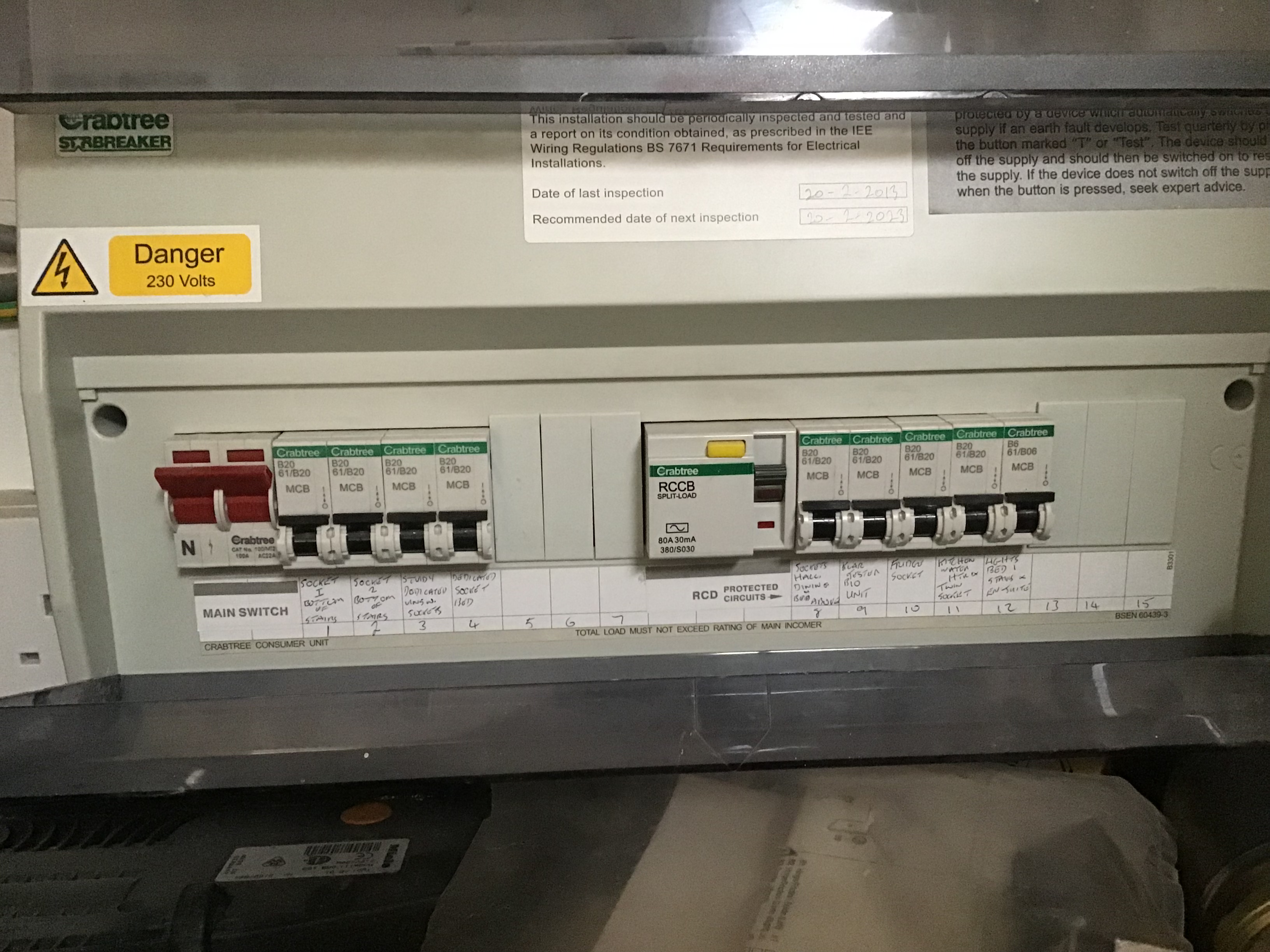 Actually looking at your pictures on a big screen, i’m assuming your hi-fi is fed off one or two of the four MCBs at the left, next to the isolator switch. If so, you are most of the way there already - whether you’d gain much more by going to a completely separate CU is one to think about carefully. The RCCB is just for the five additional MCBs.

I’d see what you think once you’ve got the ground loop isolator in place. As a stop gap, just unplug the TV from the 52 for now - the hum should go and the system may (as Richard suggests) sound better.