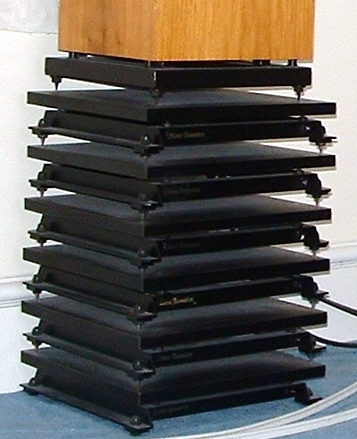 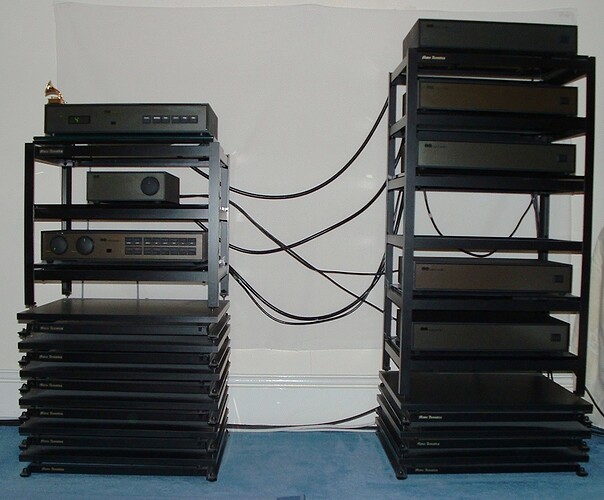 My oil Mana oil rig, brains and brawn
I did go a few more phases on each.

Only hifi bits I regret selling where my Naim Cdi and Mana.

Sure I saw this system, met a nice chap down Souff somewhere.

In every dream home a heartache !

I had mana back in the days of my LP12 set up and it did make a difference to the sound, but I remember it being a right faff to set up properly and get it all perfectly level with the glass ‘ringing’ correctly etc. Only had the turntable rig and one four shelf support for the 52/135s. Wasn’t brave enough to try lifting my Isobariks onto Mana base levels! Mana also made a matching listening chair for the ultimate multi level Mana set up… 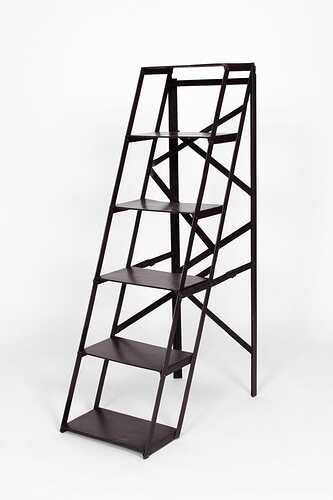 In every dream home a heartache !

I thought exactly the same thing!

Tis a great piece of music ,I love it

Tis a great piece of music ,I love it

I remember playing it to my wife for the first time, and encouraging her to listen to the words, watching the dawning realisation on her face as the penny dropped as to what it’s about….

I still think it sounds as fresh and relevant as ever.

Years ago at a Heathrow hifi show I heard the effect of plonking a very basic CD player on top of a gently swaying Mana “tower”. It may have looked like an oil rig, but it sounded like the elixir of the Gods.

The design principle being the CD player was effectively floating, with each level decoupling further and further…?

I wonder where the equipment clamping in the earlier pictures fit in with that….

I wonder how a full Mana rig compares to Fraim…

It’s the same principle as in the Clearaudio rack. I don’t doubt it can be very effective. 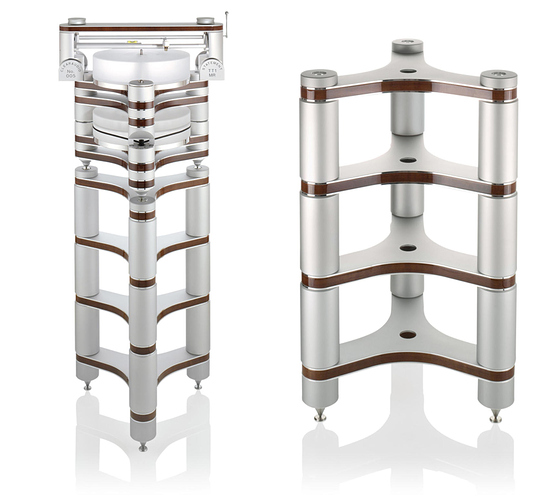 Isolation from below and airborne isolation from box transferred into glass which is a tuned seismic sink. Which is how Fraim works imo. Though i like the mana signature more, Mana seems to turbocharge the soundstage and has an astonishingly fast Prat Yes a right sob to setup but you have to be a dedicated madman!
John told me he swapped a mana rack with Naim for a “in shop“ CDS1 , said it was his mistake.
It is said 7 levels of Mana equals one level of Fraim not sure about that….

I used to have the LP12, Lingo, 52/SC/135 and SBL:s on Mana but never got higher than 4-5 llevels. I later made a swap deal and got my Fraim stacks in the exchange - the guy was desperate for more Mana.

Why has no one been man enough to put a 52/SC six pack on Mana, with ten towers, each six feet tall, one for each component?

It’s happen and will happen though my one will be a 4 pack, I’m 6 foot 5” so not an issue ,other than earthquakes……

Yes it’s rather addictive. I know strange but true.

Here’s my modest Mana setup. I got into it after the frenzy for it abated and I needed a wall shelf to deal with severe footfall problems in my last place.

I recall that a single shelf was mostly less good than the Sound Org table it was replacing, while a two-shelf setup was about the same, maybe a tad better (but with a very different signature). I eventually went to “phase 4,” which was better in all respects. I had no appetite to go any further.

It’s ugly and inconvenient, but it does its intended job very well. If I was starting over I might try to track down an Audiotech shelf, or its Vulkan descendant, even though both are extinct. 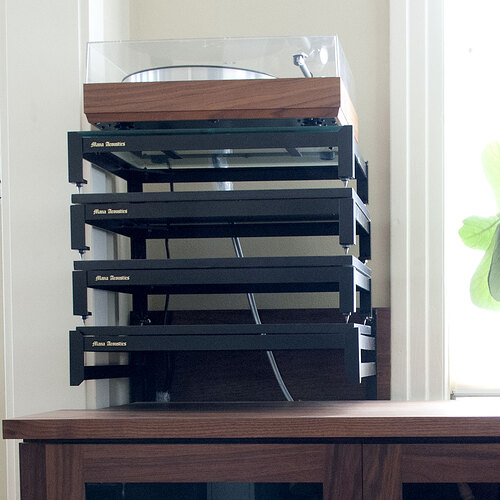 Crikey. I think that song “50 Ways to Leave Your Lover” is off by one. Clearly putting Mana racks in your room makes 51.

It’s about function over form not form over function. I married her because she understands these things😇
Oh and it’s surprisingly because she’s Japanese!! Think you know what I mean.

Well what ever its doing, it ain’t floating.

I know what i’m looking at!