Did you hear the Parker Duo?

Hi@emilian67. Unfortunately not as yet. The dealer is awaiting the Parker’s to come in and will then run them in for a min 50 hours. I am hoping they will be ready for audition in the next couple of weeks. I am quite excited about hearing them. Will update you when I get the call👍

Has anyone used interconnect cables from Iconoclast?
I want to use them between a Luxman L-590 AX II amplifier and a Luxman D-03X CD player.
I know that the Duke 2 shows all the changes you make in the audio chain, and I wonder if it is good to buy these IC.

the answer i received from marten that the passive radiator and the tweeter are from accuton but the front are from danesian audio.

I want to use them between a Luxman L-590 AX II amplifier and a Luxman D-03X CD player.
I know that the Duke 2 shows all the changes you make in the audio chain, and I wonder if it is good to buy these IC.

No idea about the interconnects. I recently tried a Luxman DA-06 DAC in my system with the Duke 2 and the sound has changed. I was previously using a Chord QBD76 but was curious how the Luxman DAC would sound with the L-590AXII. In summary, both DACs sound different but they sound good in their own ways. The Luxman DAC sounds slightly smoother and fuller with a more upfront front row presentation. The Chord sounds airier and slightly more detailed with a 3-dimensional presentation. The seating is several rows to the back with the Chord DAC and there is more space between instruments which contributes to the 3d feel. Bass quality of the Chord is leaner and tighter while the Luxman’s bass is fuller.

Currently I prefer the sound of the Chord DAC with the Luxman L-590AXII but am trying to maximise the potential of the Luxman DAC in the system with different power cords and digital USB cable.

The recent addition of the Luxman DA-06 DAC is shown in the image below, right at the top. 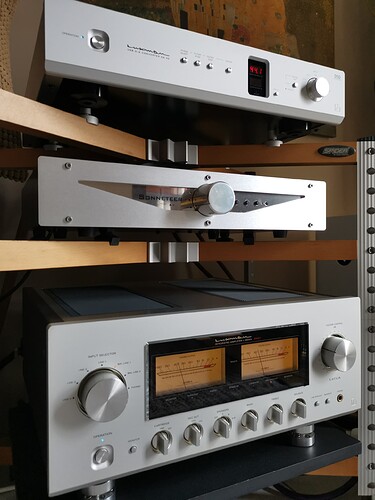 Update. As the Luxman DAC was sounding a little smooth with a slight roll off in the treble in comparison to the Chord DAC, I attempted to get the Luxman to sound closer to the Chord by trying different power cords and USB cable. 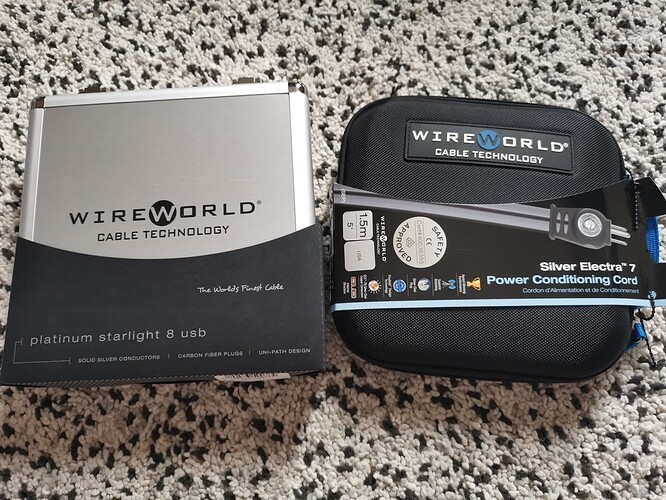 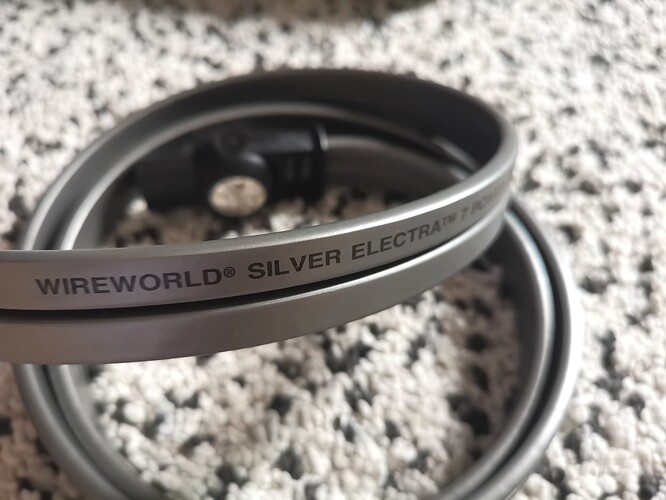 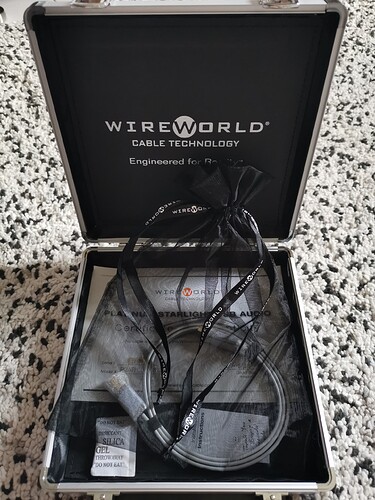 I have just installed the WW Silver Electra 7 mains cable to the Luxman DA-06. Although the cable is not fully broken in yet (currently 10 hours), the sound has improved a lot and sounding much more dynamic and extended in the treble than the Electra 7. The character of this power cord also matches the DAC better than the Acrolink cable which costs 5 times more (which in turn sounds better when used on the Chord DAC).

To cut to the chase, pop and rock music now sound a lot better on the Marten Duke 2. With the Chord DAC, rock music was lacking slam and dynamics and I was putting the blame on the speakers. Apparently the Martens are now rocking like a champ playing U2 Ultraviolet with a different DAC (and mains cable!!).

This exercise just goes on to show the importance of system matching, not only the equipment but cables as well. I haven’t installed the Platinum Starlight 8 USB cable yet but will do so after 2 weeks when the burn in of the Silver Electra 7 mains cable is completed.

I’ll also switch to the Chord DAC perhaps sometime next year with the new cables.

Moral of the story, if something doesn’t sound good or right, don’t quickly blame the particular gear but look at something else instead.