Saddened to hear today that the final bell has now rung for one of the greatest fighters ever to grace a boxing ring, ‘Marvelous’ Marvin Hagler.
The word ‘legend’ is overused these days, but just a glance at his professional record shows that moniker is entirely appropriate for Hagler.
Dominated middleweight boxing from 1979 to 1987; 67 fights, 62 wins (52 by knockout), Drew 2, Lost 3.
Undisputed World Middleweight Boxing Champion 1980 to 1987.
Read more here; 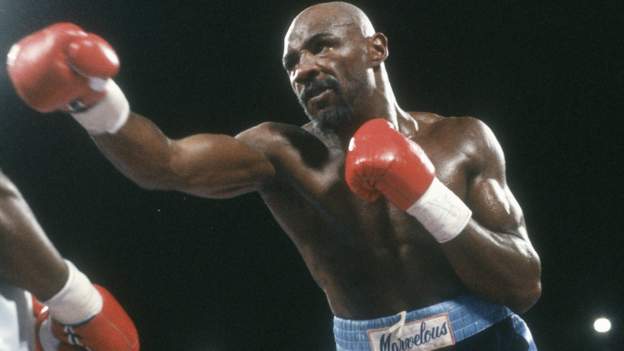 An actual boxer. No hype. Absolutely the real thing.

Definitely the real deal - sorry to hear that .

These days I struggle to see any boxers other than Antony Joshua and Katie Taylor as genuine world class fighters .

Those BBC Saturday night fight nights were wonderful - such a feature of growing up in the 70s and 80s in the UK.

Nobody could ever match Ali - but Marvin Hagler wasn’t far behind in that era.

And who can forget “The War” against Thomas “Hit Man” Hearns?
Three rounds of some of the most exciting, brutal boxing I’ve ever seen.

I’m sure arguments will continue to rage about the split decision ‘loss’ to Sugar Ray.

Yeah…they were very special too . I watched some of the fight with Hearns again not too long ago on YT I think, very entertaining.

Likewise. You can see clearly that Hagler had more gas in the tank.

If I may digress, with regards to great champions, Joe Frazier.

When Joe fought Ali the second time around (having already beaten him and broken his jaw previously), the only reason Ali won is that the boxers had hammered each other to a standstill. Joe hated Ali for his gibes about him being an “Uncle Tom”. Both corners were afraid that if it went another round, someone was going to die. Ali did not want to go on but Angelo Dundee made him get off the stool.
Frazier fought to get off his stool but his seconds trapped him there and threw in the towel.

He’s never received the recognition that he deserves over the more photogenic rockstar shoe-shuffler, IMHO .

Anyway - as you were.

Yeah. Marvin. When, in later years after he’d quit boxing in disgust after being awarded a judges decision against him at the end of his fight with Sugar Ray Leonard, an intermediary told him that Ray was suggesting a money-spinning rematch, Marvin just said:

“Tell Sugar Ray Leonard to get a life”.

RIP Marvin. A true great. He earned that reputation in an era when boxing was at a level that seemed higher than in the past couple of decades, and when it was blessed with quite a few magnificent boxers. The anticipation of the big fights in those days didn’t seem to need all the contrived ‘hype’ that seems to be part of the sport now. The talent and reputation of the fighters was plenty enough.

…RIP in Marvin, you brought joy to the world of boxing! One hell of a boxer and never disappointed. 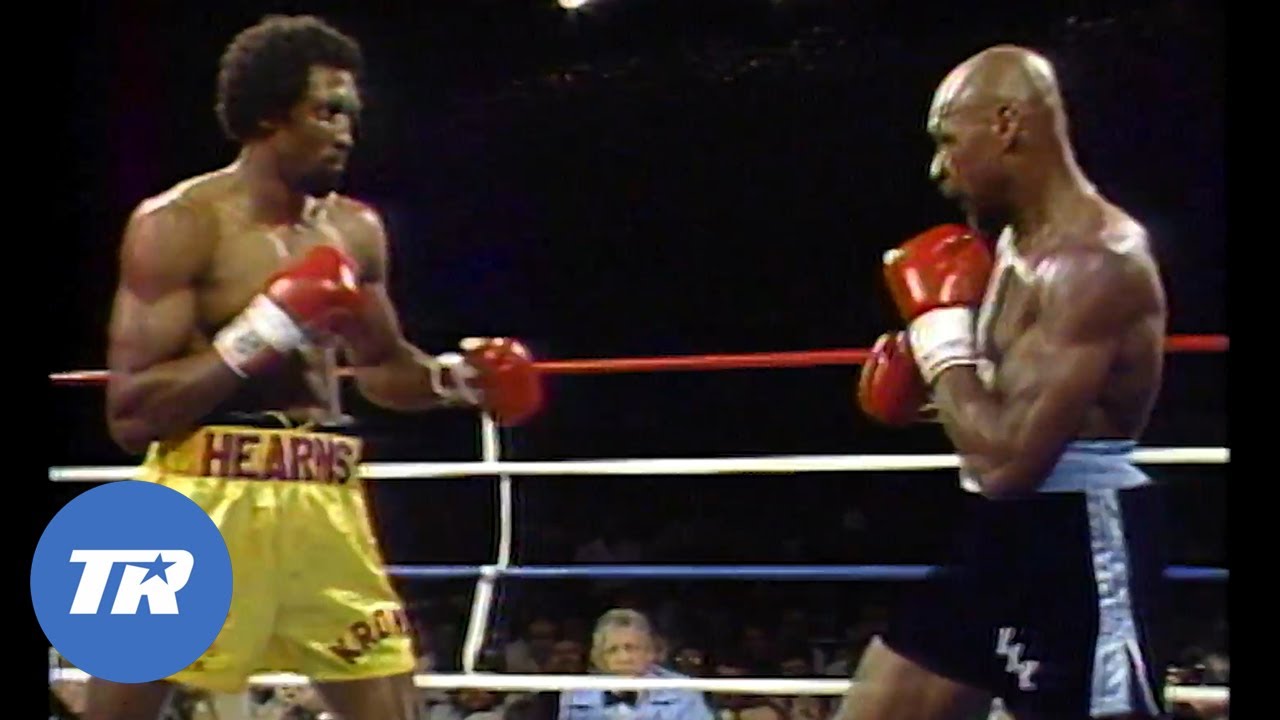 Blimey… Butterflies watching that. Not a million miles from a scene from the Roman Colosseum. Utterly brutal, but fantastic. THAT’S entertainment.

Truely a real fight in the ring with no sense of fakeness or pretence. Hearns cut Hagler badly and either man could of won the fight as it was so close. Hagler had an amazing defence and was difficult to hit because of his ability to switch stances and fight both as an orthodox and southpaw, it was difficult to discover his achilles heel. Hearns’ agilty, hand-speed and timing were something else though and his punching power must have been off the scale. He broke his hand in this fight which i think was the major reason he couldn’t continue.
Those were the days though and they’re long gone and everyone in the country knew these fighters’ names - they were household names unlike nowadays i couldn’t even tell you who the top boxers/fighters are?

Those were the days though and they’re long gone and everyone in the country knew these fighters’ names - they were household names unlike nowadays i couldn’t even tell you who the top boxers/fighters are?

They’re brands now alas. Apart from Josh Warrington - who definitely carries the torch for the noble art - but then he went and lost his last fight with a whimper

Too many belt versions these days and pay per view has also limited viewing opportunities. Agree with earlier posts where you looked forward to the big fights on terrestrial TV with the great Harry Carpenter commentating.