I’ve just heard on the radio that Marvin/Michael Lee Aday, a.k.a. Meat Loaf has died, aged 74 years. Loved him in The Rocky Horror Picture Show and I know I have a copy of Bat Out of Hell somewhere, although it has been a while since I spun it on the turntable. RIP.

Gone when the morning comes, I guess. 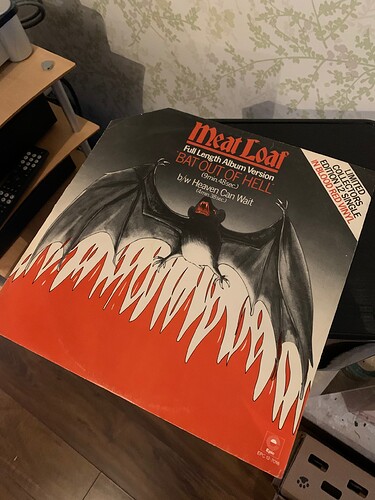 Will give it a spin later.

R.I.P Meatloaf………nothing quite like you in rock ‘n’ roll.

Sad news. Never a big fan but Bat Out of Hell was deservedly a huge success for him and it was the soundtrack when I was at school in the late 70’s.

Pure escapism. Remember when my girls were very young and they dragged me to the Spice Girls movie, Meatloaf was the bus driver! RIP.

Fan or not of his music that album has an amazing musical arrangement.

I will be spinning the original this afternoon.

RIP Mr Loaf, thanks for hundreds of hours of listening pleasure.

One of the best stage performers, unlike some he really cared about putting on a great show for paying fans…

Sad to hear of the death of Meatloaf…. Michael Aday.

What a voice …… Bat out of hell an all time great album.
Unlike some he always tried to put f a great show for his fans

Yes, a great shame. Over the past few years some of the best singers/musicians have left us. We’ll soon only have ‘wannabees’ left, the likes of the XFactor mob, in other words no one left worth listening to.

A sad loss, Bat out of hell was one of the very first rock albums I ever fell in love with and instrumental in shaping my future tastes in music. We are losing too many greats over recent years

I saw him at Warwick Castle in 2005 and he wasn’t in the best of health, kept going off for oxygen and I’m pretty sure the gig was cut short.

RIP. The two greats together again.

It’s bad enough having a 16 year old constantly reminding me of the fights we used to have over the record player in the 6th form with his currently constant Rush. Now Meatloaf. Another over whom there were fights.

I don’t own anything by him and remember being unreasonably cross at such an obvious Spector/Springsteen rip off but it’s hard to not have a soft spot for the madness that was Bat Out Of Hell and, yes, music needs characters.

Seems as good a moment as any to remind people he did several duets with the rather wonderful Ellen Foley. If you’ve not heard this then you should. This, for me, is what Suzi Quattro could have been. 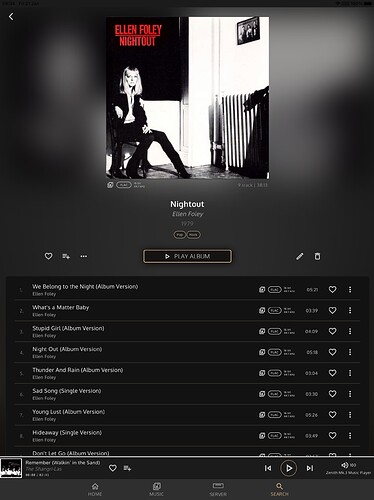 Her second album is completely different and was totally written by Jones and Strummer. It’s weird anomaly. A very odd record indeed. This is excellent though. One of those records for which “loud” was invented. She even shouts the ballads.