Mickey will no longer write reviews on Stereophile. It’s sad. He wrote it’s an end of an era. Anybody knows the real reasons?
@TheKevster maybe?

You are right, I tried google

I just read the last Stereophile with Mickey on board. He liked very much the Gryphon Apex power with pre. First time I saw him writing “ Prat”.
For him the Gryphon combo have Prat in spades. It’s what I found also recently with the Essence line.

Hopefully Analog planet is still there

I am a fan of Michael’s work and have learned a lot over the years regarding turntable, arm and cartridge setup. One highlight for me was the article on his visit to the Hana cartridge facility in Japan. It was well written, informative and even invoked gonzo journalism at times.

I look forward to his new ventures.

It’s a pity, especially as the Stereophile team is very stable overall. I like their in depth and honest reviews a lot.

He’s left Analog Planet but is starting up his own online analogue site called Tracking Angle.

Yes, I saw it on YouTube. Not very interesting so far. Maybe the Claude Nobs house, jazz Montreux director…

I don’t understand. It’s a song, a joke?

You have got to be joking - Ok you get another chance

Sorry - Claude Nobs is a character in a song called Smoke on the Water by a rock n’ roll band called Deep Purple.

I didn’t have a clue where those lyrics where from of course I’ve heard of the track Smoke on the Water but have never listened long enough to hear the lyrics start.

Back to Michael Fremer he is an acquired taste for sure and I quite like his style but if you don’t agree with him he can get a bit bitchy as Mike Esposito found out and more recently Geof Edgers of The Washington Post.

Didn’t knew. Thanks. I couldn’t guess so.

And that one is from? Metallica perhaps?

If the poor Claude Nobs has a fire in his house, guess what will he take first with him? 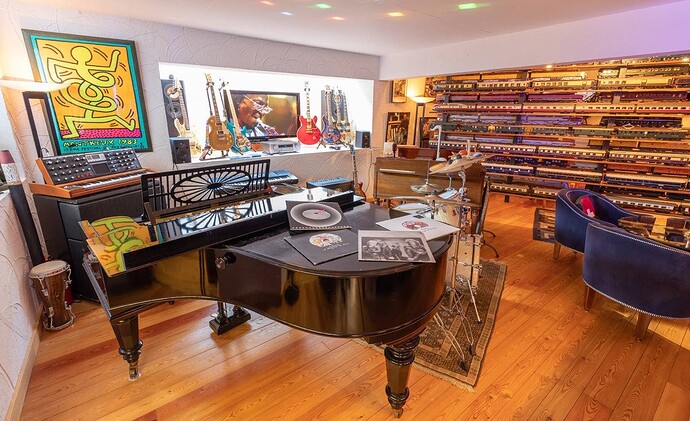 I watched one video with Chassem, Esposito and Fremer. Obviously Fremer and Esposito don’t agree. Can’t say who was right, who was wrong. They just seem to not like each other. There’s certainly an historic between them that we ignore.

Same song. It’s really rather well-known, hence I am slightly surpirsed it’s not familiar to you…