I am not really listening to lyrics……And most of my music is instrumental.
Then, to understand, I would have to concentrate a lot as I easier read than understand when hearing English spoken.

I have been a big fan of Michael Fremer in all formats. I am a paid up subscriber to Stereophile, Absolute Sound, and have a full set of the old Tracking Angle if I could only find it. I have loved Analog Planet. Mikey is responsible for my owning a lot of obscure and cool LP’s and he is rarely off base. I hope his young protege Malachi (sp?) makes the transition. Michael is a mensch to give Malachi a shot at his readership and a start in what may be a buggy whip industry. Thanks for the memories Michael and team.

Like you I am a fan of Mickey, specially the Analog corner on Stereophile that I was reading each month since 2002. I hope his reviews on Absolute Sound will be interesting.

I don’t claim to know Micheal Fremer’s work, though I recognise the name as having been mentioned on this forum before - however I’m unclear as to what the fuss is about - some people move about, some not. Reasons for someone moving could be money, greater freedom, increased power, disagreement with management, or just wanting a change. If you like a reviewer/journalist, and he or she moves on to another journal, just read the person’s musings there.

Possibly will be remembered as the guy who did/didn’t realise/report MOFI were not all analog as was presumed/insinuated.

From a few videos I’ve watched lately he seems to have a bit if an ego, but who am I to say I would not be the same at 75 if I was the “guy who saved vinyl”.

For those you are passionate about analog stuff, Michael Fremer Analog corner on Stereophile was mandatory. Absolute sound is not the same. It’s paid by advertisements and the reviews are not very objective.

Ah, understood. So you fear that his reviews will become less objective than they were, influenced by manufacturers’ adverts being the source of income? If so, it would seem the man has no integrity.

Difficult to explain to you. Stereophile and Absolute sound is not the same. As you are not interested in analog staff , neither read reviews in hifi magazines, for you there’s absolutely no point here.

I understood that the two publishers aren’t the same, and you indicated a difference regarding objectivity of the journalism. That is something that is independent of whether the subject is analog or digital. You appear to think that Michael Fremer’s move from Stereophile (a publication I know and generally find good) to Absolute Sound is a negative one, and the implication is that you think or fear that the objectivism of his reviews will suffer - my comment picking up on that is if a journalist allows his objectivity to be affected then [in my view] his integrity is not all it could be.

I understand that The Tracking Angle is on its way back with Mr. Fremer in that mix, too. I don’t know much about it, but I am excited to see what develops.

Don’t agree here. It’s just that Absolute sound will not let him free completely on his opinions. His reviews may not be the same. It’s nothing to do with the integrity of the journalist.

Of course it’s independent of the fact it’s analog or digital. I was more tongue in cheek, as I know you prone the superiority of digital, I see you hardly interested by Michael Fremer reviews.

You have the tracking angle channel on YouTube. For now I didn’t saw something really interesting there.

All I know is that Tracking Angle are collecting emails for an upcoming launch. I sent mine in contemplation of Mikey being back. I may be wrong but watch this space and reply when we get confirmation.

I have always considered Fremer to be a gaslighter; a shill for vinyl.

His criticisms of digital were relevant back in the 80s, but certainly not now. Funny how he listened to MOFI records and never heard the digital through them. Now, he is trying to rewrite history in a recent video by saying he always thought the MOFI records sounded off…

I think this gentleman speaks well on the subject: 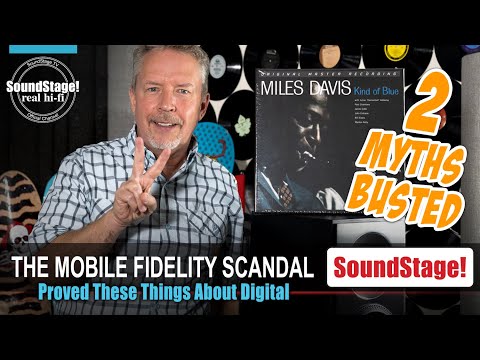