I am in the West country for a few days and last night we popped in the local pub for a quick drink and we found a 5 piece band setting up where we had had dinner the previous night.

We stayed right through and although there were a few dodgy moments, there was also a lot of great playing and I was sitting in a sofa with a pint of cloudy cider less than 20 feet from the band.

At that distance you see everything and it was a very enjoyable evening.

I didn’t catch the name of the band - the lead guitar was a bit of a show off, he seemed to weave extended guitar solos into every other song.

Anyone else been to any notable micro-gigs?

Some ‘pub bands’ / local gigging bands, playing mostly or entirely covers, can be very good indeed, and finding one unexpectedly can be a real gem, as you describe, And of course many a big act, or individual musicians later to become big, started out that way.

Rise, a record shop in Worcester UK closed last year. Young, local bands performed there. Crammed into the store there was a real energy and a cluster of fans and family. And the Hangnails and a four piece band with drummer on different occasions. Both were astonishingly loud for a shopping arcade. I do miss this independent shop.

We just call those gigs around where I live, as that is quite a common format for small pubs including open mic gigs… not more than 20 to 30 could fit in… I enjoy them… it also works well at this size for non amplified acoustic gigs. The interaction with the audience is usually really enjoyable at this size too… ie the audience is part of the gig. 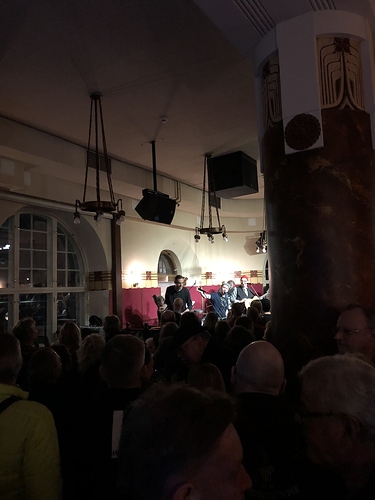