Since acquiring a Uniti One I’ve bought a few CD’s I already have quite a lot of Miles Cd’s mostly from the Columbia Legacy series obviously I want to get the best sound possible from the Unit’s CDP so does anyone know of any above the ordinary Miles releases that are not stupidly expensive. Thank you.

The Colombia Legacy remastered CDs reissued around 2000 are excellent as are the boxsets that followed but they out of print or very expensive.

When it comes to Miles Davis most peoples say oh you’ve got to listen to A Kind of Blue or Bitches Brew which is good advice but there is a gold seam in Miles’ catalogue that is so rewarding. It is this clutch of albums:-

The track We Loved Him Madly off Get Up With It is pure genius and a masterpiece.

Bob, I’ve moved this to the music room for you.

If you search for Miles on AZ, price lowest to highest, sort by box set, you can find a few bargains, especially if you don’t mind used.

the box of 10 cds live recordings in Montreux is wonderful. The period is 1973 to 1990. Good sound quality also.

Thanks everyone
I do have about 75% of his releases from about 1955 to about 1970 up until Bitcges Brew most are Columbia Legacy releases and a few prestige.
I will definitely check out some of the box sets.

I have a few CDs from the Columbia Legacy series.

However, I have to say the best version of ‘A Kind Of Blue’ I’ve heard is the Japanese import reissue featuring the ‘high-fidelity Blu-spec CD2 format’ (compatible with standard CD players). Stunning sound quality and highly recommended.

My Funny Valentine has amazing sound and is one of the best live recordings for dynamic range I have ever heard. I paid £3.99 for this new!

Agreed one of my favorite live LPs I have several copies a 70’s reissue and the Mofi release and also the Legacy 75th anniversary CD.

Hmm, hearing is believing. I have a few issues of ‘A Kind Of Blue’ and the Japanese import is easily the best 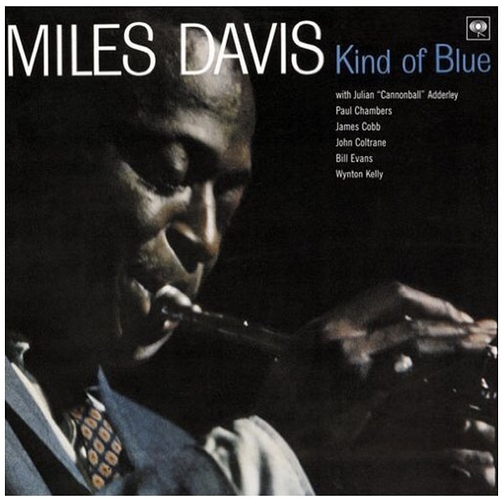 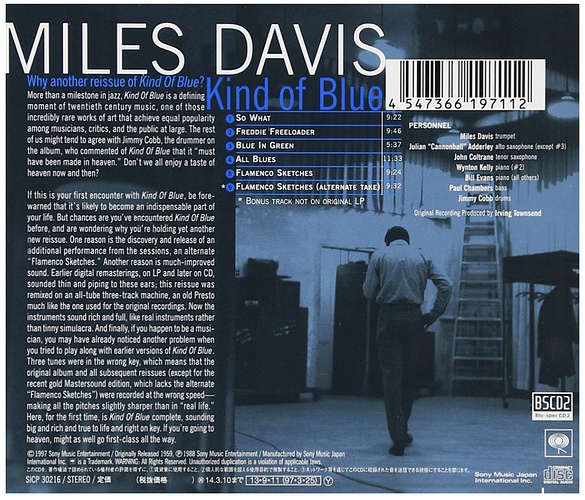 But do you have Kind of Blue from this series. I have quite a few mofi releases some are no better and others fantastic.

I’m talking about this BSCD2 thing. This is not a different master like MOFI or AF, just a different CD pressing.

Hearing is believing but also one can hear what you believe in. Something I’ve come to realise I’m prone to.

In relation to Miles I think Tutu well worth the price of admission. Don’t know anything about the individual CDs but the version from the Last Word box set sounds good. 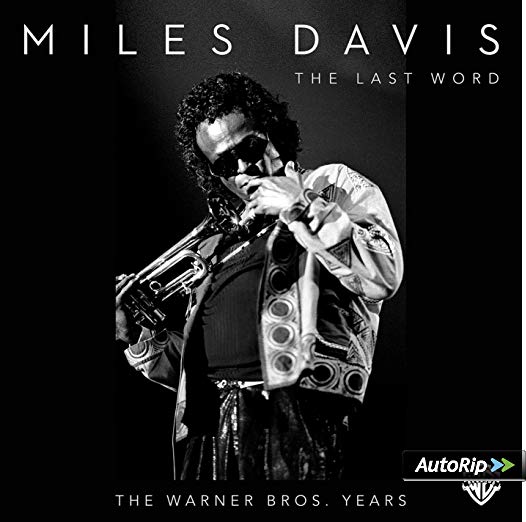 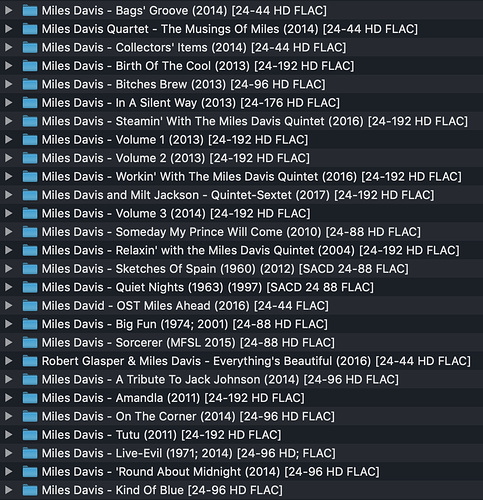 Not CD releases, but mostly from HDTracks over the years. HI-Res is the way to go if you can stream. Kind of Blue is my favourite.

Hmm, hearing is believing. I have a few issues of ‘A Kind Of Blue’ and the Japanese import is easily the best 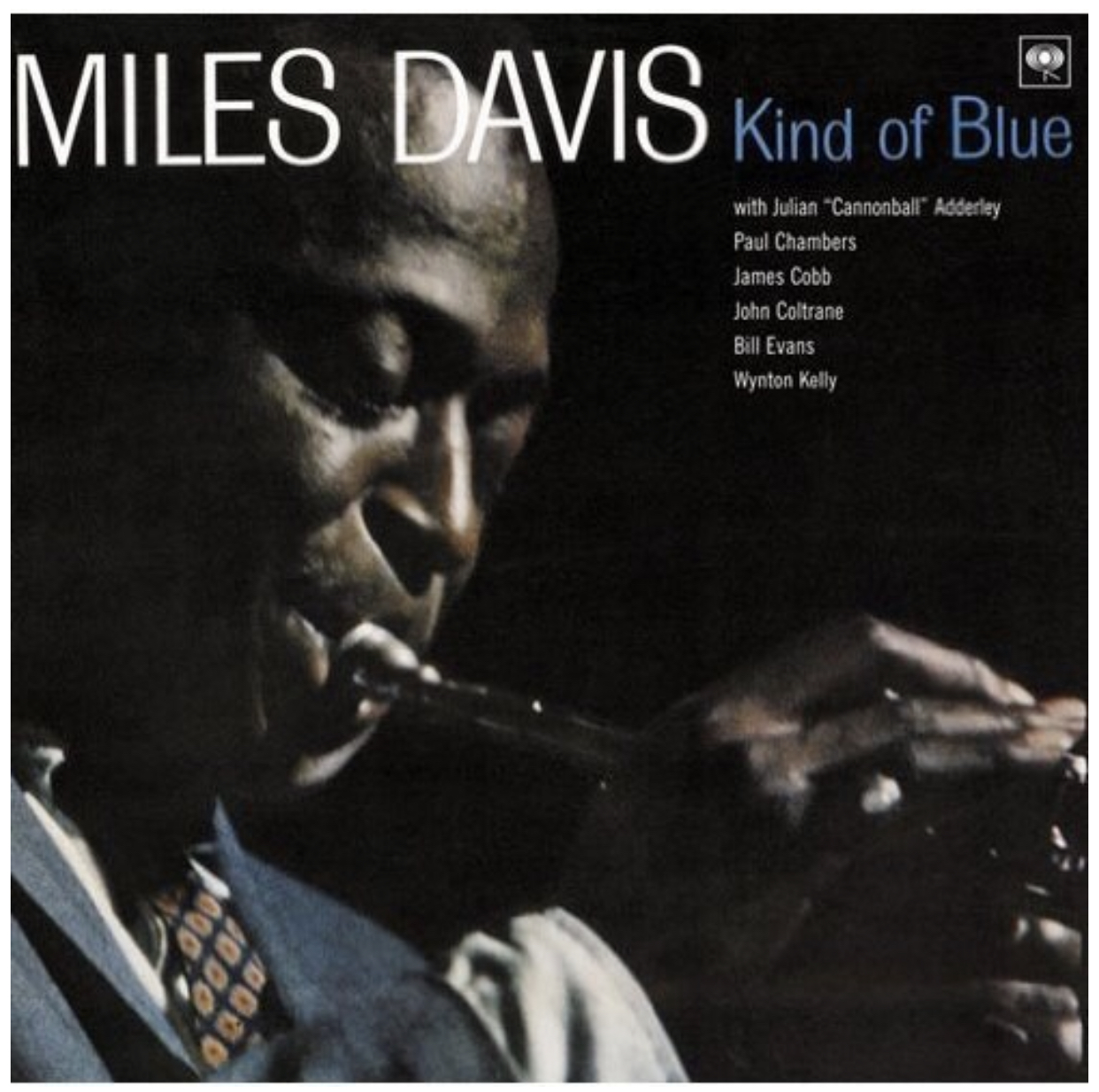 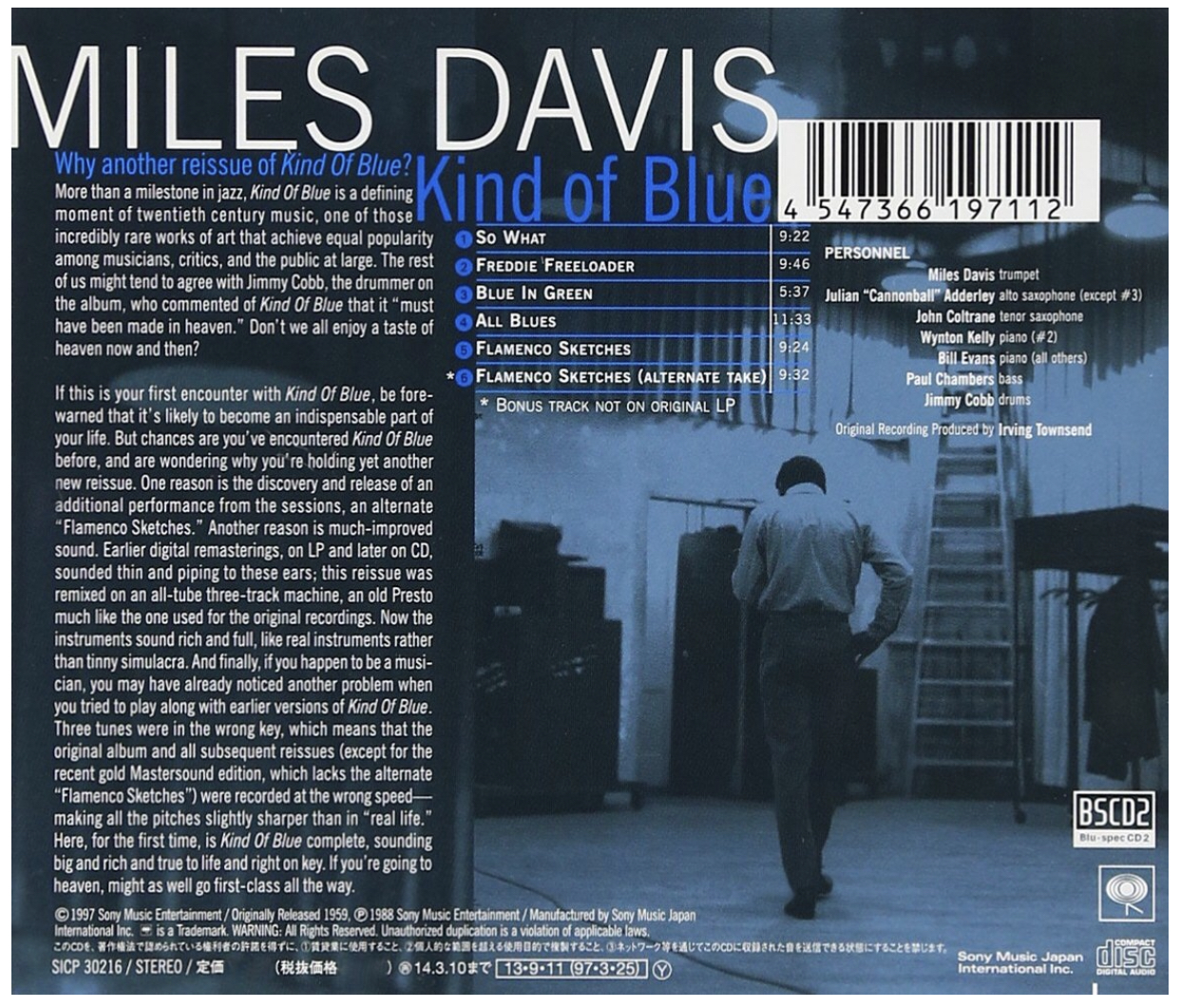 If ever an album didn’t need a ‘bonus’ track, it’s Kind of Blue.

I was listening to the ‘Legacy’ version of Bitches Brew on Tidal last night.
It sounded good, but I had opened a bottle of sauvignon blanc.
I also bought a hi res copy of Bitches Brew from Qobuz a while ago - but have no way to play it into my 272 via a link that makes the most of it.
Billy Cobham, Jack DeJohnette and McLaughlin et al are so good together on this.

Dark Magus is very good, but not as good as Agartha and Pangea from '75.
Not to mention the deeply groovy hypnotic jam that is ‘On The Corner’.

Recording sessions took place at Columbia’s Studio B over the course of three days in August 1969. Davis called the musicians to the recording studio at very short notice. A few pieces on Bitches Brew were rehearsed before the recording sessions, but at other times the musicians had little or no idea what they were to record. Once in the recording studio, the players were typically given only a few instructions: a tempo count, a few chords or a hint of melody, and suggestions as to mood or tone. Davis liked to work this way; he thought it forced musicians to pay close attention to one another, to their own performances, or to Davis’s cues, which could change at any moment. On the quieter moments of “Bitches Brew”, for example, Davis’s voice is audible, giving instructions to the musicians: snapping his fingers to indicate tempo, or, in his distinctive whisper, saying, “Keep it tight” or telling individuals when to solo (e.g. “John” - during track ‘Bitches Brew’).[10]

Despite his reputation as a “cool”, melodic improviser, much of Davis’s playing on this album is aggressive and explosive, often playing fast runs and venturing into the upper register of the trumpet. His closing solo on “Miles Runs the Voodoo Down” is particularly noteworthy in this regard. Davis did not perform on the short piece “John McLaughlin”.

Looking at this thread not unexpected but you’d have thought Miles Davis only released one album a Kind of Blue which if he had would have been good enough.

Agree @JimDog Agharta and Pangea are good (recorded on the same day I think) but Dark Magus has the three guitar scorching line-up of Reggie Lucas, Pete Cosey and Dominique Gaumont.

Hey JimDog, we like the same miles davis albums. Do you know Dark Magus? a live from 1974, with Dave Liebman and Pete Cosey among others. 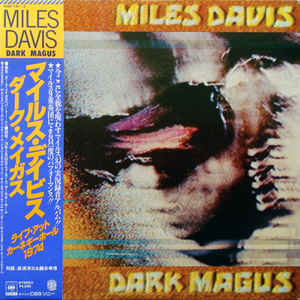 Do you know Dark Magus? a live from 1974, with Dave Liebman and Pete Cosey among others.

I know it, but not well enough - am going to listen to it tonight. Andy mentions it in the post above too…

Just bought Miles in Berlin another LP I wasn’t prepared to pay silly vinyl prices for AND NOW COST ME £4.99 on CD! I’m looking forward to this one it’s been on my wish list for a while Legacy Edition again I think.