My search for a on stop mobile HiRes streaming solution, as i have found the add on DAC’s where ok, but not WOW, i did like the Cobalt could do the full MQA unfold purely in terms of Higher resolution.

So reading up i’m looking into the LG G8 ThinQ, says they actually partnered with Meridian.
If only Naim would make mobile phones

Has anyone else tried the LG MQA handsets, seem very niche and i do love my Samsung and was ready to hit the button for the Note 10+.

They still don’t support native 44.1/16 though, some balls up by LG apparently so it upsamples. UAPP is still the best app for unmolested audio , not sure Tidals own apps sound that good as it.

Thanks it was proving hard to source and some seriously bad reviews non really focused on the audio merits.

I am on the iBasso DC1 search, sound good, no MQA, balanced and tiny, but totally out of stock and bit fishy all reviews are “I was given this …”

how about the ifi nano idsd black label? It does MQA. 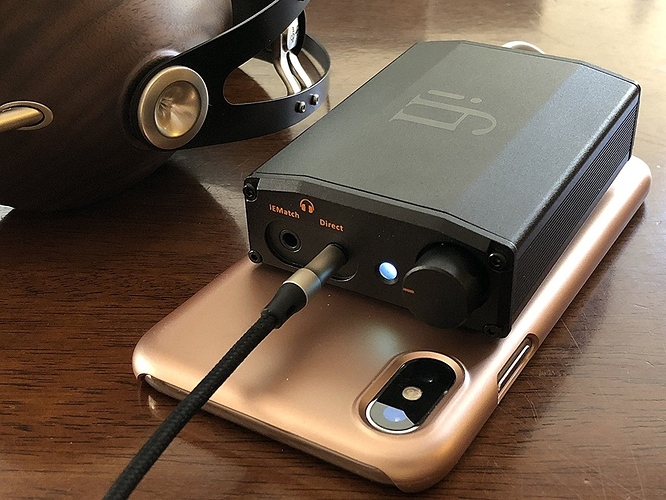 I have one, the cobalt beats it hands down. It’s also not very good for on the go as it’s bulky. Funny though it’s paired with my Meze 99 Classics in that picture, it was not a good pairing in my eyes, thats why it’s now my work rig with AKG k550’s.

If your looking at DAPs and MQA then your limited it iBasso DX220, Hiby R6 Pro or the FiiO M9/M6 for the higher end. The Hiby R3 though is.supposed to be good and cheap and does MQA, but runs their own os not Android so you cant install apps outside of their list. Saying that it has Tidal, Spotify etc.

LG v30 and V40 get reviews for their DACS but still have the same limitations and some apps still don’t shove off Androids resampling.

Is MQA really a deal breaker ? I can’t say I’ve been overly enamoured with the MQA material I’ve heard via Tidal compared to the non MQA versions.

It you have a full mqa decode and renderer it can be very good especially for mobile or portable useage, all my portable DACs support it and I was surprised the difference makes with a full MQA DAC.

there are not a lot with full MQA decoding apparently?
IBasso and Flio are portable players, but without Wifi.

The only portable player i found with Wifi and Mqa is the Pioneer xdp 300r.

I did bypass the ifi.

Nope iBasso, Hiby and FiiO all do WiFi and MQA on particular models I posted.

You have the Mytech Brooklyn DAC for your headphone rig? Then that is full MQA yes.

It does depend on content, I’ve heard some awful ones as well as superb, same goes for hires pcm though.

Very true - some of the titles I’ve listened to in greater than Red Book resolution makes me wondered why they bothered. Mastering and recording is far more important than resolution (IMHO) so accessibility to hi-res or MQA content isn’t really too much of a deal breaker for me. I’ll have a better look at the MQA as you’ve got me wondering if it should be sounding a lot different to the standard content.

thanks. it was not specified on the french site…

Actually I owe you a small apology as your right about the FiiO ones, they only allow Tidal software unfold so you need to use external DAC to get full MQA. Hiby and iBasso do have full renderer. But that’s it and on iBasso it’s only the top model . I think the Hiby R3 is a likely contender it’s tiny and only about £200. It’s on my list to try but when I go for a DAP it also needs to support Roon, so an Android based one is essential.

Just looked up the Hilby, might give that a go.

Question am I getting too worked up about 2.5mm balanced vs 3.5mm IEMs, I ordered the IBasso IT01 which can do both if I buy 2.5mm leads.

2.5mm balanced is so old school. The new In connectors for balanced are 4.4mm