When we moved to our new house, we had some extensive refurbishments undertaken and we lived in the garage for some months. So when we finally moved in and got my Naim boxes out, I was full of anticipation.
The house had been rewired and the work included a separate distribution box and six 10sqmm radials for the hifi system. When the system was eventually connected and switched on, the clattering noises from the psu transformers were a big disappointment.
Switching the other distribution box off (to the rest of the house) had no effect on the noise. It appeared that it was something arriving on the mains from elsewhere.
The need for a DC Blocker came onto the horizon. However, the challenge has been to find a unit that could clean the mains for the whole system. I want a single solution for the whole system that could be installed before the distribution box. Otherwise, my alternative would be individual blockers for each of the six radials (perhaps this could be reduced to 3: for the 555/552/500)
I found the ATL audio blocker and bought it. The electrician has opened it and accepts that it is good for around 50 Amps. However, to be on the “other side” of the distribution box, it should have its own RCD and switch.
This all started before the lockdown and I am now waiting for work to start again and the return of the electrician.
The ATL Audio device was reasonably priced and the gentleman there most helpful.
I will report back what happens when it is switched on.

It looks to be a good device… BTW given the device is also sensitive to inductance, I would only wire in after a fused plug into a multi-way connector powering the transformers, rather than wiring in at the consumer unit… I would not treat this as a general power supply. BTW the ATL V3 device is fused at 10 amps… with their high current device at 30 amps (with possible increased D.C. short term pass through). Do you have a different unit with a significantly higher current rating?

For the best performance I would go for a lower power V3 version and directly power your high power low inductance transformers after having used a fused plug from your radial to connect to the D.C. blocker. If necessary use multiple blockers, but I suspect you will be fine powering from one V3.

Thanks Simon,
I was told 50 Amps but am not qualified to argue the point.
Could you clarify the need for a fused plug please? My next idea would be to buy 2 more ATL devices and have them wired into each of the radials that supply the Naim power supplies, before the plug. This would have a particular benefit of being able to put them in the cellar, out of sight. I am very keen to reduce the number of boxes in my listening room. This is a difficult challenge with Naim Audio!!

I would use devices that connect to (in the UK) a fused plug - as opposed to be internally wired to the house infrastructure and protected directly at the consumer unit. It looks like their V3 version have a socketed power lead going to them.

I have ordered 2 high power units. Perhaps they are the same as the one I have already (that Aleksandar at ATL said were good for 50 Amps). This will work our neatly: each blocker will be on its own radial circuit that only supplies current to a single psu. There are a total of 8 radials of 10sq mm T&E each, coming from a dedicated distribution box that is not connected to the main distribution box, but is directly connected to the tails from the meter.

I thought I would add some pics of the final installation.
The distribution box comes straight from the meter. There are 8 radial lines; 6 x 10mmsq and 2 x 6mmsq. The latter two are for the loudspeakers, the former for the sockets on the stack.
The DC-Blocker is as per previous descriptions; 3 x 35Amp units from ATL mounted in a box.
The 6 large radials come to a column of sockets next to the brawn stack.
I must thank Tony Baker from Basically Sound for his invaluable assistance in setting up my system. It sounds better than ever. 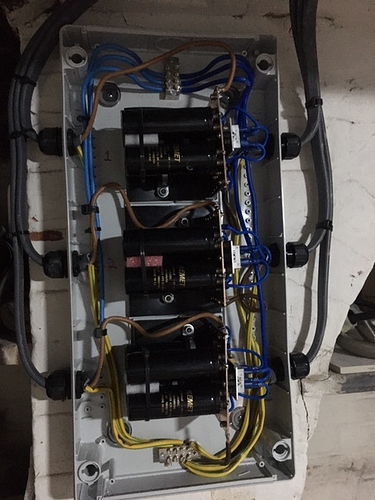 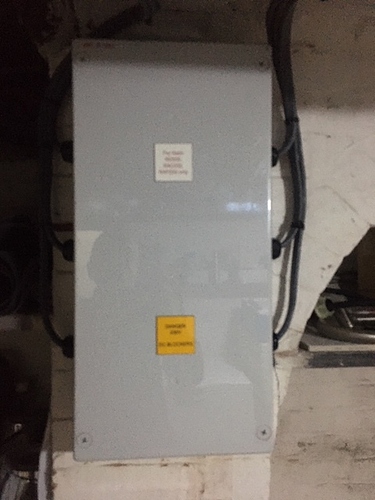 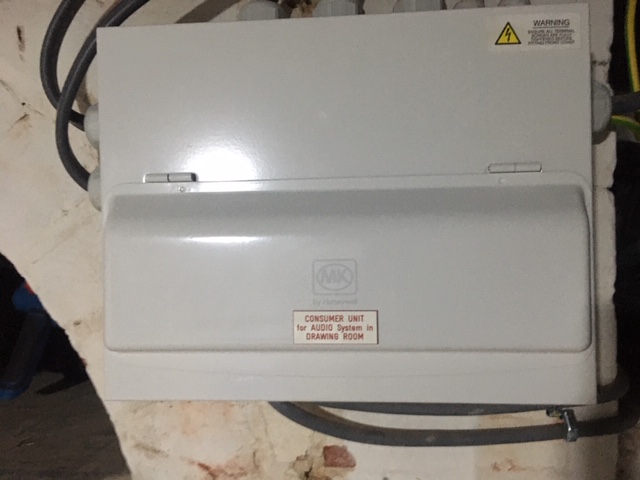 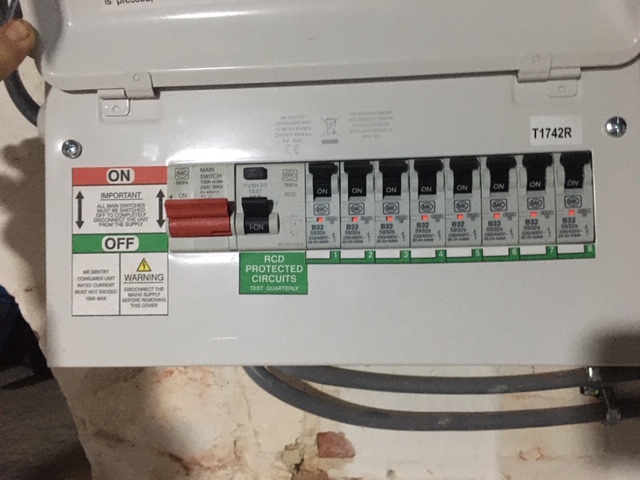 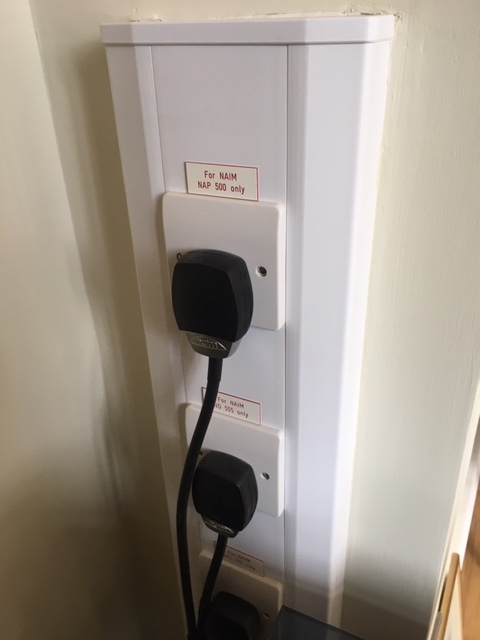 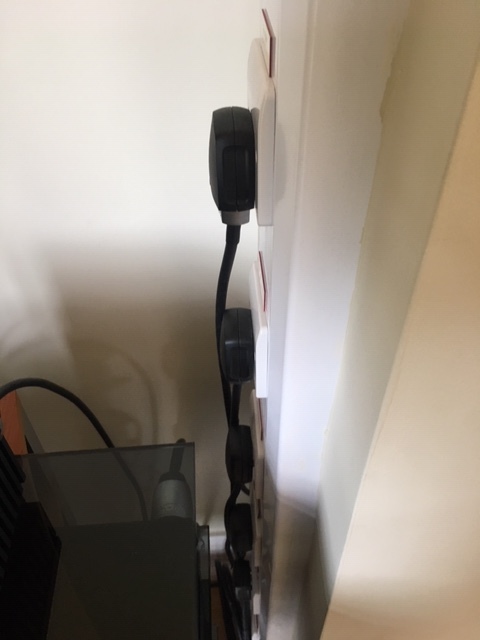 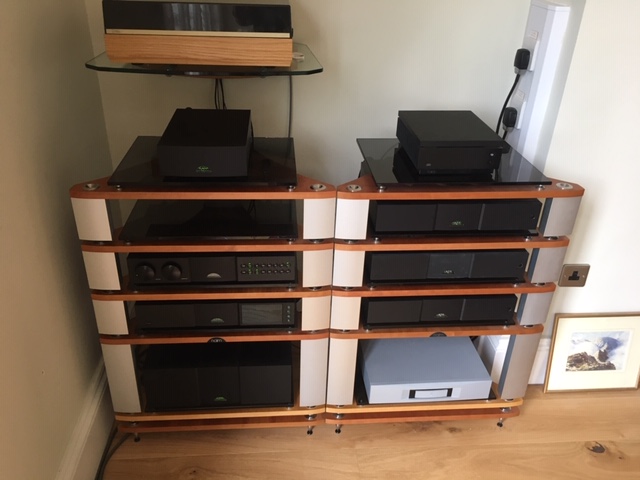