I heard a song on BBC R2 this morning that made me stop & think a bit.
Morrissey - he of the Smiths, has a new single out “Wedding Bell Blues”. The very same song & in the same style as written and recorded by Laura Nyro in 1966 & the #1 hit by 5th Dimension in 1969.

I’m not homophobic, far from it. I have no problems with LGBT bands & related songs & themes. I’m just asking the question as to why has he taken such a well known heterosexual romantic song & recorded it as a cover of the original releases.
My first thoughts are its probably making a political point of some sort, it is Morrissey done & said all, but whatever … Comments

Bill I love you so
I always will
I look at you and see
the passion eyes of May
Oh but am I ever gonna see
my wedding day?

Yes, I laughed too. OK, Mike, I’ll amend the thread title for you…

It’s from a new album of covers by Morrissey called Californian Son:

Morrissey has always written and sung about unrequited love, sometimes in an explicitly homosexual way, so this shouldn’t come as a surprise. What’s more of a surprise is that someone should find it an issue to be raised on a forum. When people write ‘I’m not homophobic’ and then proceed to make an issue, it suggests that perhaps it’s worth a closer examination of why they were driven to raise the issue in the first place.

Come on Nigel, get a life, I’m just posing a question, why take such an overtly heterosexual classic as this & release it as a single. The album has a number of others to choose from, Roy Orisons ‘It’s Over’ for e.g.
I also say in way I’m not surprised as it’s Morrissey…

Perhaps he and the record company just thought it was the strongest song for a single. The Smiths sung the old Cookies song I Want A Boy For My Birthday at a gig in 1982. Songs written from the perspective of one sex have been sung by the other, without modification, countless times over the years. It’s simply not an issue. Or at least, it shouldn’t be.

why take such an overtly heterosexual classic as this & release it as a single.

Laura Nyro, for one, would be thrilled. 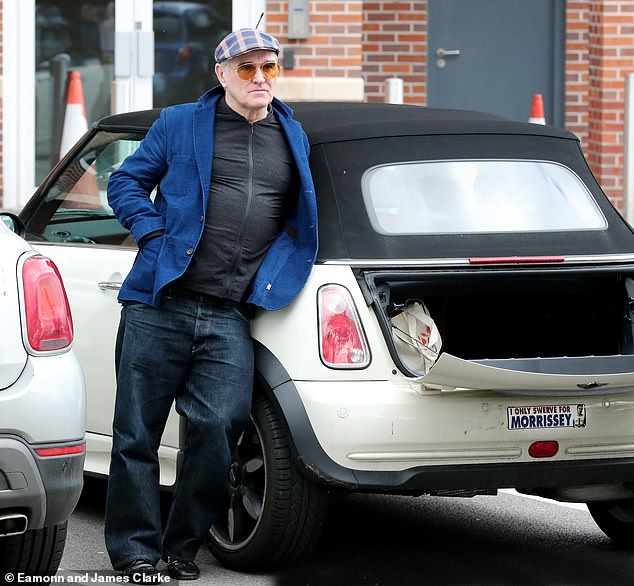 Pull up to my bumper baby…

(Note he is leaning to the left. Should keep Nigel happy)

My reasonable liking for some of the Smiths has largely been destroyed by Morrissey’s subsequent antics but I have to wholly agree with your observation. There are social media accounts tittles “I’m not racist but” and this falls squarely into that.

The far far more interesting questions would be why Morrissey would out a cover/duets album out right now, and, why anyone would find changing the gender or inferring a different sexuality in a cover version to be something worthy of comment. The history of popular music is littered with many examples.

I won’t pass comment on the OP questions and remarks. I think you’ve covered that nicely.

However the reason behind him releasing an entire album of covers is obvious, he’s run out of ideas and sadly he hasn’t released anything decent since 1994’s Vauxhall and I.

I was a massive Smiths fan and I got to see them once in Wolverhampton 1986 (I was 15 at the time). Morrissey was a God to me at the time but I’ve had very little time for him for well over twenty years. He comes across very bit and twisted.
During his time with the Smiths he always had the bitchyness but he had the wit to carry it off. This is no longer the case. I’ve grown up and moved on but Morrissey hasn’t. It’s all so terribly sad.

Johnny Marr on the other hand IS GOD!

Couldn’t agree more Blackmass.
I’m absolutely with you on Vauxhall & I. It was Morrissey’s last decent album IMO. I was a massive Smiths fan and bought everything album and 12” they produced (vinyl) at the time.

The contrasting gulf between Morrissey and Marr as people and artists has sadly grown over the years. Morrissey’s autobiography simply showed himself to be a bitter out-of-touch narcissist. He sadly lost the plot some years ago. Making racist comments and identity with Farage was a surprise to no one. This from the man who once penned some of the most utterly beautiful, erudite, poignant and funny lyrics in popular music. He once spoke from a place of aching vulnerability, “it takes guts to be gentle and kind”. Ironically this comes from “I know it’s over”. And it is. And that really is something to mourn.

Marr on the other hand is pure class. Gracious and generous, insightful, outrageously talented, relevant and can still (albeit occasionally) match his best achievements with The Smiths. IMHO.

Couldn’t agree more re: Morrissey. Couldn’t agree less about Marr. Have read many reviews user the years talking up his playing and have seen him live in many contexts from The Smiths through accompanying Bert Jansch. Never less than absolutely average and fairly non-descript. Lovely, sincere bloke but the music is not all that.

I don’t really see the problem Mike - was the original very special to you for some reason, covers can often grate, though some are better than the originals especially perhaps if you’ve never heard the original version.