Has anyone else tried the update for the original Qb? After one hour the result for me is 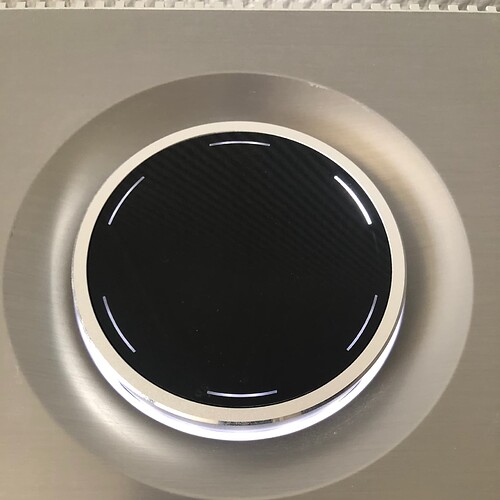 and the status indicator is red. According to the update page in Naim App this should have been finished in 15 min.

Has anyone any suggestions?

Looks like it’s got stuck in the update process, @osprey . Please power cycle your Qb (switch it off at the mains, wait 10 seconds and turn back on) and all should be good.

@Naim.Marketing I was hesitant to power down since the instructions were against it. All good now though, thanks.

I had exactly the same problem with my Mu-so 1st generation this morning. Unplugging and waiting (twice) still returned me to the same problem when the Mu-so was again plugged in. In the end I pressed the reset for more than 10 seconds. While the Mu-so didn’t appear to reset it did then reappear on the iOS app and offered the firmware update again. On that occasion when I applied the update all went well…very much to my relief.

Thanks for sharing. Wondering if there was an initial wi-fi issue.

You did all the right things, though - try a Power Cycle first, then if that doesn’t work, try a reset.

Wondering if there was an initial wi-fi issue.

I suppose that’s a possibility because I triggered the initial update from downstairs on my iPhone (the Mu-so is upstairs: Wi-Fi is a Linksys Velop system with an upstairs node by the Mu-so). The second update was trigerred from my iPhone while standing by the Mu-so—which immediately then started the update without re-downloading it.

Worth noting as well that you need to keep the App open during the update process.

It took me three tries to update my Muso 1. First two were on wifi. Waited 20 mins each time, spinning control knob, unplugged, retried second time, no luck still. Powered down for the third attempt, plugged in ethernet cable, and this was successful. My Muso is 3 feet from the wifi access point and normally has a very strong signal.

Yes - I’m sure that’s important, although in my case (on both occasions) I did so until Return to Room View appeared at the bottom of the screen.

3 QB’s updated here successfully, two on wireless, one wired. Took about 10 minutes each.

I was able to close the app once the firmware had been sent to the Muso which only took a minute or so at the beginning.

I wonder why others are having issues?

I’m sure the overwhelming majority of Mu-so owners will update without incident; the firmware has been extensively tested in-house and among our external group of Beta testers.

For those having any issues, we are here to help.

As I understand (and as discussed above), these Mu-so:s update the firmware through the app (compared to new Unitis/Streamers/Mu-so 2nd, where the app only triggers the update, and then the devices pulls it itself).
Hence, you could have issues with the connection between app and device (bad WiFi, …) or the app being closed too early. - Both things are rather irrelevant for the newer systems.

Then again, there might be a generic IT issue: systems with long uptimes sometimes behave better, after they are rebooted.

Updated and no issue, took about 10 minutes, lots of flashing but all OK, just can’t get the image to be the right way up. OK on phone but not when uploaded!! Funny old thing technology. 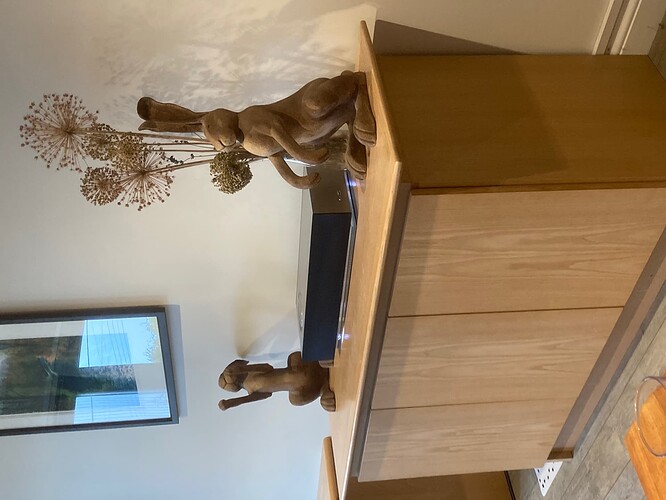 Hmmm. 2 unsuccessful attempts so far. The first hung but reverted back to the original firmware so I was able to try again. This has also hung although further into the process. A power cord pull and restsrt just takes me back to the same hung position and the Qb does not appear in the app. Will try a reset and see what happens.

Are you keeping the App open throughout?

Yes. I made sure to the second time I tried. I’ve got to go out for a while but will give it another go later.

I’ve spent an hour. I’ve turned it off a few times. I use Bluetooth to connect the Muso QB1 to the iPhone. It’s flashing blue at the back and the volume dial is glowing but nothing is happening. Any suggestions ?

Your phone and Mu-so Qb need to be on the same network (wi-fi or ethernet connection) for the update to work.

Although you can use Bluetooth to stream music to your device, this is one occasion you really need to be connected to the internet.

Yes both the phone and Muso are on the same network. Does the blue flashing light and glowing volume dial mean it’s still updating ? It’s past midnight in Australia