I love the works of Gustav Mahler more than just about anyone else (except Mozart and Beethoven, of course).

But, try as I might (and I have tried off and on for almost 40 years now), I cannot bring myself to like - or even listen to, actually - his Seventh Symphony. I keep buying new LPs with different conductors (I’ve tried Abbado, Solti, Kubelik, Bernstein and probably a few others), but I’m always left with a ‘what-the-rubber-duck’ feeling afterwards! So it can’t be the conductors. Did old Gustav just have the musical equivalent of a bad-hair-day when he composed that particular symphony?

Going to a different thing entirely, I like all the albums made by Yes, with all their changes of personnel and musical styles over all the years, but then I encounter the huge stumbling block that is ‘Tales From Topographic Oceans’, which introduces similar degrees of bafflement on my part.

Does anyone else feel the same way about musicians that they really love having musical ‘off days’?

It could simply be the key the songs are played in.

You may well have a predispositioned preference for some keys and not others.

If I start with Tales from Topographic Oceans, it is one of my favourites. Rick Wakeman himself speaks poorly of it though. There are other Yes tracks and even albums I don’t like.

Even within the Planet Suite, I have never liked ‘Mars’.

Some of Vaughn Williams’ work I adore. Other aspects I might still need to work on.

I think it’s probably like Venn diagrams. We don’t wholly overlap with the musicians or with each other. I also think we can change with the passage of time and through experiences and influences. There is also music that over the years has drawn me back until I ‘get it’ and once I do, I’m a convert and music that has lost it’s impact for whatever reason. 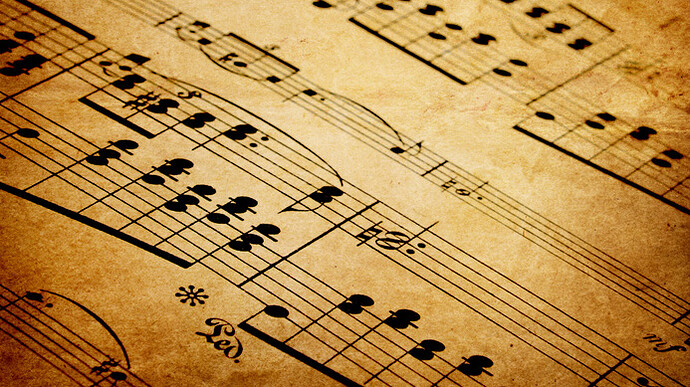 Would you believe that there is a conspiracy theory about the way we tune musical instruments? And that this theory even involves the Nazis, chakras, and whatnot? No? Then sit down and enjoy perhaps

Could be some works written in a different frequency sounding off with an inappropriate retranscription.
I dare say @Innocent_Bystander could provide more information here.

Hmm, not an area of particular knowledge for me and I’d only be speculating. Maybe a musician like @Ardbeg10y may be able to offer thoughts on different tunings?

Interesting theories, thank you, all of them.

Is it possible, though, that even the best musicians - over the centuries - have bad days, and occasionally produce music that’s cr*p?

Of course, it’s vastly presumptuous of me to criticise great musicians, especially as I couldn’t produce any music at all, even if my life depended on it!

As for the original thread question, artists producing some things someone doesn’t like among other things that person likes is perhaps unsurprising as all people are individuals with different tastes.

My own experience with music is that artists change/evolve over time, in most cases with artists I have liked their music at some point reached a peak in my appreciation, then declined, and I generally stopped buying their music when the decline to my taste became too evident. Led Zeppelin was an example of this for me, in my case they started at a peak with 1 & 2, slightly declining through 3 & 4 though still very enjoyable, then Houses of the Holy which I found quite disappointing. I listened to tge next in readiness to buy, but didn’t bother and I gave up on them.

However an artist could of course go through multiple peaks in creativity, though in terms of appeal to me multiple peaks have been rare. Pink Floyd is an example - improved over successive albums to peak on Atom heart and Meddle, changed but brilliant on DSOTM, starting to decline on Wish you were here, more so with Animals where I was going to abandon them, but then came the brilliant Wall and climax Final Cut, etc.

So yes though I can’t at this moment think of any artist where a single album has been so bad as to be unlistenable to me, sandwiched between consistently good albums, I can see that it could happen.

Also, it was sometimes said that artists were forced to rush out an album by the record company, not putting their normal creativity into it - and with classical composers that may well have happened with specific commissions, those being the source of at least some composers’ incomes.

Hi IB, yes I know quite a bit about it. I could rewrite wikipedia here, but I stick to personal observations.

A first eye / ear opener was when I had lessons Gregorian Chant. I learned that choosing a certain pitch was done completely at random by the teacher ((=‘cantor’) without a tuning fork. He observed who was there (quality of voices available), the moment of the day (morning / afternoon / evening) and the accoustics of the venue, repertoire and based on that he chose a pitch. He learned us that Gregorian Chant was usually sung without instruments therefore the pitch does not matter. The pitch start to matter once instruments are involved, and thats the second half of the middleages. Think Ars Antiqua era. Once poliphony kicked in, they started to sing all sorts of colorations around the existing notes so the ‘harmonic progression’ (not known to these fellas!) slowed down. They replaced the slow voices by instruments e.g. the bass was played by an wind instrument or an organ. Example: Leonin: Organum Duplum, "Viderunt Omnes" (comparative transcription) - YouTube
In this piece you see the slow tenor versus the colorations of the superior voice(s).

The point is, pitch and tuning get relevant once instruments start to be involved.

Another eye / ear opener for me was that pitch is also practical in a different way. They higher A is, the smaller the instruments can be. E.g. old organs often have a higher pitch since mid europe was poor around 1600. A higher pitch implied less material needed. Google ‘short octave’ for more information. Old instruments often have reduced options in the bass area.

In the renaissance ‘meantone’ was common, and thats my favourite. Certain chords are perfectly tuned and sound brilliant. Some chords are impossible. One of my favourite pieces of music is this: Sweelinck's Fantasia Chromatica in mean-tone tuning - YouTube A nice performance, which I could play as well.

Meantone is limited though, since not all tonalities are possible. In Bachs’ time a tuning like Werkmeister III was common, but got replaced by ‘well tempered’ tuning - Bach wrote das Wohltemperierte Klavier as an honour to this tuning. Bach visited all 24 options in that work. C (minor / major), C# (minor / major) etc …

From that moment on all sorts of music were possible. Beethoven was possible, Brahms, Bruckner, Beatles and what not.

Music as we know exists based on an imperfect system, an ultimate compromise in tuning.

Personally, I love meantone though. When I visit a church, sit down at the organ and press one key I’m instantly back in 1600 in my personal timecapsule. Its magic really performing old music. These churches existed already 600 years ago, these organs are 500 years old there is nothing what is of recent ages besides myself. There is no way to bring back the past so lively as by performing old music.

This is maybe why hifi is a complete unknown territory to many musicians. It just does not matter.

Hi Ardbeg, thanks for that - very interesting and enlightening!

Whether pertinent to the OP’s query is another matter - one would think the conductor would notice if the tuning made a piece of music dischordant.