Which specialist music Magazines did you take/ do you miss.

Inspired by this donation to Oxfam. There is also a full set of Dark Star mags. I’d only heard of Sniffin Glue and was most intrigued by Impetus. 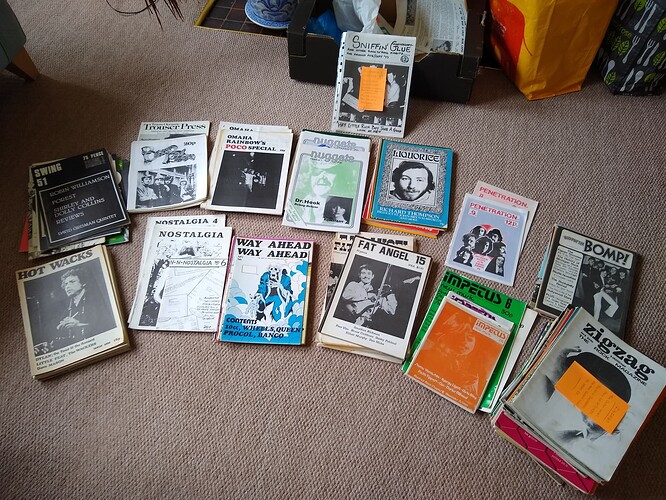 ZigZag for me. Wish I still had my copies.

I never progressed beyond the Melody Maker, but back in the late 60s that was carried in the pocket of your old army great coat as a badge that marked you out as a particular type of music afficionado - and seemed to act as a powerful repellent to most young ladies.

As I recall, back then most music magazines (Beat etc. ) were more pop oriented.

Zigzag, Dark Star and Omaha Rainbow. They’re in the house somewhere- I must dig them out. All from the golden age of fanzines.

From a slightly later generation, Smash Hits in the mid-1980s was astonishing in what it managed to sneak into its journalism - the polarised politics of the day, even the odd hifi review. It was as if no-one had told them that teenagers shouldn’t be exposed to such heady stuff. As a journalist of my generation wrote, many years later, its peculiar genius was to write about pop music as if it were simultaneously the most ridiculous and the most serious thing in the world.

I didn’t need magazines to repel the opposite sex - my 13-year old self seemed to be more than capable of doing that without assistance.

Melody Maker for a good few years, then switched to Sounds - however these were newspapers not magazines. I don’t recall ever seeing any of the bunch shown by the OP, though I recall seeing The Beat, with the same view as that of @badger1954. Reading that post I now realise what went wrong in my teenage years - I thought that carrying MM prominently visible each week would attract girls, telling them I was into things more intellectual than the latest pop idol, hoping it would overcome my natural 13 year old’s ability to repel (like @Ebor)!

Back to music mags, I bought a few selected copies of The Pianist in the late 90s/early 00s when one of my sons was learning piano! The included CD providing an introduction to some things I would never have heard otherwise.

I did buy usually at least one HiFi mag a month for some years from late 60s, through 70s, reducing in 80s until confidence in their content killed completely by the excesses of people like Jimmy Hughes and Peter Belt.

Bit if a theme emerging here - definitely a blokey thing. Took me too long to realise that earnest (one-sided) conversations about Hatfield and the North’s new album did not result in leg-over. Buying Tapestry and Blue on the other hand …

A good haul there and they should make for fascinating reading. I have still got some copies of Dark Star somewhere. Swing 51 I had forgotten about, but I did buy it on occasion. For the weeklies, I started with Melody Maker and then switched to NME, maybe in the mid-Seventies. I wonder if the Beat was previously Beat Instrumental.

I still somewhere the first ever copy of Kerrang! along with probably the first couple of years worth of magazines.
Then odd ones on and off for a few years of something interested me. 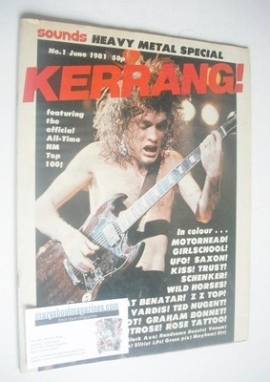 Stock photo not mine

Uncle Bert was a White Star line bosun and knowing of my keen teenage jazz interest he used to bring me copies of DownBeat and Metronome magazines. 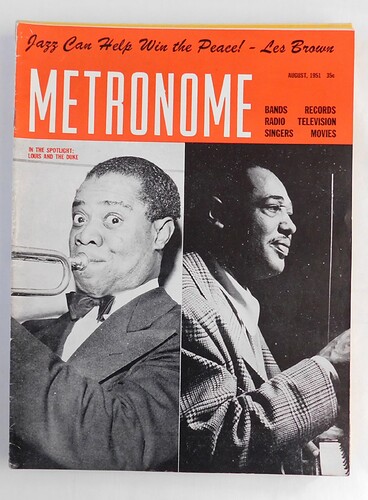 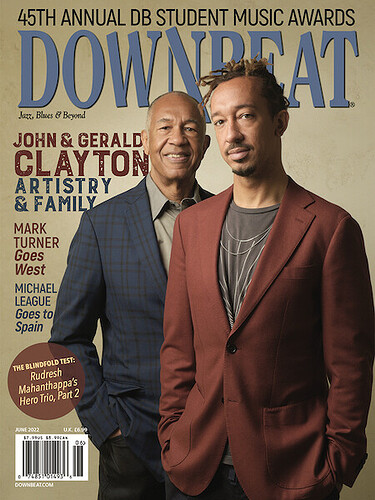 Melody Maker when it was jazzy. Jazz Monthly and Jazz Journal.

Quite the Nerd (still)

Melody Maker back in the day and Jazz Journal. A great shame that Jazz Journal stopped the print edition some years ago.

Q was a real inspiration in widening my music tastes. I collected it from issue 1 (1986) to about 2000.
The early ones even had a little Hi-Fi section ala Gramophone. I remember being really happy that my Arcam Alpha amp and Wharfdale Diamonds were considered top picks.
Due to space the Q collection ended up in the loft and got thrown out when we moved house.

PDFs of issues 1-50 of Kerrang can be found on the interweb.

Me too plus Vox and Select. Put them up in the loft thinking I’ll read that review sometime - never did. So with great relief I took them all to the dump and that was that. I’ve given up on Mojo and Uncut.