Can anyone recommend any decent acoustic guitar albums or slide guitar.

Have you tried Leo Kottke? Finger picking style, primarily blues, jazz and folk influences. Not everyone’s cup of tea, but I really like some of his stuff. Chewing Pine and 6 and 12 String Guitar might be worth a listen.

Most of these are instrumental albums:
Hermit by John Renbourn
Coast Road by Stuart Ryan
Tilt by Colin Reid
Anything by Tommy Emmanuel
Bert & John by Bert Jansch & John Renbourn
Anything by Jerry Douglas for slide guitar
The Guitar Player by Davy Graham

There’s too many to mention, but some of these would lead you on to discover more. Enjoy…

Just remembered late great Johnny Dickinson. A lovely guitarist and singer from Northumberland. Any of his albums are worth looking for.

Righteousness and Humidity by Martin Simpson is another great album with some wicked picking and slide guitar.

One album I’d single out is Martins 4. It’s got Martin Carthy, Martin Simpson, Martin Taylor and Juan Martin, all outstanding musicians in their fields and wonderful together.

I’d also recommend this Schubert album on ECM new series. The combination of cello and guitar is just superb. 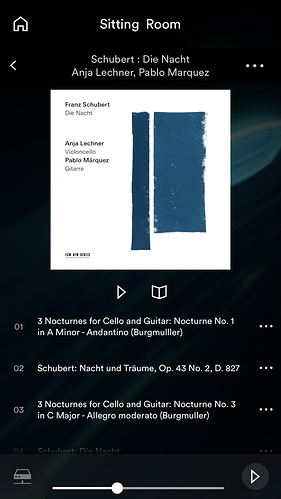 Richard Thompson’s Acoustic Classics 1 & 2 are great listens. If you enjoy them, then his Acoustic Rarities would be next.

Pierre Bensusan. A French artist, I’ve no idea how well known outside France,
Any album of his, really, though his early ones had significant vocal content, in a mainly folky style. More recent albums that I’ve heard have been mainly solo acoustic guitar, though occasionally some vocals and occasionally other instruments, and certainty some of the stuff I’ve heard from the past decade or so has been rather good. Across the albums there seem to be a range of interpretations of other pieces and his own compositions, I think tending more towards the latter over the years, though I haven’t looked deeply. He has a new album called Azwan that I haven’t heard yet - I may try on Spotify later today.

Or if you fancy classical guitar then two approaches: Either pick a guitarist like John Williams and try what he’s played, or a composer like Vivaldi and try his guitar compositions. 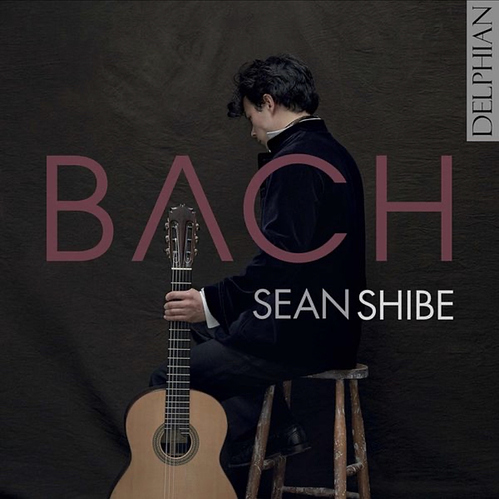 This is an album just released by a young Scottish virtuoso - unaccompanied guitar. His playing is sublime and the overall SQ is phenomenal

Gordon Giltrap, lots of great albums. A Matter of Time with Martin Taylor is a favourite.

As we’re expanding styles, here’s someone who knows a thing or two about Gypsy Jazz… 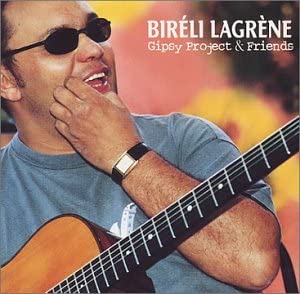 Of course you could try the original Django Reinhardt

That’s one of my favourites – a wonderful album.

Another vote for Antonio Forcione. Touch Wood is a great album and very well recorded! 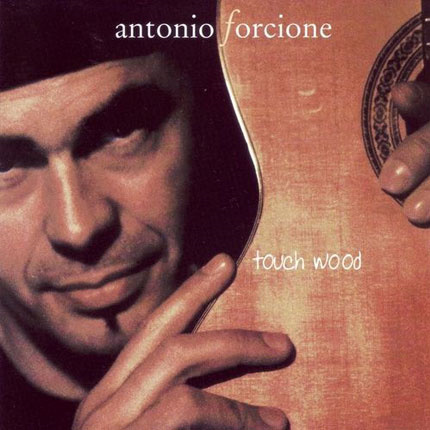 Derrin Nauendorf
Anything from his repertoire but these 2 are worth a listen. The live albums are also well recorded. 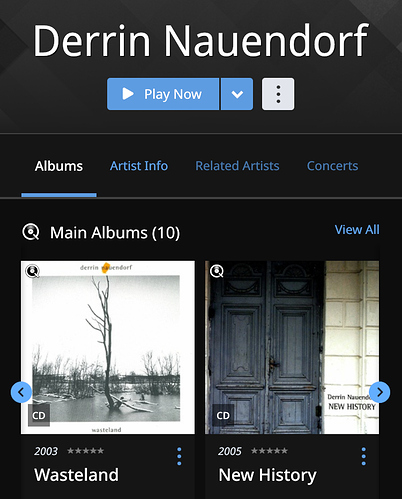 Fine musicianship from Christoph Denoth. The Piazzolla sequence in the first 10 tracks is particularly enjoyable. 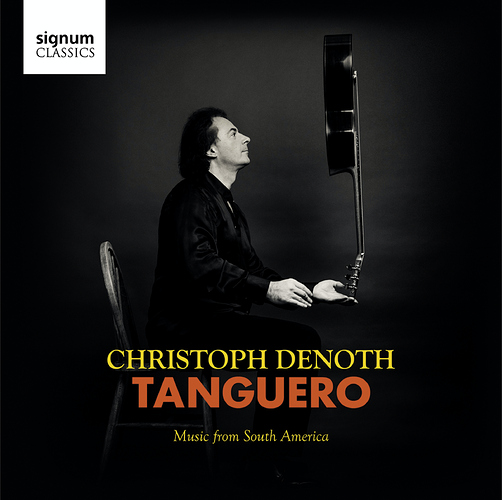 Some good recommendations above, I would add these three: 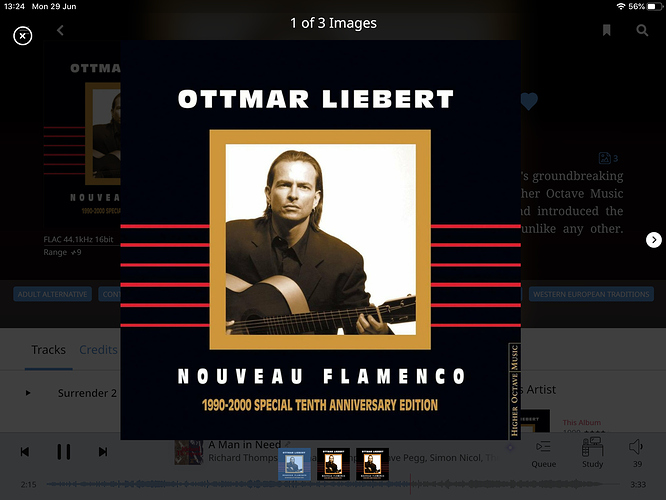 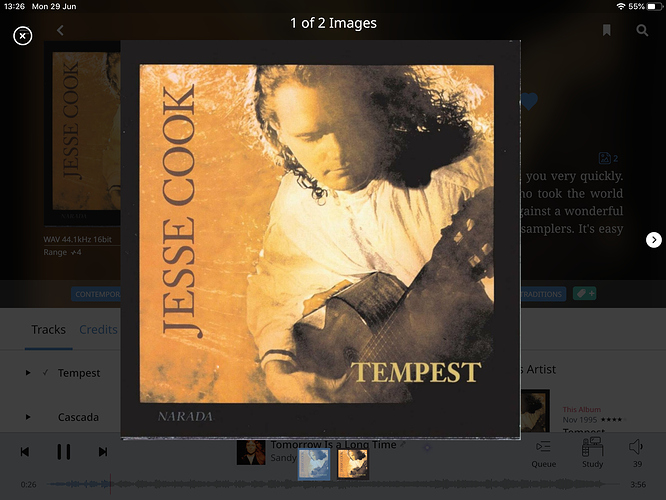 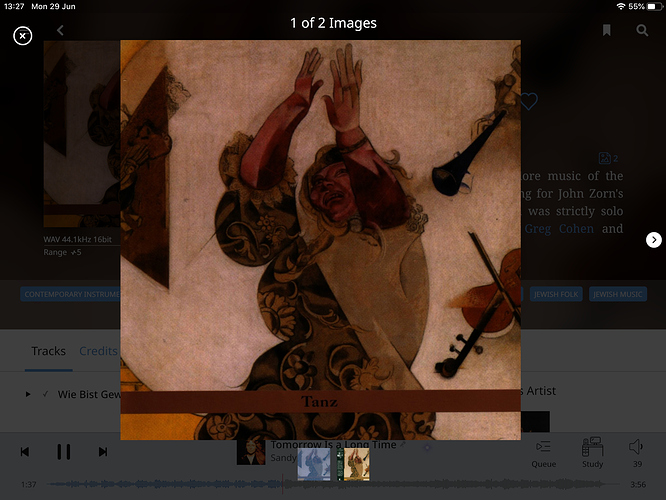 The first, Ottmar Liebert, is a celebration of guitar music. He has a number of albums to his name, some solo guitar. Jesse Cook, is worth a listen as it’s more traditional. Finally, Tim Sparks brings his formidable talent to Jewish music; such music has been associated with weddings and funerals, this example is of dance music and is a gem.

With acoustic and slide in one sentence it is hard not to mention Bjørn Berge or, indeed, Bob Brozman, or Rory Block, or David Lindley. Sans slide, there are Michael Hedges and Julian Lage and Jacob Fischer and Andy McKee. Apart from those, there are two hundred million others and then there are all the ones that go under the radar. This thread already has a couple of musicians I didn’t know, already on the next purchase list

. I consider just auto-appending this to my grocery list.

I just got to thinking…! Windham Hill and Taylor (the guitar company) released a couple of albums called “Sounds of Wood and Steel”. They are really good and span the gamut of steel string guitar. The obvious ones like Will Ackerman, Laurence Juber and Leo Kottke, and then the less obvious like Richie Sambora, Joe Lynn Turner and Billy Sheehan.

And then the classical guitars… Slava Grigoryan made a fantastic debut 25 years ago “Spirit of Spain”, with a brilliant tongue-in-cheek version of Carnival of Venice.