Music tastes set in your 'teens

This is a theory I’ve personally had for many years now i.e. the music you like in your 'teens pretty much sets the music style you like for the rest of your life. So, for me, this is the era from the mid 70’s to mid 80’s. It’s not to say I hate all music outside this period but I tend to find, if the music adheres to the music style of my youth, then I tend to like it more. I mean modern pop music! I can’t see the attraction

The bad side of this is I’m finding it harder and harder now to find new albums or artists. In fact I honestly can’t remember the last really good new album I listened to. I must check out a dozen potentials a week (mainly from suggestions on this forum) and perhaps once a month decide to put my money where my mouth is and purchase the download/CD but frequently, even after purchasing the music, I end up disappointed.

Anyway I was listening to something on R4 the other day and I heard someone else make the same comment. They expanded the age period up until the early 20’s but it was much the same concept. I’ve since done some googleing and it’s a pretty widely held theory. 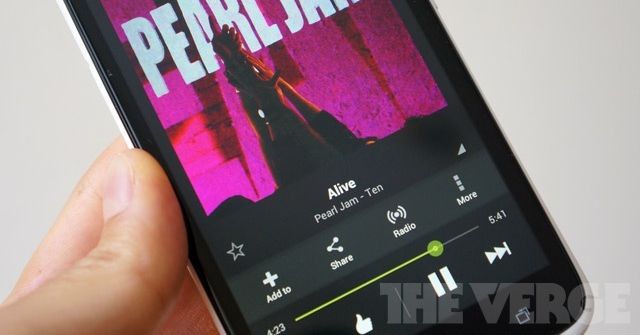 I’ve not found this at all. I still occasionally play music from my teens but thanks to a decent HiFi my music tastes have broadened has time has gone on.

Well, yes, it’s not a 100% fixed rule. It’s pretty much a generalization but there seems to be plenty of research to back this up. However there will be exceptions

I sometimes go back to listen to the music I liked in the my teens - I still enjoy much of it, although some is perhaps down to nostalgia. However, since then I discovered so much more music, of many different genres and styles. Since my teens I’ve gone through heavy jazz and classical phases too. There’s nothing quite like discovering a new piece of music that then opens the door into a whole new genre that you hadn’t properly explored before.

While undoubtedly I think we all look back to our “golden “ period of music,70’s for me also,I think that there’s still great music being made today,and yes our preferences do change over the years.I still go to gigs with my son,bands like Maximo Park,that he introduced me to ,but I’ve also developed a taste for some Jazz,Blues etc,and that’s mostly through this forum’s recommendations,long may it continue!

Works the other way - I hated the music my parents played, like Family Favourites, and I still do.

I seem to fit the OP’s theory: My musical taste in my teens was largely identical to my taste now, 50 years later, other than along the way I discovered opera, which I didn’t like in my teens. (My discovery was through live performance of full opera - in my teens I had only heard individual arias out of context, and other than those from operas I know well I am still not keen on isolated arias.) Unlike some people my musical taste otherwise has not broadened perceptibly over the decades.

Pre-teens I liked classical, and didn’t like ‘pop’ when I first became aware of it. Not until rock and prog styles started to appear did I start to take notice of non-classical, and it snowballed in the late 60s and early 70s when those styles became mainstream. So it seems that in my formative years I grew with and into music of the styles I like to this day, the music resonating with me, and completing development of my taste - but unlike most people of my age I didn’t just go with what was popular in the day, and in fact stood out from my peers in pre-teens in not liking the music of the day, until the music of the day gave me what I wanted from music. And even then I was selective, and just because a particular band was liked by others inti the same sort of music as me didn’t make me like it.

Tthere is sometimes new music around today in my sort of style, some of which I find I like - but just as 50 years ago the rest: the larger proportion of music by far - is not for me. And whilst in my late teens and early 20s I couldn’t buy music fast enough, limited only by available cash, i now have such a collection of good music that I no longer crave finding new things, though it is nice to discover a new artist I like and add a little to my collection.

Being an, ahem, older person, I’d hate to think of myself as being stuck in the rut of listening only to the music of my long gone teens.

I grew up hooked on blues and reggae, and I can easily see the link between the music then, and some of the more contemporary bands which I enjoy.

80’s punk woke me up with it’s sheer energy, but I could still trace its roots back to earlier decades … The Pistols’ first album seemed to me to echo The Oo’, just a bit rougher round the edges.

Or am I really saying that there’s nothing new under the sun, musically speaking?

For me it is, I think, much more complicated. As a young lad (until my early teens) I was not able or allowed to listen to much of what was then pop music (up to about 1961 or 2). My parents mostly played classical - and I still enjoy classical music, though don’t listen to it a great deal. My early teens was the Liverpool groups mostly, plus Animals, Stones etc. - but at that time my favourite group was The Shadows (with Cliff Richard if necessary). But I also liked The Incredible String Band, and lots of others - fairly eclectic. I really did not like Bing Crosby, Frank Sinatra and similar earlier performers. Then around 1967 or 1968 I came across The Pentangle, and a huge light lit up. I absolutely fell in love with their music. It was totally different from any other that I knew of.
I still think that the mid-60s to mid-70s was something of a golden era, with a huge variety in music styles and genres - much wider than from punk onwards.
But I don’t listen to much music from the 60s now - partly because the recordings are not up to standard, but mainly because they don’t retain the magic that I experienced at the time.
Now, I still enjoy a wide range of music (but still really don’t like some kinds - freeform jazz (or most jazz, for that matter), most punk, grunge etc.) and find that I am listening to some music because I like the noise it makes, rather than because it gets me emotionally. Hang Massive, for instance, I like but it is not an emotional thing.
I agree that it is difficult to find new music. Without Peel, Bob Harris and the like there are few curators now that I know of that put together really good music. Is that because it doesn’t exist? I doubt it - there are lots of very capable musicians around. Is it because we no longer have the likes of the radio presenters from those days? Possibly. I just don’t know.

Yes not for everyone,but I do have an extremely wide musical choice,but my wife has to be out for me to play Maximo etc!

In fact I honestly can’t remember the last really good new album I listened to.

It’s the total opposite for me. In fact I’m thinking of cancelling Tidal as I find too much new music to listen that I like and then I want to go and buy it because most of the time it sounds better than Tidal. In fact I seem to be able to find more than enough great new to me music to listen to from being on this site.

For me, my teens was a tale of two halves. One. Stuck in the bedroom. Two. Out and about.
Both times was spent interested in what was out there. So yes, not much has changed.

I started to really enjoy music at 17 old years. Was mostly listening to Hendrix, the Doors, Pink Floyd and some THC to increase the enjoyment.
A few years later I was more in soul funk of 70’s era . Then jazz rock.
Today a bit of all that, with more jazz, some soul funk, and very rarely Pop rock.

Well your teams are your formative years so many of the bands I liked then - Free, Clapton/Cream, Bad Co, CCR - have stayed with me. But I have branched out and like @Richard.Dane have worked back into jazz and classical.

Like others who have responded on this post I still occasionally play The Who, Kinks, Stones, Dylan, Pentangle etc but I’ve listened to more jazz and classical music in my later years. I think it’s the extra complexity that I find more enjoyable rather than the simpler statements of my youth.

I started getting into heavy rock/metal in late teens - twenties… and I am still a metal head! Blues came a bit later (still a blues fan) Always liked some classical but I listen to classical music much more now (listening to Arvo Part at the moment). So tastes have stayed the same but diversified.