Was it a Frankie Goes to Hollywood one, Ultravox’s Dancing with Tears in My Eyes, something else entirely or a public information film.

We are trying to explain to the kids that our concern in the late 70’s/80’s was the cold war and nuclear threats.

It was a Bowie video. Don’t know which one though.

Don’t think it was the raunchy China Girl one! Though that might be apt - can remember getting up to watch the uncensored version on Channel 4 as a teenager.

Bizarre. Trying various FGTH mixes and found a Fruitness Mix of Welcome to the Pleasuredome. Mrs AC immediately identified the narrator as the chap from Butterflies, I said ‘no way, Geofrey Palmer doesn’t sound like that’, how wrong I was! 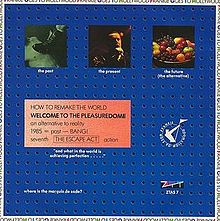 Welcome to the Pleasuredome (song)

"Welcome to the Pleasuredome" is the title track to the 1984 debut album by Frankie Goes to Hollywood. The lyrics of the song were inspired by the poem Kubla Khan by Samuel Taylor Coleridge. In March 1985, the album track was substantially abridged and remixed for release as the group's fourth UK single. While criticized at the time of release and afterward for being a song that glorifies debauchery, the lyrics (and video) make clear that the point of the song, just as Coleridge's poem, is a...

Was it a Frankie Goes to Hollywood one, Ultravox’s Dancing with Tears in My Eyes, something else entirely or a public information film.

We are trying to explain to the kids that our concern in the late 70’s/80’s was the cold war and nuclear threats.

was it “Games Without Frontiers” ?

while on subject, always loved this album 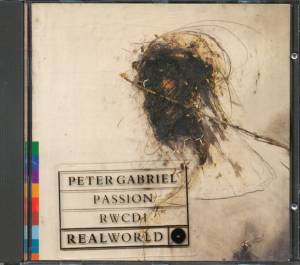 I think the OP is thinking of the sequence that ends the film ‘The Mist’ which features a very powerful track called The Host of Seraphim by Dead Can Dance and a very post apocalyptic scene of decimation.

You can find it on Yotube if you do a search for ‘The Mist ending” or final scene.

I’ve just figured it out, I’ve seen the footage many times in TV programmes, there’s a brief snippet in a video which I regard as utterly sublime, addressing so many issues with quick flashes of relevant imagery:

If you’ve never seen this, please, please take a look, there’s more sense in this than I’ve heard from politicians in decades:

Not your video but if you are still trying to convey the mood of the time to your kids, I reckon you could do worse than Edge of Darkness.