I thought only a few weeks ago he was simply trying to buy a large share.

Is this good or bad?

Censorship of free speech on social media has become too prevalent in recent years if you do not toe the line with respect to the companies’ leanings.

Banning/cancelling opinions is a blunt tool. Surely the prejudiced and bigots need a platform to show them for what they are, for everyone to see and judge?

Not sure if we can keep this apolitical, but I think Musk’s intent was to promote free speech, equally if he acquires Twitter and more he’s in danger of being a Murdoch like character.

I understand ‘Freedom of Speech’ to refer to government restrictions not an obligation on a commercial platform to carry all content. I am interested in his plans to remove bots and fake accounts though.

With respect does anyone in the real world care who owns Twitter ? Anyone with concerns about censorship etc. should probably just close their account

With respect does anyone in the real world care who owns Twitter ?

I’m probably in the minority here but I don’t give a fig about Twitter and even less about who owns it.

Your not alone, always thought TWITter summed it up….

Social media platforms are data collection services. If it’s free then you are the product!

Never used and never will

I agree wholeheartedly. Fake news can be extremely dangerous in so many ways. It’s all very well for some to say people should use their own judgement about what they read on social media, but a reasonable judgement assumes some knowledge and intellect.

I’m a borderline Gen X / millennial who works in IT.

I’ve never once used Twitter in my life. It strikes me a superficial waste of time and human energy. The devil can own it for all I care. And I certainly don’t think Musk is the devil.

I’d be more concerned if someone tried to acquire and monetise Wikipedia - the best example of what the internet is good for in my view.

Musk is a manipulative snake who uses social media to manipulate markets for his own financial gain. He must have, and can no doubt afford, a very good legal team which so far has allowed him to escape prosecution. Perhaps he thinks that if he owns the media he uses, it will be easier for him to continue getting away with such behaviour.

I confess I don’t personally use Facebook, Twitter etc so it may not affect me much at all.

I don’t think it’s a bad thing. YouTube should follow, to avoid all the fake news and misinformation which give so many negative consequences today. All depends what is “censorship “. If someone is civilised and respectful but censored because his thoughts go against some financial or political interests, it’s of course a bad thing.

Nor I - other than Twitter’s been proved to be a dangerous tool when exploited by those with specific agendas and the wherewithal to do so.

On balance, I don’t think Social Media as a whole can be thought to have improved humanity’s lot.

I am interested in his plans to remove bots and fake accounts though.

If Musk does authenticate all real humans and ban fake accounts and bots those are extremely important policies that will have a huge positive impact on polarisation into cultural bubbles that live in different (“post-truth”) worlds.

Actual people can be held responsible for what they say.

Banning fake accounts and bots would cut down on the speed with which hateful and divisive ideologies spread.

Getting rid of bots and fake accounts undermines the ability of foreign govts to use social media as a means of cultural information warfare.

Actual people can be held responsible for what they say.

Banning fake accounts and bots would cut down on the speed with which hateful and divisive ideologies spread.

These policies - authentication of an actual person, where they live, and how old they are - are proposed as key ways to reduce the negative impact of social media by Professor Jonathan Haight in this video - see minute 15 for those policies (although the whole video gives a broad analysis of the problem). 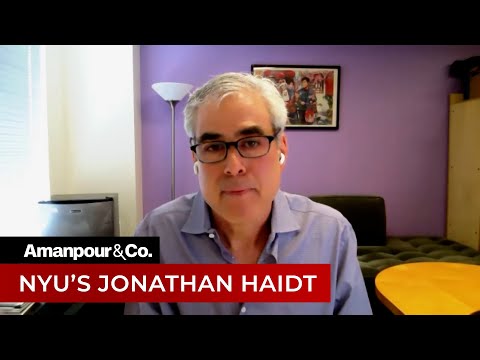 On balance, I don’t think Social Media as a whole can be thought to have improved humanity’s lot.

The Naim Forum excepted, of course…

I am not on Twitter, fb, Instagram, and I have never had a smartphone (despite working for BT for a decade).

This forum is my only social medium!

Getting rid of bots and fake accounts undermines the ability of foreign govts to use social media as a means of cultural information warfare.

Sadly its not just “foreign” govts that play this game, bot farms are used by many agencies to amplify messages regardless of source. Their removal would be a positive outcome.
The verification of a person behind the account is a concern when you consider the more repressive regions of the globe where twitter operates.