My 60 year system journey in pictures

@Richard.Dane - Please feel free to move this to a suitable thread if you feel there was no need for a new one.

I was trying to add this to an old thread that I had needed to find some images for but was too lazy to do so at the time. Now I have all the images I wanted, thanks in no small part to the internet, I can no longer find the thread I am thinking off. So please forgive me for starting a new one.

This all began at Christmas 1960 when, aged just over five, Santa brought me this:- 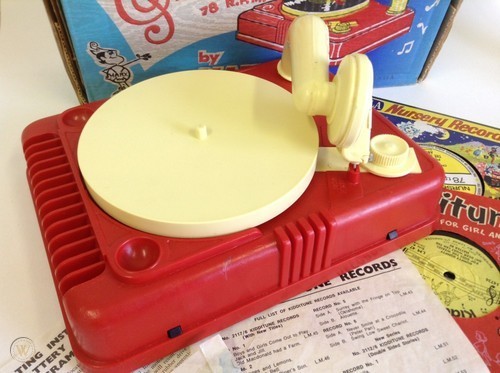 I played it to death, annoying mum & dad as it was heavy on batteries. I always knew they should have gone for the model up, with the separate, regulated power supply option.

By Christmas 1963 the Roy Rogers discs (seem to remember ‘Home Home on the Range’) it came with were losing their appeal for this 8 year old who had developed a taste for some artists from Liverpool. Therefore I spent my Christmas money on ‘I want to hold your hand’ by the said beat combo. Only one problem, we had nothing to play it on &, quite unexpectedly, Dad came with me to buy the record & we came home with this, Ultras finest:- 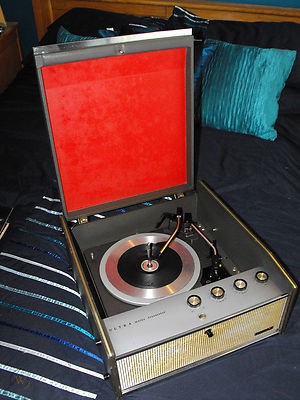 After a fortnight listening to my only Beatles record, mum & dad couldn’t take any more so went out & brought me the previous single ‘She Loves you’ for a bit of variety. My record collection was well & truly started. I still have those singles in their original sleeves & they are still in virtually mint condition.

The Ultra was stolen in a household burglary in 1968 &, courtesy of the insurance company, replaced by this Marconi unit:- 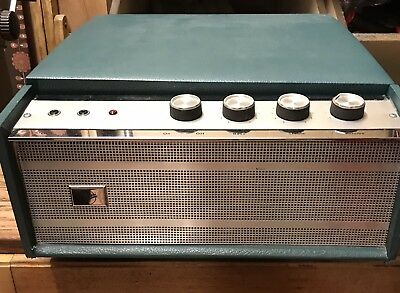 A couple of years later I discovered it would play in stereo if I plugged my cheap guitar amp into it & the family agreed stereo sounded good but the set up looked dreadful in the lounge so dad (bless him) replaced it with the Marconi Unit 4 stereo system (complete with FM, medium, long & short wave tuner!) here:- 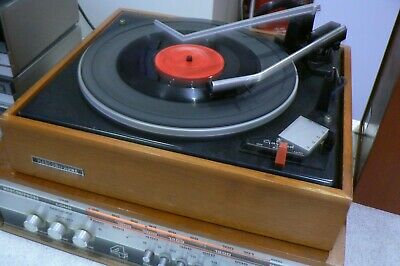 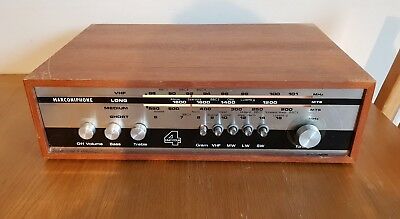 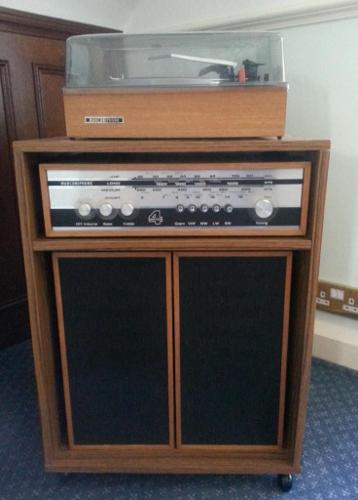 I drove mum mad playing Cream’s ‘Wheels of Fire’ album most mornings before going to school for about six months.

I also discovered Hi Fi magazines at the time & started to dream of something rather more exotic than the Unit 4 & set my heart on an expensive replacement system as soon as I started work. Hi Fi first, car second! 1973 & this is it, all £220 of it:- 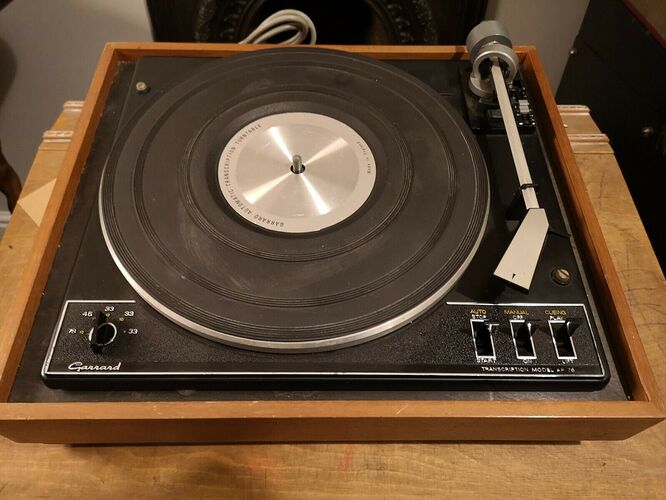 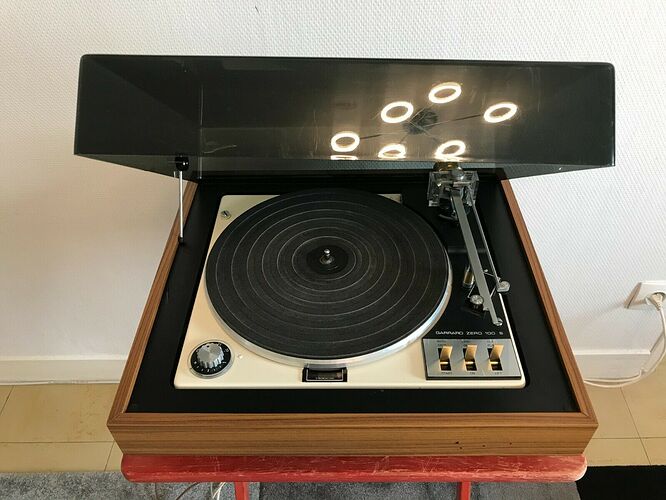 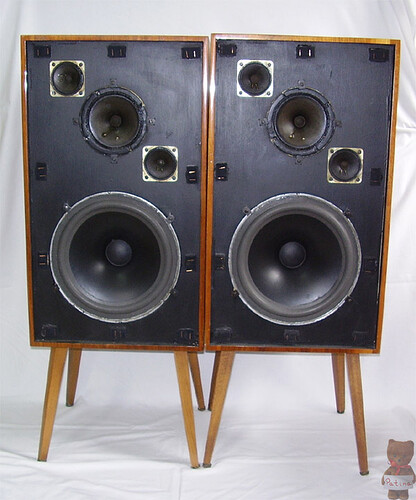 Garrard AP 76 deck £40 (replaced later by a friends Garrard Zero 100 S), Sansui AU505 amp £80 & Videoton Diadem D 253 speakers £80. Mum & dad thought I was mad spending three months earnings on it as the Unit 4 had cost £60 in total. They did admit it sounded ‘nice’ & I did actually audition the system in the shop before purchasing.

By 1980 I was married, moved away from home & earning good money. Time for another upgrade to a Dual 505 then Rega Planar 3 &, finally, in 1981, my LP12. Amp was an A & R A60 & speakers were Celestion SL6s after brief flirtations with much larger Ram 80’s & Mission770’s (having enjoyed the large Videotons for so long). The Celestions convinced me that small speakers were much more suited to small rooms than large ones & nothing has changed my mind since. Here are the various bits in a complete image of my system:- 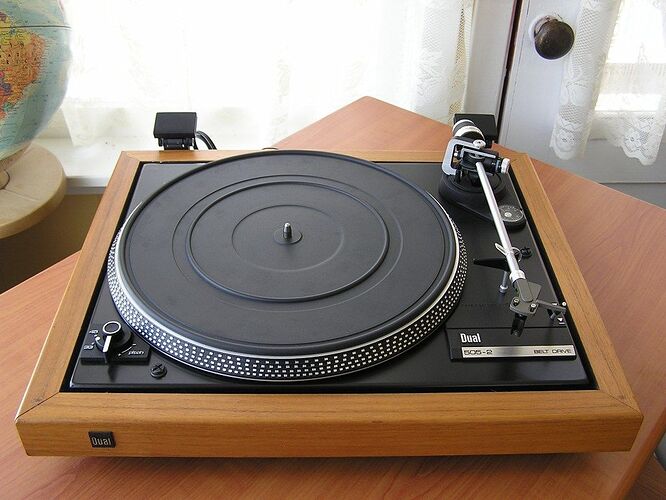 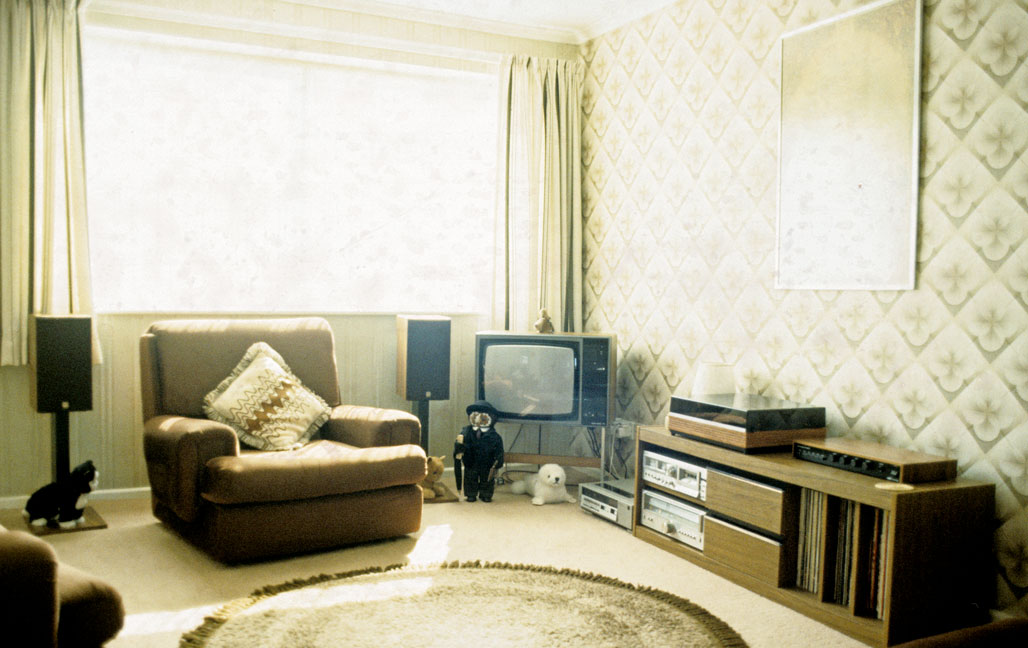 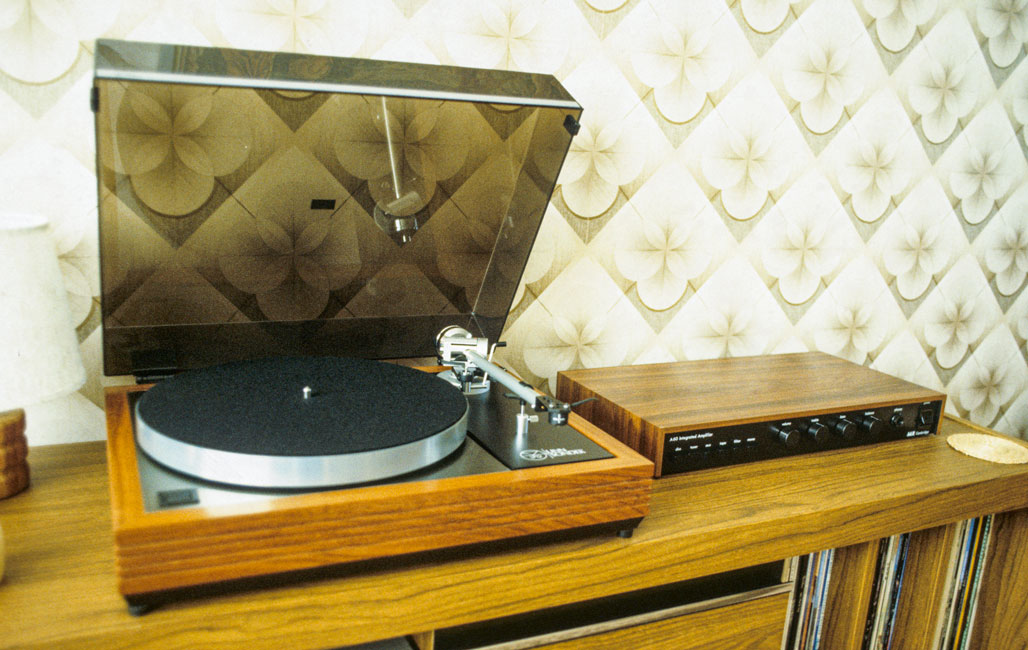 The final photos are my system from 1990 to 2019 & then from 2019 to date. At 65, & in the absence of a lottery win for a much larger house & system to match, this is probably the end of the journey for me other than replacing anything that wears out. 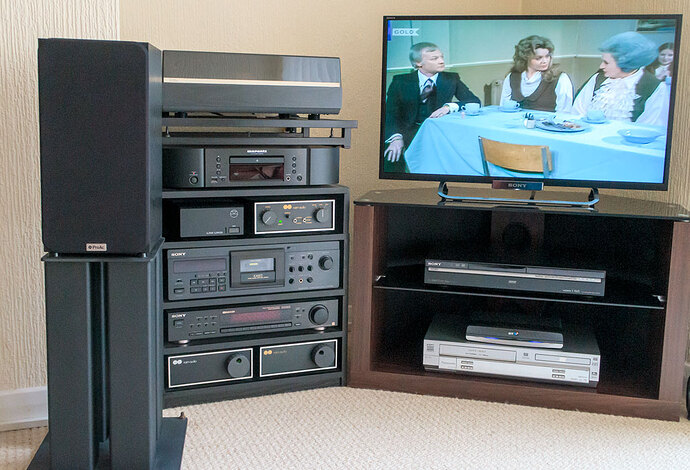 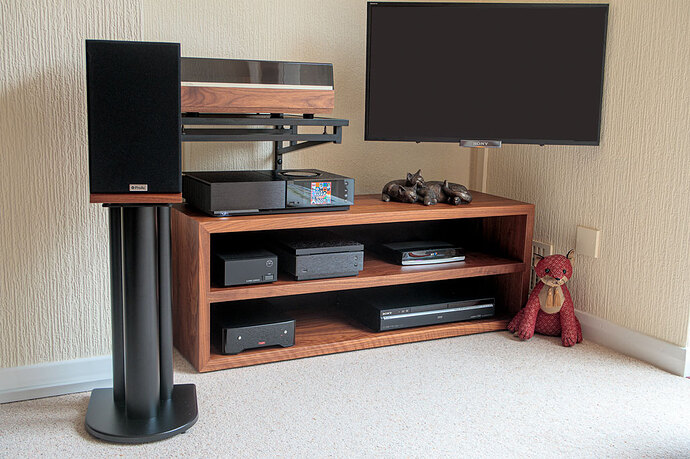 Of the equipment that has passed through my hands over the years I suppose the pieces I am most fond of are the Videoton speakers (only large speakers that worked for me in a small room) & the LP12, which like so many here, only has the lid, top plate & outer platter of the original. The Linn just keeps the Naims (performing faultlessly for 33 years before being replaced by a Nova) out of the top two spots.

A tremendous story, thank you for sharing. We both bought A&R Cambridge A60 amps in the same year and share an admiration for LP12s and Proac speakers.

absence of a lottery win for a much larger house & system to match, this is probably the end of the journey for me other than replacing anything that wears out.

…and may i say: it’s enough. well done.
thank you for sharing your personal story.
enjoy the system in good health.

That’s quite a chronicle. Thanks for sharing.

Great to see your journey. My first serious hifi purchase was as a spotty teen advising my Dad to get the then new Sansui class A au 101 amp and Wharfedale Denton speakers to replace his ageing Murphy radiogram. Sadly no pictures of that or much of my subsequent hifi journey.

There’s no substitute for good taste!

Thanks, that was a great read, and some lovely systems. Keep enjoying the music.

‘most mornings before going to school for about six months.’

I did of course mean ‘most mornings for six months, before going to school’.

Actually went to school for twelve years, not six months, & my proudest achievement was an A level in English Language.

Impressive and kudos for keeping the images too!expect most on here can recall their Hi Fi
journey mine started with a 1960s Morphy record player with real wood sides/Garrard SP25

Gorgeous set. Shades of Abigail’s Party. Thanks very much for posting.

Mind you, my music collection has always lacked a Demis Roussos album or two so perhaps she has one over on me there!

I suspect the Garrard SP25 was responsible for getting more Brits into real Hi Fi than any other turntable.

The turntable in my dads’ Marconiphone Unit 4 was a Garrard 2025TC, which I assume was the multi-changer predecessor of the SP25. 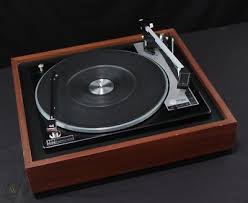 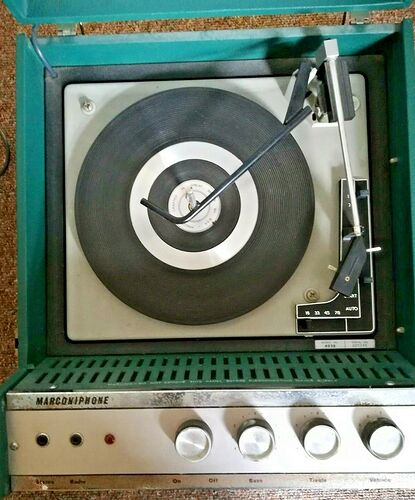 Probably not as good as your MP60 but at least it could play up to 6 LPs at a time!

I think we had something very similar, I stacked my singles on. It was in a Ferguson record player which looked exactly like the Marconi you posted. 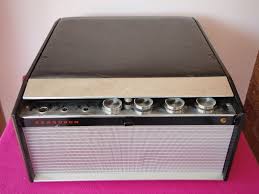 WOW thanks for sharing this, wish I kept pictures of my old hifi collection over the years, even though i had loads of camera and development equipment in the garage, looking back, goodness me, I spent some dosh.