My bicycle and what is planned for it

A thread for @Richard.Dane to move bike stuff to, that is temporarily inappropriately in a Solstice thread…

My frameset will get done. Worst case scenario is I have to cannibalize parts from my current road bike (and I’ll be using the Zipp wheelset from it anyway) until my new groupset (SRAM Force AXS) can be delivered. I have been told it should ship by the time my frameset is built. I mostly care that it’s all complete by next summer at the latest.

As for Naim, I have nothing new to get except possibly/maybe another Fraim level, and if that is on backorder it won’t be a huge deal.

Good luck with the bike!

Not tempted by the new Shimano groupset? Have I asked this before??

No, I read through the new Shimano groupset announcement. For one the Ultegra will be in short supply, and hard to get in time. The Dura-Ace is bonkers expensive, for no good reason to me. But more than anything, I am getting the SRAM with 48/35 x 10-36 gearing and I like that much better than any of Shimano’s choices. It’s a very flexible, wide range gearing that will suit me better. The other part is that I’m getting the Quarq power meter spider, and it comes at a decent price.

avid cyclist here (well, mountain biker), and will concur that the supply chain for bike parts is impossible right now. I have a Salsa full titanium hard tail, and a Niner carbon fiber full-suspension that I have needed new group set, cranks, bottom bracket, seat, etc. And it took forever. I’m having to buy the top of line Shimano XTR stuff, which is awesome, but only b/c I cannot get the XT components.

I’d love to buy a drop bar gravel bike, but cannot find the parts to build it even if I were to get a custom built frame and procure parts over time. IT’s tough.

Hoping the SSE production does not get stopped in it’s tracks before I get mine!

I’ve been looking to get a Force AXS 12 speed 10-33 cassette since February. Most outlets have been perpetually OOS since then. I could probably have bought one at full RRP I guess but £170 for a 2nd tier cassette is just ridiculous. The Red equivalent is generally OOS too - and at £325 is just not remotely acceptable.

As long as my bike is done by next summer when I go to Colorado I’m OK. In the meantime I still have road, gravel, and SS bikes to ride. My dealer says he can procure the groupset I ordered. I am using the Zipp202 tubeless wheelset from my current bike (Cervelo C3), so that part is good (assuming SRAM/Zipp have the XDriver freehub available).

I have converted wheelsets to XDR. I just hope the driver body for my Zipp wheel isn’t hard to get.

I guess the DT Swiss hub is an after market improvement for the Solstice?

When I was young, I was a pretty serious road biker. My last bike was a Trek 5500(?) their first generation carbon fiber frame with shimano 600 groupset. Would be difficult to overstate the perceived improvement vs chromo and even aluminum.

Fast forward a couple of decades, I went to buy my daughter her first bike. The Trek dealer had the tol model in orange that they couldn’t sell primarily due it being 62cm. Luckily I need 62 cm. It was discounted 50% so I thought why not? It was amazing as in probably weighed half my 5500. Unfortunately I got on the bike, immediately lost my balance, and fell over nearly killing myself and causing damage to the bike. 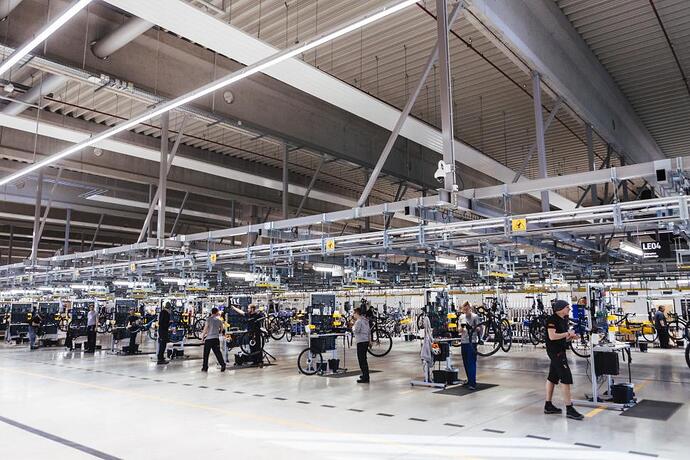 My Orbea MTB was ordered in December, they gave me an original delivery date of end May and it arrived in early July which I thought was just fine. My cycling buddy has not been so lucky; he ordered a custom Ti bike from Laverack Cycles in early October, for delivery in ‘8-12 weeks’…and is still waiting. The frame is fabricated in China and is not yet ready for despatch. Not sure the company has been entirely on top of the situation but at least they say they have all the components ready to install once it arrives here.

On the subject of groupsets I wonder when we will see a 1x12 high end road setup? It works amazingly well on the MTB, and the mechanical simplicity is a very nice. Maybe roadies are more critical of larger gear ‘steps’ but I would imagine it must be something Shimano etc are considering.

I just got a Mason Bokeh GRX. Ordered end of April, arrived end of July. If I’d gone for Di2 it would have been February 2022 !

Upshot of saving money by sticking with wired GRX was that could afford a second set of wheels. So have some 700 road wheels and 650 off road wheels. So there are some benefits to long delays

Since this started with a comment I made in the Solstice thread, I’ll provides some details of what I’m up to.

I plan to semi-retire next spring, when I switch from full-client client work to in-house projects two days/week, and then fully retire 18 months later. As a self-retirement gift I have ordered my dream bike…

I have a decent stable of bikes now. A Cervelo C3 Di2 road bike, a custom built Salsa Warbird gravel bike with hybrid SRAM and Shimano GRX Di2, and a custom built All-City Nature Boy single-speed. I also have a hardtail mountain bike, but am selling it. I’ve wanted to upgrade my road bike from the Cervelo to a titanium bike. This year Moots introduced the new Vamoots RCS. It ticks all the boxes in a new road bike for me (especially clearance for larger tires), so I have now ordered one, built to my complete spec. Here’s what I am getting:

I have the frame ordered with a $1000 deposit and they expect to deliver it 1st quarter 2022. I am very excited about it, and look forward to riding Copper Triangle on it next summer.

I have the GRX Di2 rear derailleur on my Salsa Warbird gravel bike. It’s a fine setup. I don’t have the full groupset, since I already had SRAM Force 1 on it previously, so I am still using the Force 1 crank with a Stages power meter and Absolute Black 38T oval chainring, and a SRAM XX1 10-42 cassette.

That XX1 cassette is a real thing of beauty. All but the 42T cog is machined from a single block of steel, so only the 42T is pinned together.

I started riding seriously at 55 to get healthy, after a cycling hiatus of nearly 20 years. In the 8 years since that I have logged over 46,000 miles. I have crashed a few times. Once on road (hitting an unexpected patch of gravel), once on cyclocross, and once riding a service road on my gravel bike. Wearing helmets saved me each time.