In February 2021 I started a thread about finding out about my past ownership. I did not get very far, but last night I pulled out a folder that contained all my receipts. It was interesting reading. A summary below shows when and where I bought the items. I can now forget about it all!

Post title reminded me of this:
Nick Waterhouse - I Had Some Money (But I Spent It) 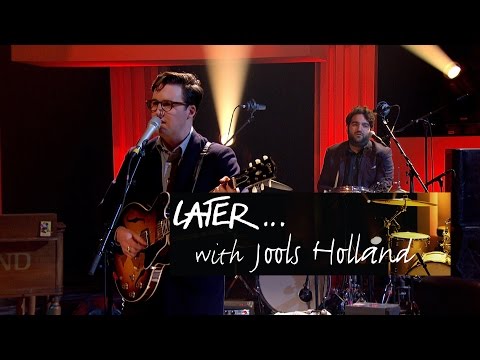 I used to have a similar file, but around 15 years ago, stopped using it.

Even included logic for upgrades, comments, costs, trade ins, if I had it now and looked I would probably think which nutter wrote this

Good grief, if I kept such a file and my wife found it she would find out the TRUE cost of my upgrades!

One with the details of the system and changes, but no prices.

Second with the details of the system and changes including prices. BUT, make sure it’s password protected.

Isn’t this what password protected spreadsheets were invented for?

I am not sure I want to know how much I have spent over the years.

…how much I have spent over the years…

A few years back a friend of mine needed a 2nd car to get to the station. 6 miles each way the usual suspects - Polo, Fiesta, Skoda etc - were recommended but he then saw an Audi TT he liked. A few hours later he presented his wife with a spreadsheet demonstrating that the Audi whilst more expensive was a better investment! Her response “look if you want the Audi, just bloody well buy it”!

My system is remarkably similar to yours, Camphew, except that I bought the bulk of it one afternoon, when I took time off work to visit Grahams HiFi in Canonbury, London in 1990 or thereabouts.

I already had an LP12 with an Ittok/Dynavector DV17D on board, but chose to buy an ARO, as I was so intrigued by the way it looked, and it sounded pretty spectacular as well.

The NAT-01 had been recently discontinued at the time, but James at TomTom found me a lovely one (which, oddly enough, has just been back to Salisbury, as it was misbehaving).

I’ve never ever considered selling any of the system I bought all that time ago - so I may not be a very good customer - but I need to have the CDS2 mechanism sorted, and the amps are well overdue for service and recap.

PS Do you need four NAP135s in your system, or is that a typo?

Unfortunately wives can see straight through us chaps.

I think they find the whole ‘justification argumentation’ all rather amusing.

I never expected to progress beyond shoe boxes, but then I was sent abroad and duty free offers allowed the upgrades.
The 4x135s drove the SBLs and now the s600s - I’ll never get a 250 or row more 135s to drive the s600s properly.

Always avoid boxes, go for boutique cables and accessories, theyll never know as long as all packaging and receipts are shredded and burnt.

Can I suggest an alternative particularly suited to the less-young and those made uncomfortable by the totals?

I have an Excel sheet showing every change made. I include what I paid, an approximation of what I would have to pay today on eBay and the new-fl-old equivalent. Suddenly my old purchases look a little more like investments (though that’s not why I have them or how I view them of course) and a lot more like bargains.

The more Naim and Linn kit from he 90s or early 00s that you have, the more looking at a sheet like that will make you feel smug, nit guilty, surely?

I only ever recorded my hifi purchases in lists of items for insurance purposes, and whenever the lists were updated I discarded the previous. However, I think I can recall virtually all hifi items, not just Naim, that I have bought over the the 50+ years since I started, including approx year of purchase, and in many cases the approx cost.