I might have an opportunity to purchase a 552 not sure yet if it’s a dr model so anyone hear dr and non dr 552 is there much of a difference the rest of my system is dr.

By common consent the DR gives a greater insight to the music. But if it’s a non DR version you could always have it upgraded at a later date.

Yes there is a huge difference. Back in 2014, having owned my 552 for a couple of years, I was made aware of the dr upgrades. My reaction was that there was absolutely no way I would pay £1750 to have this done as it was a huge amount for something I perceived as a small upgrade.

A few weeks later a friend with a similar system to mine home demonstrated the dr supply on his 552 and invited me over to hear the difference. I was astounded by the improvement, so much so that when I returned home I booked mine in for the dr upgrade.

Thanks for info i will find out later today if it is a dr unit. 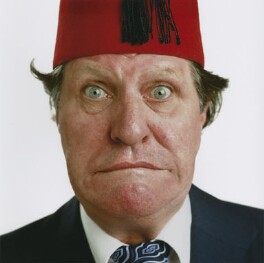 I would say more so important is service, if it hasn’t been done in last 10 year’s, its almost certainly not going to be at its best.
Mine hadn’t been serviced and was in a poor state by the time i finally got it serviced and DRed, obviously a big difference for me

My non-DR 552 is 14 years old with no service and sounds wonderful.

I thought mine was as well, but it was far from it

You don’t look quite like George Clooney in that particular shot, Nigel!

How did your 552 sound by the time it had been serviced and been fully run in, Dunc?

Not at my best in the morning.

I finally got around to watching some Tommy Cooper on YouTube.

He went into a butchers and asked for the piece of beef on the top shelf.

And the butcher said, ‘The steaks are too high’.

Patient: Doctor, Doctor, I feel like a pair of curtains…

Doctor: Pull yourself together, man.

A trip to the bank for you Sir. Don’t forget the white coat.

Did you go any further with the 552

Not yet still waiting for dealer to get back to me maybe the seller had a change of mind i should know soon,what do you think going from 252dr to 552 dr was it worth while for you.

For me, the change from 252 to 552DR with a 300DR was a little underwhelming…adding a 500DR a little later made all the difference…very nice !

Having had first a 552 DR upgrade and then same on 500 , the 500 was more of a change. That’s NOT to say a 552 should be ignored. The two go together. Taking the long view, both will need a service eventually and to ignore the DR (now included from memory) would be a false economy.
For both you would not want to go back.

The 252DR is no slouch its an excellent pre with a real lift in performance over the previous Naim pre’s I’ve owned I could have easily stayed put.

But like all things a minty 552DR (serviced and DR in 2019) appeared on the used market so I part exchanged my less than a year old 252DR against the 552DR with some cash too.
The 552DR has really opened the music window just more of everything even with a measly none DR 300, 500DR next but this will be years away as it stands now very happy with the current setup.