The LH phono channel on one of my 72s makes a motorboating noise with its " new modified" 323 E cards fitted. The previous 322 cards didn’t make any noise.
Swapping the cards over does not move the motorboating to the RH channel.
It’s auditable with the volume pot at 9 o’clock and nothing being played. Disconnecting the P6 makes no difference.

One for @Richard.Dane or @NeilS maybe…?

A weird one. Did it have boards fitted in that position before? Are the boards fully home in the pins? Could you post a picture showing the main board?

Did it have boards fitted in that position before?

The OP - @Thegreatroberto - said he had 322 boards in that position before, which were fine.

Its almost like the links have not been removed, properly… Yes, need Main PCB picture.

The cd input is a dun

It is weird. The 323E’s are fully home. Previously I had 322 boards and they were, and still are OK.
I’ve made sure the remains of the links are nowhere near each other. Will upload a picture tomorrow.

When I was swapping the boards to fault find, I didn’t have the sleeve fully fitted. In order to turn up the pot, I had to slide the sleeve on to grab the pot. That’s when I heard the sound increase.
I’ve confirmed all boards are fully home. I’ve jiggled the gray cables from the RCAs to the main board just in case that changed anything. It didn’t.

Can you post a pic of the Main PCB pls…? Wondering if the Links have not been removed properly. 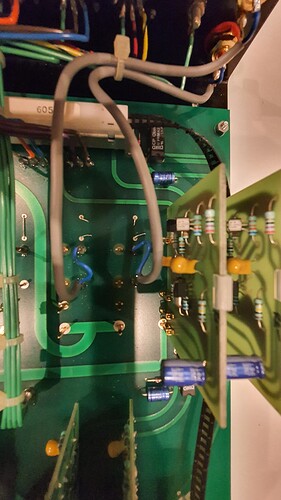 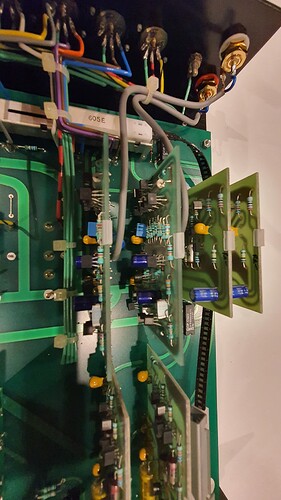 I would be tempted to gently bend them out of the way. Maybe one leg is touching the Tracks on the 323’s…? But didn’t touch with the 322’s.

One for @Richard.Dane to confirm, though. 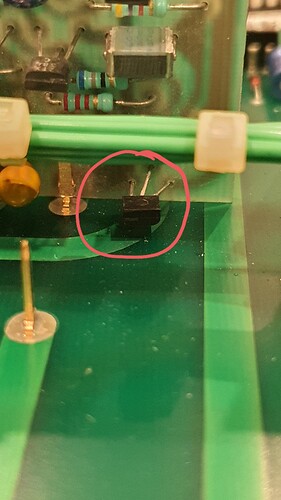 This transistor? Is very close to a power supply? This is the LH channel 323E card.

The RH similar transistor is not near this rail?

No. The little silver wires, above the Blue wires, in Pic 1. 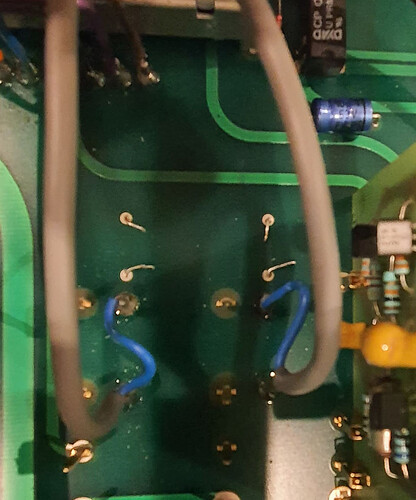 They are , or were the links. Well broken! 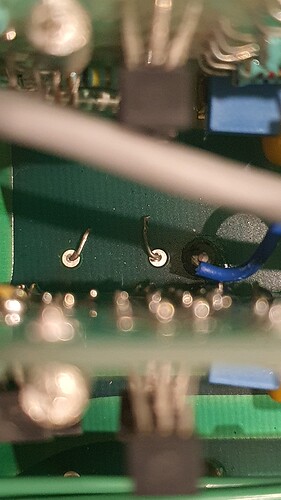 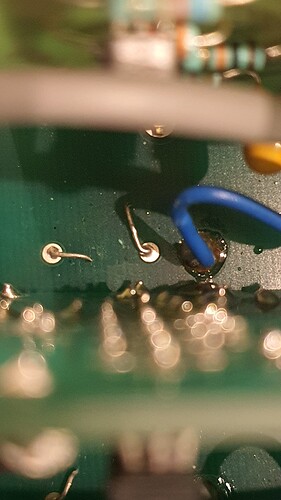 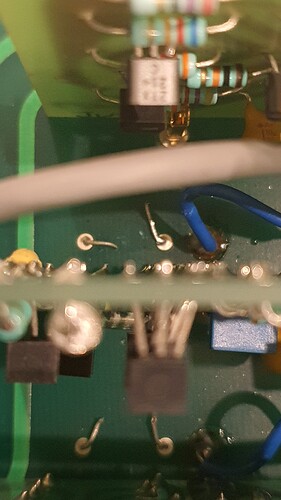 Looking at how the Links lie, I would bend to right hand top one to the right - like the other 3 are.

Its the only one which is ‘odd’. Maybe it can touch something, when to boards are trapped with the case fitted…?

Not convinced there’s anything wrong the 323E cards. Feels more like something with the 72. But no idea what.
Swapped over HCs, made no difference either.

Not convinced there’s anything wrong the 323E cards.

Its fine, without the case on…?

It’s a lot quieter. Thought the problem was fixed. But as soon as you slide the sleeve past the phono cards…

I thought this was going to be easy!