Now and again (can’t reproduce it easily):- If i increase the volume on the ND555 remote, it seems to accidently switch the input on the 552 from CD to Aux. This feels a little buggy… does it have an updatable firmware of any description? (552?). I’m also not even sure if this is actually the 552’s fault or the ND555. I am presuming the 552 is likely culprit.

So managed to get the RCOM to do it aswell, so it’s defintively the 552. Is there a factory reset process?

My 252 was randomly switching inputs…my dealer told me how to fix it and I think it was making sure that in the Naim App, under System Automation, the “Preamp Streamer Input” matched where the ND555 was actually connected to the 252. Check your settings and see if they match up; if they don’t, that’s what’s happening. The System Automation is telling your preamp to select the ‘wrong’ input.

Better not be using the RCAs or the powered socket then, 552 inputs are programmable.
Another thing that can have peculiar results, and I din’t think its the case this time as its occurring with Zigbee remote, but with the IR remote some light bulbs interfere with the remote signal. Usually it’s compact fluorescents that are to blame but I have this beastie inside a Fos glass globe ceiling light 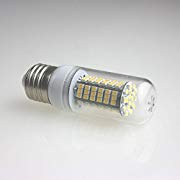 and when that light is on the remote is slow to respond and sometimes doesn’t stop, awkward if I increase the volume and the knob just keeps going. Fortunately I sit under the light switch and turning it off stops the runaway command. My Dyson fan also comes on sometimes from using the Narcom.

I’ll reply to myself. Most think of System Automation as merely enabling volume control via the app. It also selects the input on the NAC. So again, if the Naim App is telling the NAC to use an input other than the one you’ve selected for your ND player, it’ll switch the input much to your chagrin. Which is what I think I read you saying is happening.

If I play with the inputs in the app, it doesnt appear to be in order of the NAC…

If the ND555 is plugged into “Input 2” on the back of the NAC, then enable only Input 2 in the Naim App. Does that work?

So reading the NAC manual. Source button “CD” defaults to Input 2. So I have no idea why the Naim App wants Input 1. This makes no sense.

Just change it in the naim app – turn off input 1 and turn on input 2 in the System Automation stuff, per my post above. I’m quite sure you’re right - it by default is not set up intuitively.

Thanks, I’ve disabled all the inputs on the app except for input 1 (now renamed CD). I have no idea why input 1 is actually input 2 on the NAC. Crazy.

Section 4.3 of the pre amp manual gives the default socket assignment of the 552, CD is socket 2 by default, the section before tells you how to change the assignment. If you’ve reassigned the CD button to socket 1 it looks like system automation is using the default input regardless.

Could it be so simple so that preamp 1 on the ND is the first left input the CD on the 552 front panel, preamp 2 is the second one the tuner etc…
never the less it would be good at least I think so to get a Naim tech guy to tell us how things works and the different possibilities we have with the remotes.

Possible and I see the logic, although to me, it still feels odd. I’d expect the ND555 to have the inputs named like CD Input 2 or something when you enable System Automation, which makes way more sense.