I recently bought a pair of naim allae and one side of the woofer is wrong in orientation, my OCD is hitting me. 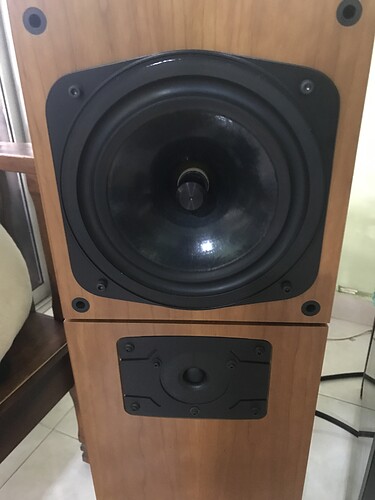 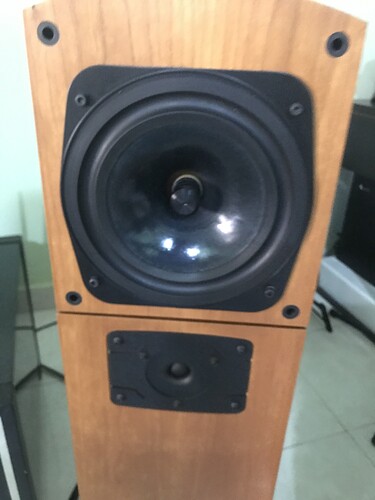 In a nutshell yes. You may want to clean off the old Hylomar Blue gasket sealer and replace it with new, it can be cleaned off with white spirit or lighter petrol. I’d reapply it using a syringe.

Ah darn, then I think I’ll leave it alone for now. The seller even said that it did not have its woofer taken out before aswell.

How peculiar. Maybe they were made like that in the first place. Maybe one drive unit was changed and not the other, in which case you’ll have an unmatched pair.

The drive units have, I believe, mastic behind them, which will need sorting out. If so, you may end up with messy bits on the cabinet once the driver is rotated, or with unfaded veneer showing.

It may be best to return them, or simply use the covers, which is how they were designed to be used anyway.

I think I would be concerned why one of the Bass drivers was removed ? Or was it both? Why… By whom…? The Seller is either not telling the truth - or doesn’t know the true history of these Allae’s…

Hmm idk, there is no difference in sound aswell.

One option maybe to take them to a Naim dealer who has a good experience with Naim speakers (Allae), and to ask them to check them over for you…

They would never have left the factory like that. Maybe had a replacement woofer fitted by a dealer or owner at some point?

Not sure with Allaes, but with my old Credos, if i took the top boxes off, the positive (red) terminals were facing you as you are looking inside - this may indicate the correct orientation - hard to see how the dealer messed this one up.

hmmm I see. Later down the line I intend to replace the foam inside as they were starting to flake off and also put the woofer back into its correct orientation.

can anyone take a picture of their inner foam of their allaes? I would like to see how it look compared to mine. As I dont know exactly if it had been changed or not.

This is the top box of one of my Allaes. I tried to grab the foam but it just disintegrated in my fingers. Maybe I should think about replacing it. 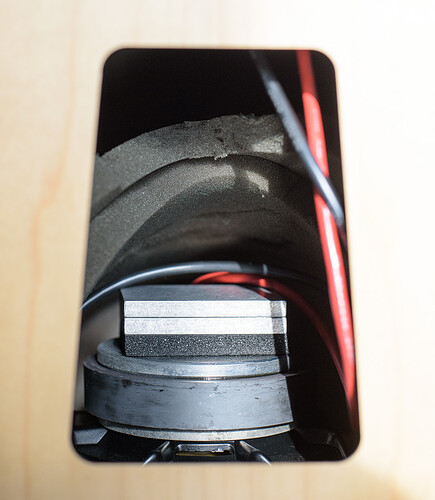 The bottom unit has very different stuff inside, and seems fine: 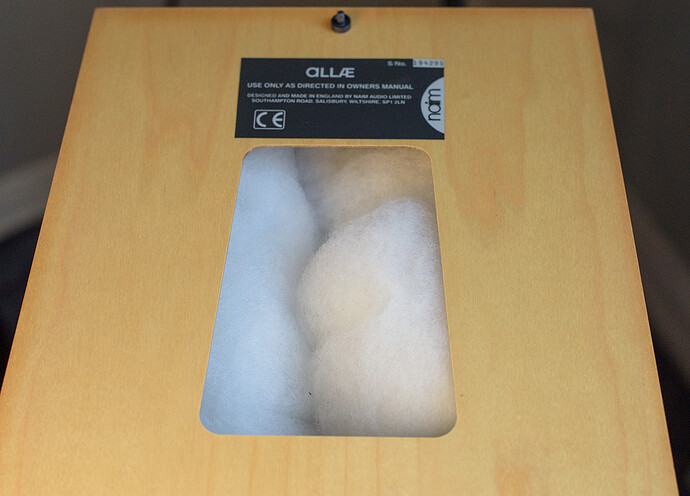 Mine came like this, the foam also disintegrated upon touching it. But I don’t have plan to replace it as I don’t have a torque screw driver 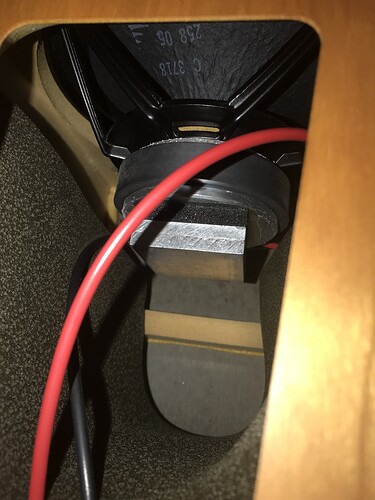 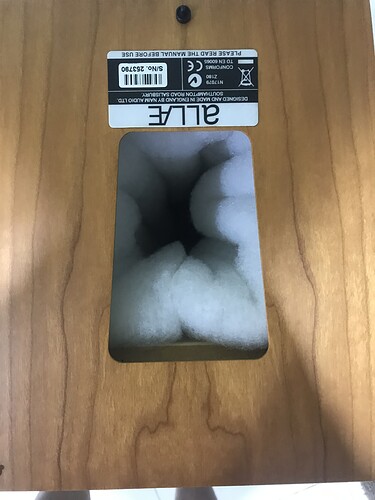 A torque screwdriver is easily found at any hardware store. I would go crazy looking at that, so would rotate the one oriented wrong immediately.

Anyone know how big is the replacement foam? As I will replace it when I put the woofer back into its right orientation aswell

Are the screw holes the same spacing no matter which way the speaker is oriented? I suspect someone may have stripped the threads and turned the speaker to make new holes. I wouldn’t think they would have worried about torque settings if they installed a speaker like that anyway so I would be inclined t just turn it anyway and satisfy the OCD.

I think I would be concerned why one of the Bass drivers was removed ? Or was it both? Why…

It is not difficult to blow a driver (e.g. over-exuberant playing, especially if an underpowered amp, or plugging/unplugging preamp with power amp powered up, ditto source with preamp on and set at a high volume setting). As long as it sounds OK there is no other/lasting damage.

That would drive me crazy too!

It is not difficult to blow a driver

Obviously… despite a love of rock since the 70’s, I have not been trying hard enough…