Is there any way to make the album art and font larger on the NAIM app? Android btw.

I went through all the settings screens and couldn’t find anything and setting the basic Android to use larger icon and font didn’t seem to change the way the NAIM app presents things.

Just got a 10 inch tablet to use for control… well as a means to ease myself and SWMBO into the idea of stabbing at a screen rather than pushing a button. However the issue is I need glasses to read the text. So one option is to leave pair of reading glasses on the hifi rack or the other is to change the font size. Or
suppose an even bigger tablet!!

This is one of the reasons I’m not a fan of app control.

Ah the thorny issue of accessibility. The very reason I got shut out of the Roon thread

One day it will be addressed but not yet.

On the iOS app you can toggle between 3 different sizes of artwork, but the text remains the same size, with lots of empty space around it, which seems a bit daft to me.

Just tap on the view, each tap changes the artwork size. 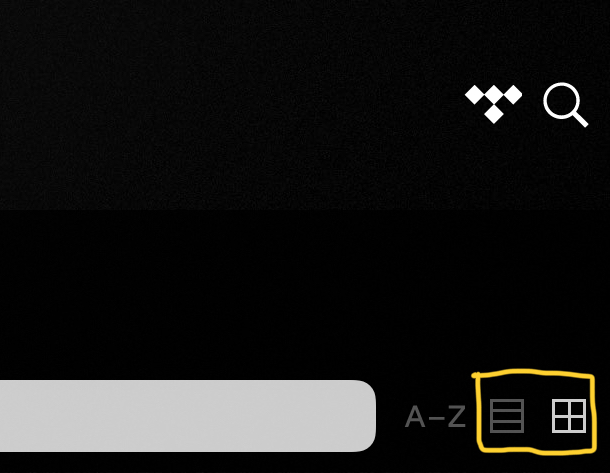 Interestingly a failure to make a web site or app accessible is now a prosecutable offence. Sadly most people with access needs usually have bigger fish to fry.

Nope not on my view there isn’t. No A-Z and no to the other two icons.

e.g. At the top I see The ‘Home’ symbol followed by Albums. On the right the search icon and three dots …

Nothing as per the image you show.

From NAIM… no way to change the album art size.

They say you can adjust the font size (I mean the text underneath each album art) by changing the default system font size… nope that doesn’t work. Even set to largest there’s no change. 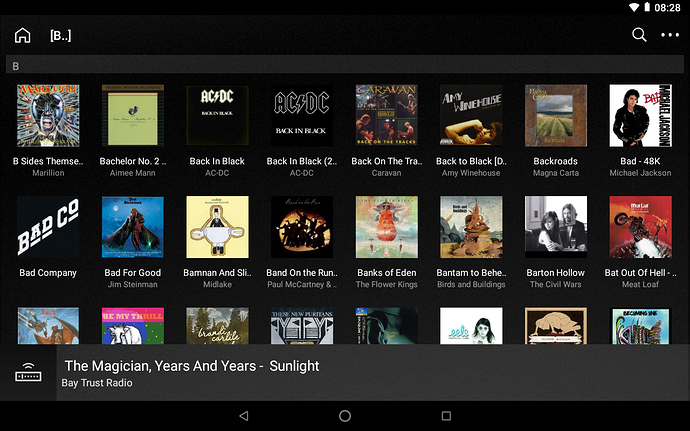 @solwisesteve, what happens if you gently touch the top line of album covers and slowly pull down on them, do you get more menu options above the top line now?

Like this, this is Tidal input, you can see search bar and view options in second image. 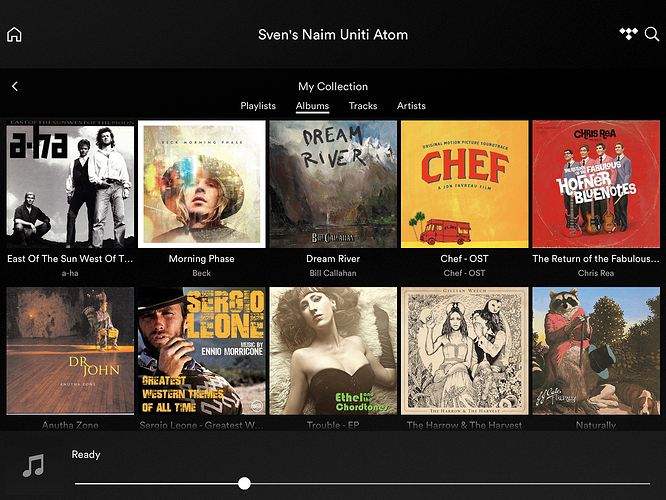 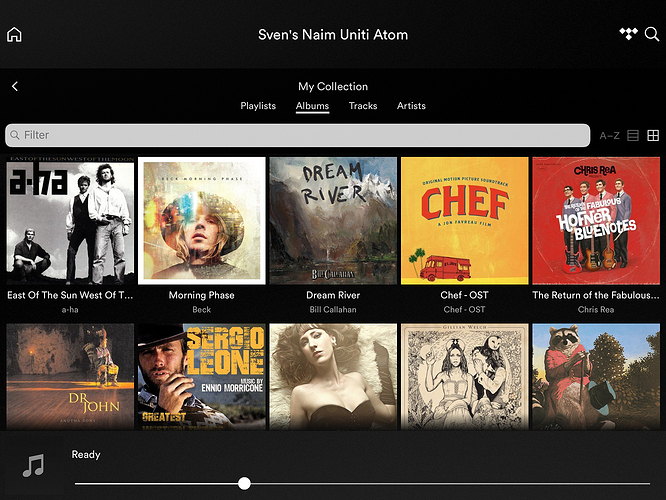 Thanks. I now see the menu items you mentioned. So pressing the icon you mentioned now changes the artwork BUT the font stays the same

Yes as @ChrisSU said, unfortunately font size remains the same. But at least you have larger album covers. You probably know the album covers well, so now they bigger they should be easier to find.

Yes, thanks. It certainly helps. NAIM support answer was a bigger tablet

A useful suggestion, I think, how about a built in screen saver for the app? I’ve tried the various other screen savers and, sometimes, the NAIM app will stall starting from the screen saver.