Does anybody know if you can buy upmarket cd clamp pucks ?

Naim did a lot of work here to get the puck design right so I’d stick with what you have. I’ve not seen any non Naim ‘upgraded’ versions.

Yes just a thought thanks .

Don’t do it. The clamp is a precision piece very carefully designed for best performance; it needs to hold the disc and provide an element of damping while also being of very low mass. Stick to the one Naim designed for the particular mechanism you have in your player.

Ok just thinking of a spare my dealer is getting my puck from naim next week that went missing so when i get that i will buy another of the same.

What a very, very odd question! What independent manufacturer do you suppose might design a puck for Naim CD players? And how, and at what price point, do you think they might be marketed to undercut Naim’s own?

Yes i got my player back from service today with no puck so just thought a spare would be handy i didn’t realise the vam1202 has a different puck so thought it best to asked.

Tomtom Audio in St Albans aim always to have the complete range of Naim pucks, which may be a quicker way of getting hold of what you need.

I was told years ago that it was good practice to have a couple of pucks. They can then be used alternately, to avoid the rubber rings on the bottom of the clamp getting flattened by use. You can also physically rotate the rubber in the clamp to avoid the flattening happening.

Another top tip I’ve picked up is to sit the puck in one of the top cups on a Fraim (or whatever equivalent you might have) when it’s not being used so that the rubber feet sit on fresh air and don’t get compressed like they would if you left it on a CD, other flat surface and/or in the mechanism.

Yes don’t store the puck on the spindle. Your rings will get squashed.

The majority of pucks don’t have the little rubber rings, so can be left in the player quite happily.

What independent manufacturer do you suppose might design a puck for Naim CD players?

AudioQuest? Other boutique vendors are available.

And how, and at what price point, do you think they might be marketed to undercut Naim’s own?

Undercut? LOL
It would cost more than the player.

Ah, right, I didn’t know that. But I’ve only ever had one Naim CD player.

I’ve never known why Naim alone use pucks. Or, at least, I’ve never heard of any other manufacture doing so.

Puck 5 for the newer mech has no rubber rings so i don‘t think you need more than one these.

Ah, yes, but what if you lose or misplace it? You need another in a safe place.

Leave it in the CD drawer.

any other manufacture doing so

Sony! Mine is an xb930 qs with magnetic puck. 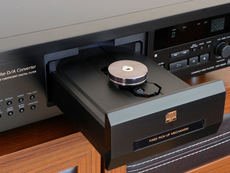 I didn’t know that Sony had used a puck. Was that just on one player, or were there more?

I wonder why Naim used a puck in the first place.

Last year I started to play a CD and there was the most alarming noise I have ever heard from a HI Fi system and it turned out the puck has separated and so part of it shot off inside the player while the cd was spinning and still clamped to the mech. So yes, a spare is a good idea🥲 Makes me sweat thinking about it again.