If i have a disc in my cd5i (mk1) when switching on it goes straight into pause mode & will not come out unless i remove the disc. If i close the draw with no disc, pause stops & allows me to inset a disc to play, it then allows it to play with no issue.

Anyone have a clue?

Why would you leave a disc in and power it off? If the 5i has a rubber ring based puck then you are shortening the puck’s life.

Not really the point. I should be able to switch on the player with a disc in the drawer & not stick in pause mode. It’s a newer type puck with the metal rim, no rubber.

That’s odd. I wonder if this is something to do with the static pause mode getting stuck in some way. Have you tried playing a disc then cycling the pause? Perhaps that will unstick it?

Maybe @NeilS has come across this before.

Actually, i haven’t tried this. It is very strange. When the disc is in & turned on i have to remove the disc & close the drawer to clear it. I will try what you said, worth a try.

Are you sure this isn’t the just the switch on mute period? If you press play (with a disc loaded) straight after switch on, the player will sit in pause during the mute period & begin to play when the mute lifts.

It stays in pause mode unless the disc is removed & the door shut then opened. Even then the pause light stays on until play is pressed.

Mmm, doesn’t sound quite right then.

I’ll check another unit, but it won’t be until next week now.

I will do a video & add a YouTube link later. 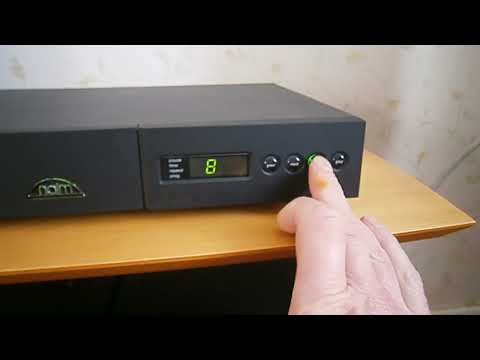 Quality is quite poor, but you can see the issue.

This looks like the mute period immediately after switching on the player during which it goes into Pause mode, as per Neil’s post above . If you leave it does the mute not lift at all?

That video is never the sequence I would start my CDP
It would be switched on then load a disc then close door and select play or track.
It seems weird to load a disc then switch it on from dead then demand options.
I’d have thought the electronics could do with a bit of time to wake up and calibrate.

I can’t see anything happening here out of the ordinary.
After you have pressed play, it’s showing track 1 & the pause light is flashing, leave it. It will begin playback once the mute period has elapsed.

I have owned a couple of these in the past, none of them went into pause mode on start up. I turned them on, pressed play, no pause in between. This stays in pause & only stops when i remove the disc as shown in the video.

I’ve just tried doing what you are doing in the video with my CD5XS. After I press play, the player pauses for about 25 seconds before it starts playing the CD.

But my routine is to have the player turned on before I open the drawer and put a CD in. Plays straight away. Then again, I don’t turn it off, unless I’m going to be away for a few days.

That’s strange. I have never owned a cd5i that has done this before & i have owned a couple before this over the years. I imagine this is in the instructions somewhere then. I will take a look.

Nothing in the manual to suggest this is normal practice for the 5i (mk1). It does state that if the player is paused intentionally the player will go into a static pause after 10 minutes to prevent damage to the laser, at which point the pause light will stay on but stop flashing. Nothing to explain my issue or what Christopher-M suggests.

Probably because the expectation was that the player would be powered up and left powered up for best performance, unless you were to go away on holiday or something similar. It’s also why it was probably deemed reasonable to have the power button on the back of the unit rather than the front.

Nothing to explain my issue or what Christopher-M suggests.

I suggested nothing, I related my experience.

But please, just switch on your player before you use it and you will have no more problems.