Hi!
I use NAIM CD5X, which includes HDCD decode function. But use for play HDCD , the HDCD Led indicator is not turn on. The sound quality is good.
Are something missing ?
Thanks,
Weichieh

Works as advertised, for me, FWIW.

I wonder what could be wrong at your end. Tell us more. Is your CD legit HDCD? How do you know?

It is a feature of little audible consequence, as it turns out, but interesting to folks like us anyway.

Thanks for your comments. I have one CD , which have two version. One is normal CD. The other is HDCD. HDCD sound much better than normal CD. But HDCD led indicator is not turn on. I have fixed CD5X CD puck before. Does fixed CD puck affect HDCD led indicator? Do i need to buy the brand new CD puck?

Hi @Weichieh , no need to replace the puck - I would not bother too much with this as long as it sounds good. I can recall the HDCD LED popping up with CD’s I didn’t expect to be HDCD and vice-versa when I owned a CD5X

What is the CD? It may be that the indicator flag is not recognised. IIRC a few HDCDs were mastered so sometimes the flag was missed by some HDCD players. It would decode but the HDCD indicator wouldn’t light.

Same as @Richard.Dane ive had a few that don’t show the light.

Hi! All,
Thanks for your valuable comments.
My HDCD is Taiwanese Singer, which is reproduced by Chinese ABC company, as the attached. 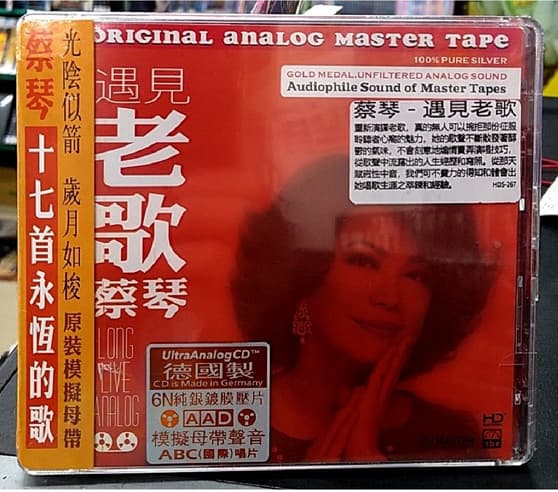 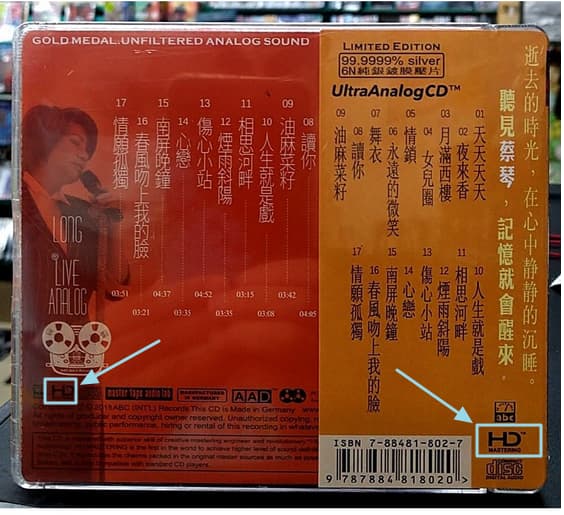 I suspect that CD, whilst it carries a ‘HD mastered’ logo, is not an HDCD which is why it’s not recognised as such by the player.

I agree. The official HDCD logo looked like this:

I can’t see this logo on the images you’ve posted, so it’s unlikely to be HDCD.

If you’ve got any other discs which do light up the HDCD LED on your CD5X, that would show that your LED and the relevant circuitry in the player are working well.

Hi! James,
Got it!!! Thanks for your assumptions.

HD is not HDCD. I wonder if HD is marketing or real improvement in sound.

I agree there is no HDCD logo, so very unlikely to incorporate HDCD encodings… including HDCD flag which enables the decode LED.

Of course the opposite can be true, it has a HDCD logo, and the tracks contain HDCD flags but there are no inserted HDCD features such as peak extension or level extension…

Thanks. HDCD Logo is the key feature for enable HDCD Led indicator.