I noticed the following on the Naim web site
“All Statement products are expertly hand built to order”
Can I infer from this that all other Naim products are not expertly built either by hand or robot?
#justathought

The other well known British company uses robots I believe …

I once a worked in a “Manufacturing Centre of Excellence” and my client used to joke whether that meant that the rest of the company is not excellent!

They make most products in the same building in Salisbury, UK, with the exception of Muso products which If I recall correctly are partially made overseas with final build and test also done in Salisbury HQ.
I’ve seen a Statement system being put together as well as amplifiers and CD players. The staff making Statement systems are specially trained and long term employees, it’s really a work of art and a very skilled activity. The main distinction with the Statement products being they’re made to order whilst everything else isn’t.
The same level of skill and attention to detail goes in to everything they make.

I fairly certain that all Classic/Reference Naim kit is (expertly built) to order. And since the component supply shortage, probably the Uniti and 5 series gear as well…

Naim had at least one Robot back in the 80’s. Am sure they have more now…

Yes, the ROBIN for automatic insertion of certain small components into the PCBs. I believe there are still two of them used today, although they are over 35 years old now and something of a “classic” in their own right.

The other well known British company uses robots I believe …

I visited the then newly built factory in the 80’s and was amazed at the level of automation then.

Can I infer from this that all other Naim products are not expertly built either by hand or robot?

No, you can’t. The sentence simply makes a factual statement about Statements and neither says nor implies anything about their other products. If the sentence started with ‘Uniquely,…’ or ‘What distinguishes Statement equipment is…’ then possibly, but not as it stands.

And muso and muso Qb are entirely built in China I think….?

If it’s the Scottish one not for construction only material distribution. 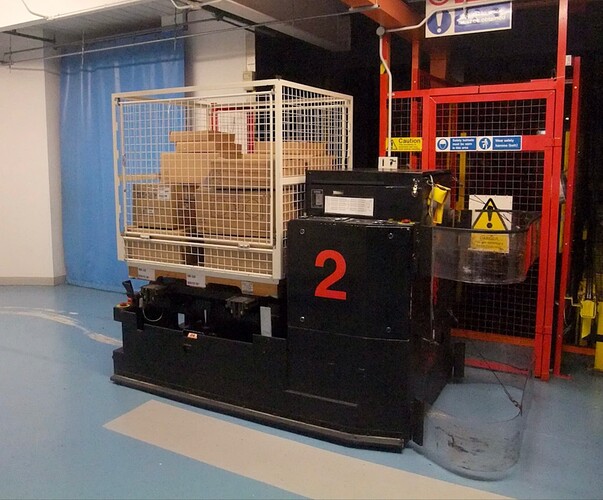 But not all transports sound the same!!

I believe they have rather smart cnc machines as well now.

As well as auto component insertion.

I thought you meant manufacturing finished items that’s all hand done by an individual.
Yes they have very advanced machines for engineering and circuit board manufacture.
Crossed wires during post production.

Statement has its own build area, and there’s only a select number of people who have the technical expertise to make one. When focal’s one broke, they flew Janet out to St Etienne to fix it.

The DR regulator modules appear to be made a long way from Salisbury judging by the QC stickers on them.

I was lucky enough to be on the first factory tour that took place in 2021 (post pandemic restrictions) and I can assure you that the very nice people I met assembling the various products were not robots. They build to have very little stock, but not quite built to order maybe, we were introduced to the two guys that built the ‘Statements’ and I recall they were built to order in an area set aside for that product only in a very relaxed atmosphere, which is what you would want I suppose. The icing on the cake for me was that apart from the new sales rep. That was on the tour to gain product knowledge I was the only one being shown round, and Mark who was the usual tour guide has to be the most knowledgeable product expert I have ever met, and the time spent in the demo room was to die for with the music played on such georgous equipment!