After over a year of not owning any Naim Audio amps I’ve just committed to buy a
Mk1 Nait 5 for a very reasonable price.
I wanted something pretty much plug and play, rock solid for a second system and this came up. Speakers will come later I’ll have to use the little JBL Control 1’s for the moment but will go for something a bit bigger later on I’m thinking something along the lines and cost of Q Acoustics Concept 20.
I just want something fast and light of course bass is important but not room shaking as there are neighbours above to consider.
Source will be the Rega P2 I’m doing up and bluetooth DAC of some description so that I can play Tidal from and music stored on my Fiio M9 DAP.

Very nice but a bit pricey at the moment.

Bob, a lovely little amp, the NAIT5, but remember you’ll need a phono stage to run a turntable with it. There’s an AUX2 socket though to power a Stageline…

Yes I have a couple to choose from a Musical Fidelity V LPS with the
V PSU power supply or a hand built Bugle 2 with either a battery or linear psu which I haven’t really given a good run in yet.
But very handy to have the powered AUX 2 socket incase I do choose a Stageline the Nait 5 is a very versatile amp it can be powered by a Flat or Hicap I believe and can run as a Nac into something like a 150x or as a power amp.

How about some RX1’s, should pair very nicely with the 5. A high sensitivity and easy load, should be around budget if you find a lightly used pair - 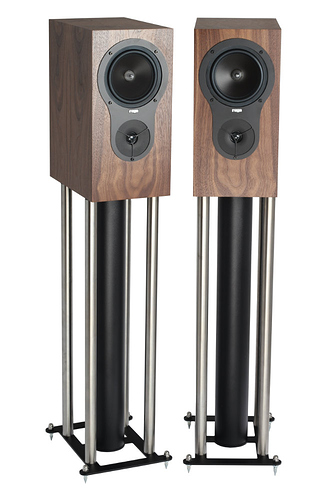 Lovely amp Bob. My old pal has an original Nait 5 into SBLs and it sounds superb hopefully after the lockdown I will be able to revisit.

Enjoy the original Nait 5 its special.

I had a mk 1 Nait 5 hooked up to Dynaudios ( the old Audience bookshelf type). Loved the sound, so new Emits could be worth a look.

I’ll check them out thanks for the hint.

Love the Naim Dynaudio sound and still have some big Dyns in my main system. There is a pair of Audience 52 for £250 on a well known site but they are slightly too damaged though.

I’ve just bought a couple of RCA - Din Chord Chrysalis cables to connect my two sources to the Nait for the money one at £20 the other £25 they’re hard to beat.

Just bought the Dynaudio Audience 52 on eBay looked more at damage and it’s just one corner and for £220 inc post it’s a steal. 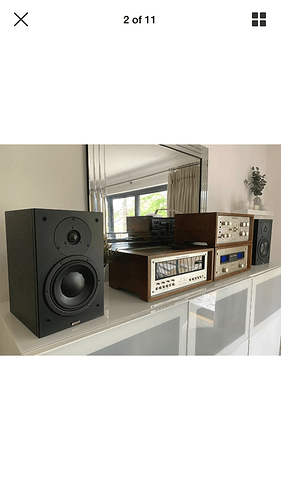 Here are some more photographs of the Audience 52’s from the sellers listing in the first photo you can see the slight damage to the top right corner.
I can live with it for now I just need to work out how to get them over to Spain the Nait 5 and the P2 will travel with us on the plane the Nait as hand luggage and the P2 in it’s original box inside a suitcase but the speakers are maybe to big.
I carried the JBL Control 1’s over in a suitcase without any issues perhaps though I’ll look into a courier. 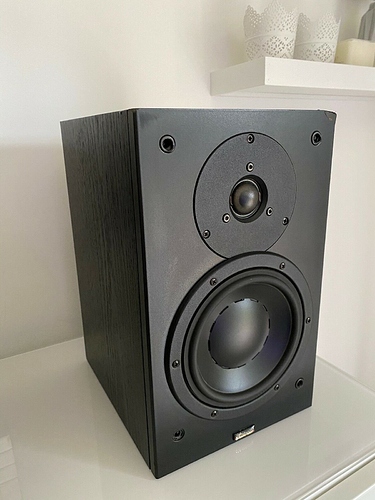 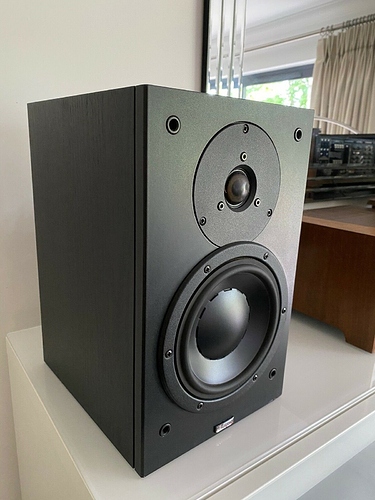 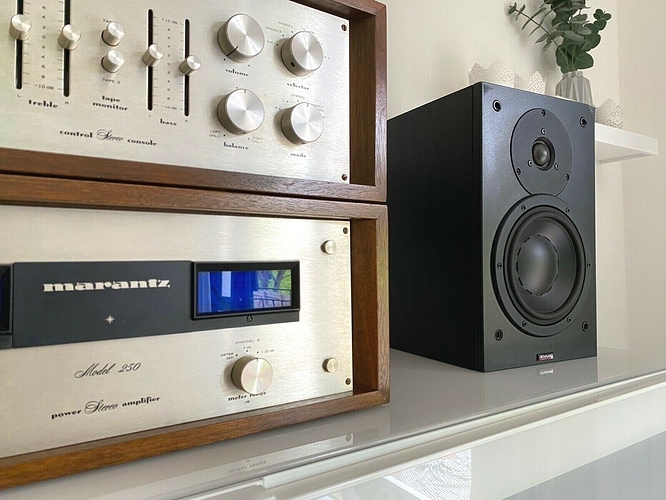 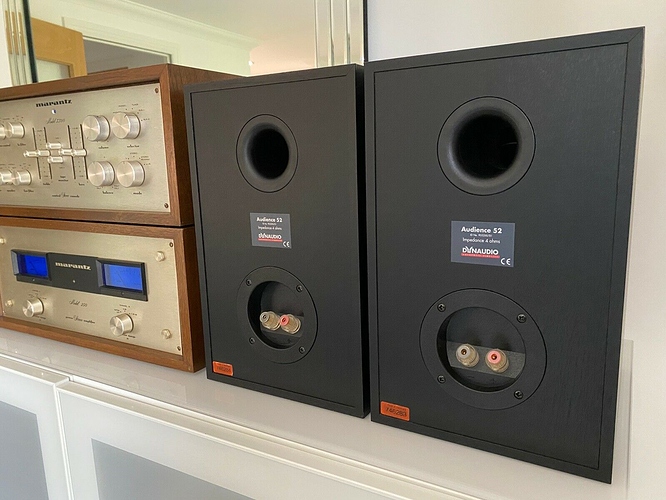 I have a Nait 5 / Flatcap 2 / Stageline N running Dynaudio Emit M-30. It sounds like music. Dynaudio and naim seem to have a very nice synergy. I am sure you will be well pleased with your set up. 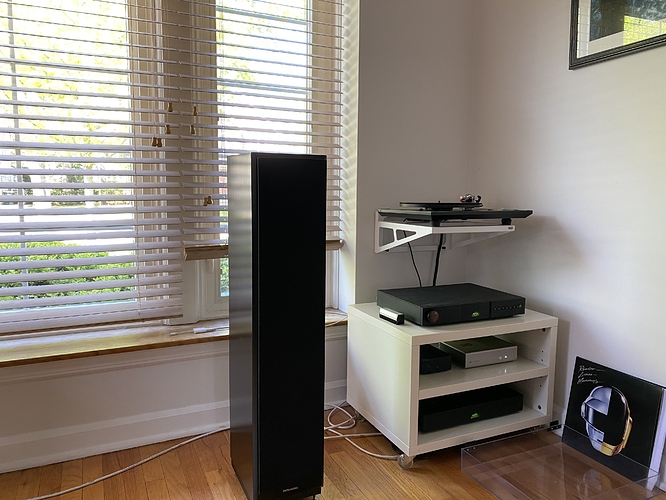 Yes they were the ones i had, great little speakers. Good price!

Hi, @Richard.Dane. I seem to recall the Nait5 is a bit special — unique. I made a mental note to pick one up if one ever drifted by, based on something you said about it once. What was it? Neither the later 5s nor XSs quite duplicate its combination of strengths. Or am I mistaken?

I do know that later Nait 5 variants never had the flexibility of the original and it was the XS that took over that role in the line up.

I’ve never actually heard though one and bought it blind A. because it was Naim who as far as I know have never made a bad amp some can be fussy but never bad and B. because of the value for money which actually in my opinion make it tone of he best vfm used amps out there I paid £300 for this one without a remote.

I did hear the last Nait 5 an si I think when I bought my first UQ2 and it sounded very good indeed.

A flatcap would seem the natural upgrade what did you find where the positives from adding one?