Hello everyone, Any tips on lowering the running temp of my Olive 250?
It was serviced 3 years ago and then closeted by the original owner, then sold to me.
Very low hours after service, if any. I use NACA5, only 3 metre lenghts. but the only thing I can come up with is that maybe they’re too short? It’s very close to the suggested 3.5… How much space is generally preferred around these things? Just not sure why it’s so darn warm. I hope to have this amp last me a little while. Don’t want to damage anything inside. Thanks in advance!

Where / what is the 250 sitting on or in?
How about a pic of where the amp it
Also how big is the room and what speakers are you using ?
Does it get hot and stay hot or is it only getting hot when you are playing music?
I used to shut down my 250 I had years a go driving small Royds in a small room 13 feet x 16 feet but that was due to playing the system loud for hours and had a fan blowing air over it during these listening sessions.

That’s a little bit short on the speaker cable, but probably should be Ok and not be causing it to overheat. What speakers are you driving and to what sort of levels? Do you have a reasonable amount of air around the case? The case is the heatsink, so if it’s in a tight space in an already hot room then it can run quite warm.

Note that if it does get too hot it trips out to protect the internals. Is this happening?

I’ve had various runs of NACA5 and NACA4 over the years, and suspect the length I’m using at the minute is too short for NAP250 to SBLs but probably similar length to the OP.

Is there a significant sonic difference audible or is it more to do with the electrical characteristics and potential stress on the NAP 250? (Actually having found some longer NACA5 I should A/B but in the current location cable folding will be very unsightly).

I found my old NAXO 2-4 the other day, and am trying to drum up the courage to fiddle with the connections to return to active mode (rack space also limiting) - in an active setup any idea if you have shorter runs whether or not they’d be better on LF or HF outputs? Years ago I probably mixed NACA4 and NACA5 in the active system as I had similatr lengths.

I had my NAP250s serviced a few months ago - I suspect like you my cable run is too short - I think around 3m, but I may get a shock if I find the tape measure!

AC, probably better in a dedicated thread, however, yes, when I tested various lengths of NACA5 at the factory some years ago, I found that the 3.5m pair were my least favourite, giving a slight edge and a sense of a kind of hardness to the sound. 5m per channel was an appreciable improvement, with my favourite being the 10m set, where everything seemed to “breathe” properly, although differences between 5m and 10m were pretty small IIRC.

Thanks, if I can reach my longer A5 pair amidst the clutter in the other room I’ll try and report back!

Just swapped in a pair of 8m NACA5, and it does as you say seem to ‘breathe’ better.

Hey everyone again, thanks for the replies,
I am running mostly technics, sometimes 2 with a mixer.
But I prefer running hicap > stageline over to Harbeth compact 7es3.

Today i picked up a set of 15feet pair of naca5.
Installed them and I hope its a little better.
Will be adding more room to the 250 soon.

I’ve used smaller naim amps and had no issue at all with very little room around them. Surprising that it’s the temperature it is , is all. 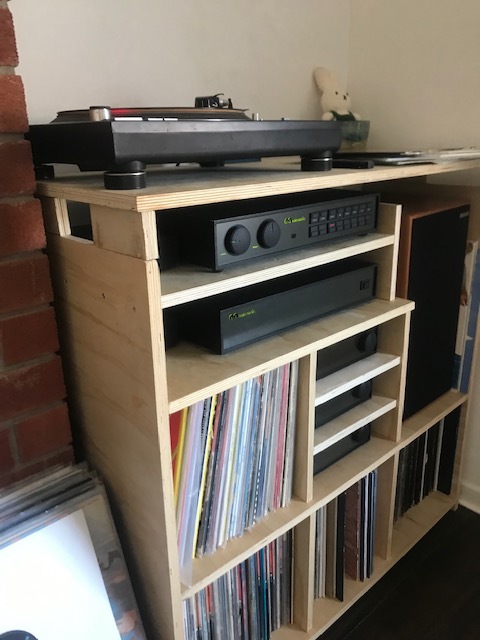 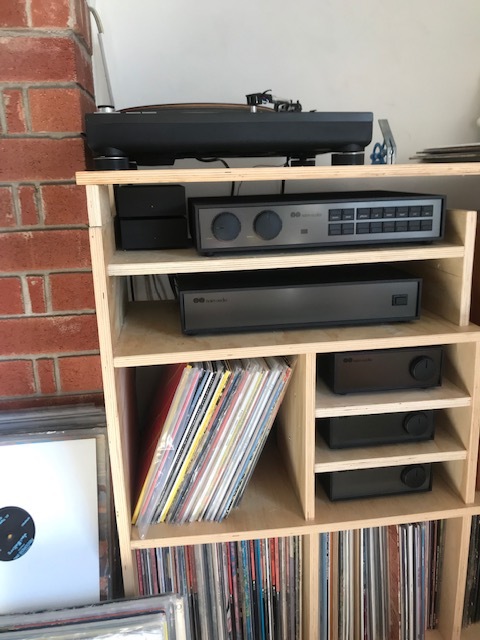 Char, are you saying that the 250 is getting so hot it shuts down?

Note that as the 250 is a regulated power amp it will often run warmer than a regular amp, particularly when asked to work hard. This is why the bigger regulated amps from the NAP135 upwards have extra heat-sinking and fan cooling.

@char - do I spy that one of the speakers is only a few feet away from the amp? If so, you need to be very careful how you loop/wind the speaker cable.

As Richard alludes, a 250 (being a regulated amp unlike smaller ones in the Naim range) can run warm and has a thermal cut-out. In ordinary use this shouldn’t be tripped, unless you go to concert volume levels. But things like poor cabling contacts and poorly looped cabling can aggravate things.

Going by the pics, you could pull the NAP forward a bit and centre it up, so that the air gaps around are maximised and evened out.

Did you ever solve this or measure the temperature of the case?

Mine runs at 30-35 degrees when playing music although I’m sure it used to run cooler. Or I play louder!

Did you ever solve this or measure the temperature of the case?

Mine runs at 30-35 degrees when playing music although I’m sure it used to run cooler. Or I play louder!