So I picked up some 90s SBL speakers today. One of them sounds great, the other has servere distortion. Upon investigation, the centre weight appears loose and in fact can be completely removed, it seems to have worked loose over the years. Does anyone have any advise on what I should do to fix this…

If by centre weight you mean the magnet on the back of one of the drivers, then at least one new driver or better a matched pair is probably in your future.
Best

Hi David, thanks Im not sure that’s what I mean. Its the lozenge shape but from the centre of the speaker… thanks 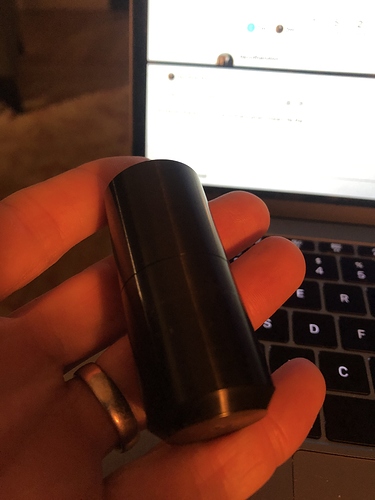 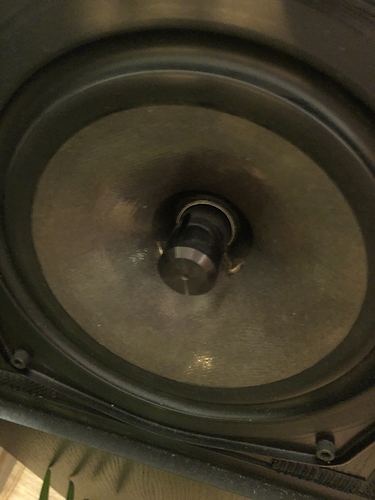 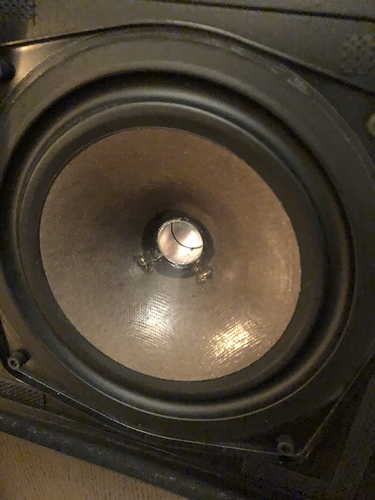 The phase plug is attached with double sided tape and Naim support should be able to supply a replacement ring. But - if the phase plug comes off it should not lead to severe distortion. If there is a bigger issue with a bass unit they are really pricey to replace. Maybe you should return the speakers and get another decent pair.

I think there was a thread about this recently. As I recall it can be glued back but it’s very fiddly. @Richard.Dane May be able to help.

Hi…erm yes that may be what I mean, its the cylinder shaped plug at the centre of the bass unit… Removed it sounds fine, but when inserted its distorting because its moving around presumably.

That’s ok then. Speak to Naim and get the sticky ring thing to re-attach it.

Those are Mordaunt Short drivers by look of it. In which case, the repair kit won’t work - that’s only for the later Naim drivers with the split phase plug/heat sink.

IIRC the way to repair this is to ensure it’s perfectly centred and affix using a tiny speck of superglue. This must be done very carefully otherwise you risk destroying the driver. Best done with the driver removed and laid flat. Then shim the phase plug to centre it.

However, you say it plays with distortion. Even without the phase plug in place? If so, it indicates that the driver may already be damaged.

Place fingers evenly around the center of the woofer/mid driver. Push back and forth gently say .5 of a cm, if you feel or hear a rubbing noise it’s bad news.
It may be that the phase plug which is a heat sink has been unattached for a while and it maybe the previous owner has cooked the driver. Another way is to smell the center of the cone. If you smell burnt/ charcoal that’s another sure sigh of a cooked driver. As far as I know what happens is the coil of the driver heats up and expense to the point that it rubs on the surrounding magnet. Or something like that.
Looking at the woofer frame seems to be rounded so you may have the mark 2 drivers (HH or Richard can confirm) if that is the case you may be in for some help from naim. The “SL2” driver not “sbl” comes in at around £250 + vat each (over here we call it GST “Government stealing tactics” ) anyway unsure about what help you can get.
In saying that I’d send the boys around to have a word to the seller if indeed you paid money for them. It’s a shame really as you have a piece of audio history that still kicks butt today!!
Good luck
Oh just read Richards post mark 1 drives. Send the boys around🤬

Yes, these are early drivers, so not Naim ones - they are M-S drivers. Quite different to the Naim drivers - pressed steel basket and the phase plug is not a heat sink, it’s just stuck in.

Thanks Richard for clearing that up. (Well for me)

Richard, I seem to remember reading that the credos drivers were almost the same as the sbl’s bar being matched. Would it be possible if the poster was at a complete dead end to pick up a set and use them in the sbl as a replacement?
Just saying as it would work out a bit cheaper would it not?

Reading the OP’s comments suggests that the sound is ok with the phase plug removed, which would indicate that the driver is ok. Looking at the photo it seems that the plug attaches to the metal bit at the rear of the hole, but not to the sides, which need to move in and out. Is that right? If so, getting any glue on the sides would make the driver seize up.

Fixing this is certainly not something I’d attempt as it looks really, really easy to mess it up. I’d be inclined, if I were the OP, to take them back for a refund. An alternative would be to have the drivers upgraded to Mk2, but I seem to recall that’s about £800. It would be far cheaper to return the speakers and buy a pair with the Mk2 (Naim) drivers already in place.

How about Sl2 drivers.
Will they work? I know probably another dumb idea just sayin😕
Not including VAT SL2 drivers Bass/Mid = £289.50 GBP Each

Looking at the photo it seems that the plug attaches to the metal bit at the rear of the hole, but not to the sides, which need to move in and out. Is that right? If so, getting any glue on the sides would make the driver seize up.

Correct, hence my warnings about what happens if you c*ck it up.

thank for all of the advice. With the plug removed they sound perfectly ok without any distortion at all. They came as part of package which im quite happy with (with the exception of the non working HICAP to 72…), anyway I don’t want to return them, id rather work out a way to get them working. Is there any danger of using the speakers with Plug removed… I presume its there for a reason!

Yes, Credo drivers are the same as later SBL drivers, just not selected or matched. An old pair of cosmetically shabby Credos with working drivers might be a very cost effective way to upgrade an older pair of SBLs. As for the selection and matching, after so many years, it may not matter so much…

p.s. And yes, SL2 drivers are effectively the same as SBL drivers, although the selection criteria may differ.

Is the rear of the phase plug flat, like the front? If so putting a blob of glue in the middle would not be so hard, especially if the speaker was on its back and the plug was being lowered vertically. That’s something I’d me more than happy to do. If you put a band of thick paper around the plug that would ensure it was centred. Once the glue is dry it would simply slide out.

On the other hand, if the plug is an open tube at the back it’s a case of putting the glue round the edge and lowering it in without touching the sides, which would be really, really tricky to do.

Hi, its solid ie flat at the back… ill try the glue method today, thanks

In that case, take the bass box off and lie it on the table or floor. Support the top of the box with a book or something so it’s dead flat, and wrap a piece of paper round the plug that’s thick enough to keep the plug central while the glue dries, but not so thick that you can’t slide it out without pulling the phase plug off again!

I’m assuming that as the speakers have only just arrived you haven’t yet sealed the boxes together. Do you know how to do that properly?

I hope that makes sense. Good luck, let us know if it works.