Last Monday Max B. invited me at his local Naim Dealer for a demo with Solstice TT with a full 500 system. Speakers were Focal Maestro Utopia Evo with S.Lumina loom.
He carried along an pretty battered copy of A. Parsons The Turn of a friendly card, (i didn’t check the specific edition) at first he was reluctant to leave it on playing for the consistent noise. Then we turned on side B playing “The Gold Bug” and boy the scale, the tuneful bass line and overall involmente was nothing short of utterly impressive.
Then we played a copy (still sealed) of D. Sylvian B.Trees (Virgin 2019) i carried along, very good but not so emotional like the other one. Later we though to play the same A. Parson track via ND555 from a local server (a Melco) and it was so disappointgly lame, flat and uninspiring. I don’t know whether it was ripped from a cd or other but it was like switching back to a mp3 file in comparison.
After this i leaved Max alone since i was diverted by the shop’s guy into Sports cars conversation.
Regards
Roberto
I will go back for a further demo in a few weeks since i have tocollect a new Panasonic led tv i bought there in the meantime 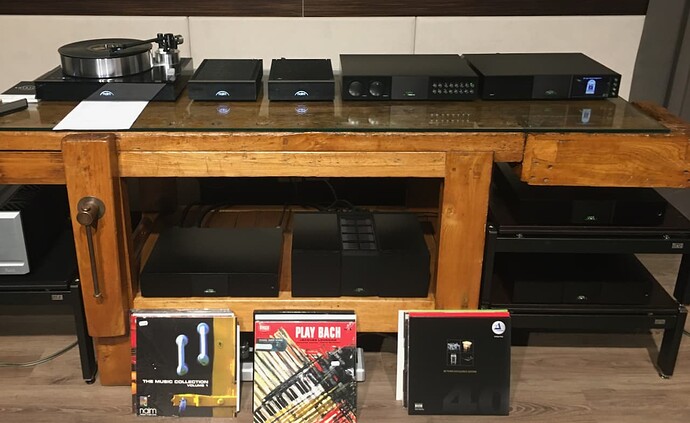 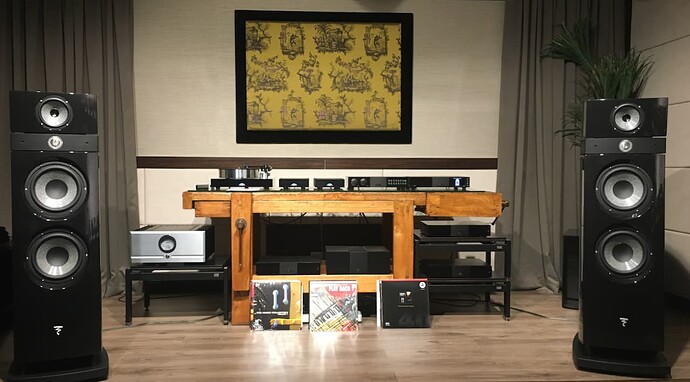 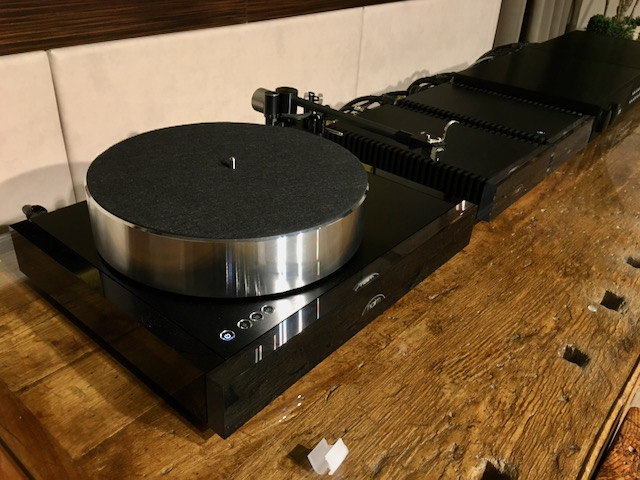 Let the comments about the “rack” commence

Brilliant Trees is a great album but not really one that plumbs the depths of emotion. Sounds like a interesting day out though. Thanks for sharing.

Let the comments about the “rack” commence

I can understand your sentiment, having myself three Naim systems fully Framed. However i can’t partly justify the dealer choice like a way to show a system like this in an original way where the absolute tuning is reserved at home’s final user.

It reminds me something

Nice pictures.
In your comparison, you choosed an album from 1980, which is originally an analog album.
So even on a Rega P6, it will probably sound better vs the Nd555, lol.
I recently compared both like you, but I listened to 3 digital albums which were produced very well on lp : A french pop 2010 album, Eric Truffaz/ Bending new corners ( 2000/ blue note) and Hugh Masekela / Stimela.
I liked the Solstice, but found it more laid back and less dynamic vs the Nd555 for these 3 albums.

i already pointed out, i’ve no idea what kind of file was into the Melco library, they also have a Core in the shop. Next time i will carry along my cd to for another comparison.