Hello,
I picked up the Stageline K version recently,
haven’t really picked out cartridges yet, but having a hard time figuring out what should pair with it. Only info I can find that makes it different than the “S” is that it’s ohm’s are higher than the S for a specific Linn cartridge? Would most moving coil cartridges sound OK with this one? Should I sell the K and find an S instead? Anyone have any experiences with this? Thanks! Curious if anyone is using this phono stage and which cartridge they’re pairing with it. Really want to experiment with carts down the road… really like the sumiko’s I’ve heard. Input sensitivity : "K & S 100μV, " (the same) but
input load is different "S 470Ω, K & E 560Ω

I’ve also heard it’s a rather simple resistor adjustment to change to make a stageline the correct ohm level. Anyone tried that? 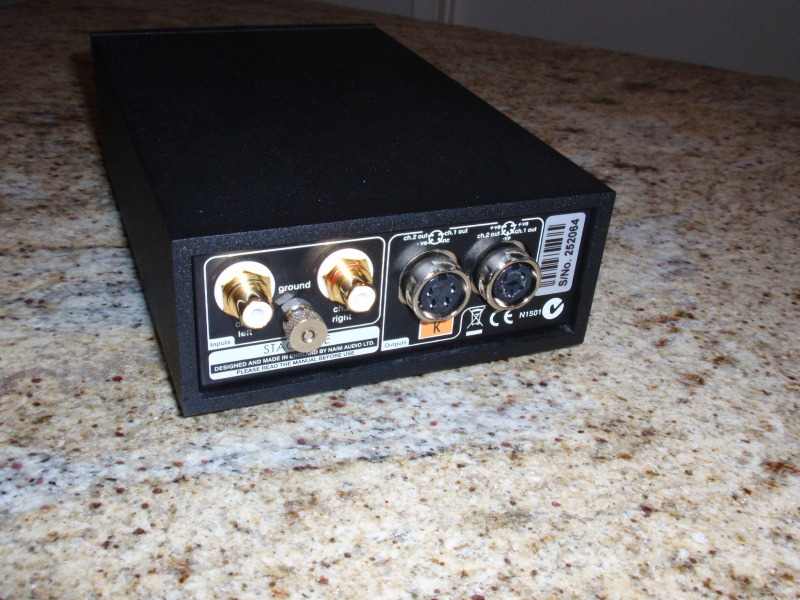 you can look at the recent thread on the stageline, in the search part. Richard or Cymbiosis have the response. Good luck !

I own a Stageline K because my MC cartridge is Linn, and I have always used Linn MC cartridges over the years.

If you do not a Linn cartridge, I would suggest that you get something else,

Darren at Class A Audio an official Naim service centre converted my K boards in my 82 to S type when he recapped it so perhaps he can do the same to the Stageline?

Apart from the slightly different loading, the main difference between the S and the K stage line is down to top end roll off; the S rolls off more steeply once past 22kHz compared to the K. This means that the S is more suitable for MC carts which have HF resonances lower down the high frequency range.

The problem you have is that with the Stageline it is not so easy to change things like loading, mainly because Naim didn’t want to put in any switches, which always impair performance. So, it means Naim service or an approved Naim service agent (or sometimes maybe your Naim dealer can help) have to wield a soldering iron to change the loading resistors. So it’s not the best unit of you like experimenting with lots of different carts and different loads. If you want that then there’s the Superline, which has interchangeable plugs for loading and capacitance. It sounds amazing, but it’s quite a bit more expensive…

If you are looking to experiment with MCs in general, then a Stageline S is a far better bet, IMO. Very happy with mine.

Yes, I’d agree with Chris that the S is the better bet for widest compatibility with most low output MCs. Also, Peter at Cymbiosis recently reported that it worked well with a higher output MC as well.

The old superline loading thread had a few loading recommendations for various cartridges and I think the Linns and Lyras had similar requirements, dynavectors wanted a bit less resistance but also less capacitance than the stageline S offers. Its a different phono stage so these values might not map directly but if cartridges need the same loading on a superline they probably do on a stageline as well so maybe a Lyra would fit the bill. I should add that I’ve not actually use Lyra nor Linn on my superline so haven’t checked this personally but if the archive is searchable Kuma made some of the reports I’m refering to.

Thanks for all the replies. I got a very good deal on a used Denon 103 to try it out with. If it doesn’t sound right I’ll defibiteky have to find away to trade it out. Sad I didn’t find out more before buying it. How it goes I guess.

I successfully used a modified DL-103 with a Prefix K, so I would imagine that a Stageline K and the Denon DL-103 would be similarly fine, so don’t worry.

Only thing you do need to worry about is whether your used “deal” 103 is past its best or not.

Used a standard DL-103 into a Prefix K without any issues. Rather liked it.

I use a 103 with K boards. It sounds superb with my turntable/arm/amps/speakers. No intension of using anything else in the future, other than a 103R. You might find the urge to experiment goes away.

Give it a bit of time. I don’t know how it will sound if it’s not been used for a long time, but from new the 103 sounds awful.

Thanks for all the comments and suggestions. great forum