On the edge of purchasing a Nova, or maybe a Star but want the best for sound.

For 2. - if your CD-player has any digital output, it could easily feed the music into the Nova. (The Nova has multiple and both optical an electrical digital inputs.)
(And analoge-out from the CD player would work as well - the Nova also has analog-in. But it would not be optimal, with multiple conversions between digital and analog, since the new Unitis digitalize their analog inputs.)

For 4. - if you don’t want a separate CD player, and like “putting the CD into the player for listening”, the Star might be the way to go.
I also still buy CDs (especially, when they are cheaper than lossless albums to buy), but I have ripped them for years to my PC/Mac, hence I never needed a CD-“player” any more. If you are fine with this way to go, then there’s several options: ripping the music on a PC/Mac and either copy them to a USB-drive to connect to the Star/Nova or stream them; put the ripped music on a Core or any NAS and play it from there; or rip the music with the Star and an attached drive.

I own the Star and I am very happy with it.

I have not compared to the Nova myself but the Nova is obviously a better unit considering the price.

But the Star is extremely good as well.

I am very happy with the sound and performance.

I find the convenience of the CD support a plus point. Actually I rip every CD to an attached store. Some folk have their reservations about the results of the rips but I for one find them more than good enough. Metadata support ain’t great so if you are a stickler for that perhaps look elsewhere but if you are happy with finding what you ripped and playing it, it really is great.

As for your speakers, if I look at the power rating both the Star and the Nova will drive them extremely well I am sure.

Back in May I was considering a one box solution to my hi-fi needs and buying the Star because of its CD playing capability was on the cards. However because I already had a CD player I thought I’d just connect using an optical lead and get the Nova instead. I was also of the opinion that if I bought the Star, or for that matter, the Atom, I would always be going “what if” I’d only bought the Nova and the associated upgraditis that would go with that. Nominally, the Nova only has a 10 watt advantage over the Star but if you consider the size of the transformer and the component quality advantage the difference in its ability to control a decent loudspeaker is there and your PM1’s would certainly benefit from that. If you can afford it and feel the one box solution is for you then just go for the best of the bunch.

The Nova is much more capable than the Star, sound quality-wise. Which you should should buy depends on your budget and whether you want the one unit to play and rip CDs. The Nova will happily take an audio input. I don’t think you would notice the analogue to digital conversion that goes on internally. It’s designed to be inaudible.

Earlier in the year I auditioned new Linn Majik, Star and Nova.

Personally, all are good but the Nova was effortless and in more control with great sound.

You can add CD to Nova and like others you could go the Star route, but I think the Nova would be niggling away at the back of your mind.

However, book a demo, that’s the only way to know.

Welcome. If you are after best sound quality, the Nova with a CD transport is the way to go. It will go loud. I haven’t heard your speakers, so can’t answer that, but I guess you can change them later if you like. Generally speakers give more, the more you drive them.

If you only want 1 box, the Star will be delightful to.

The PM1’s unfortunately aren’t a very sensitive speaker so probably not the best match even for a Nova, If you do play load. Be careful to avoid clipping the amp otherwise you will cause damage to your speakers.

Am starting to lean more towards the Nova now! Later hopefully pick up decent CD transport later now knowing it now can be fed into the Nova

Need to start ripping my CDs to my NAS drive doing a few at I time. I will still prefer owning and collecting physical music format, similar reason for books over Kindle but also want to also go multiroom and use the benefits of streaming at your fingertips.

Here’s another thought for you. If you are happy ripping CDs and rip new ones as they arrive, there is no need for a CD player at all. Just another box taking up space. You may well find that you start buying high res downloads or using internet streaming such as Qobuz; in both cases CDs become less relevant.

If you are willing to contemplate two boxes - Nova and CD player - you might also want to consider getting a ND5XS2 and Nait XS3, or even Supernait 3. Both are better than the Nova and the SN3 would be a better match for your speakers.

I use my Nova with a Zen Mini and it’s an awesome combination, played through Naim Allaes it will go very loud at about half volume.

I would seriously consider the Nova which is an often underrated product which for me is outperforming my old CDS3/252/300 (six boxes in all) with all the right tweeks and fronted with a top flight turntable (and in a single box) and is upgradable with a separate power amp If needed to drive the most difficult to drive speakers. Worth reading this review to fully appreciate its potential… 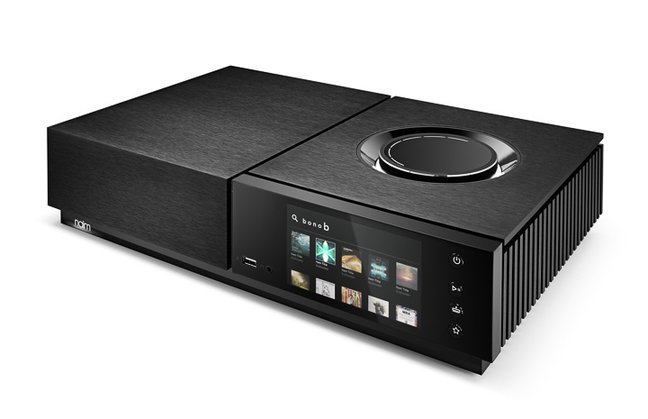 …check out the bottom of P3 of the above review

…with regards to CDs, I also still buy them and rip to a Western Digital, My Passport SSD holding approx 2000 songs (so far) that merely hangs unobtrusively out the back of my Nova and sounds wonderful for a few extra pounds…

I upgraded from an old Uniti to a Nova, despite still buying CD’s. I barely used the cd player on the Uniti as it’s much more convenient to just rip and stream.

I never auditioned the Star so don’t know what the SQ differences are but am totally satisfied with the Nova. Superb bit of kit.

I can’t be without my CD collection as I have a loads of unique Electronic music with lovely distinguished collective only and cd art.

I managed to get a listen to the Atom and was happy with the sound. Was previously itching towards the Nova but I have settled for the Star

Was a bit of roller coaster ride choosing between Star and Nova, even Atom - but thanks all here for you help and I think that all 3 are great systems for listening to music.