…any idea what’s coming?..guess not Winter:-)

I entered my email address, to be told I would be contacted on 8th May.

my guess as well… 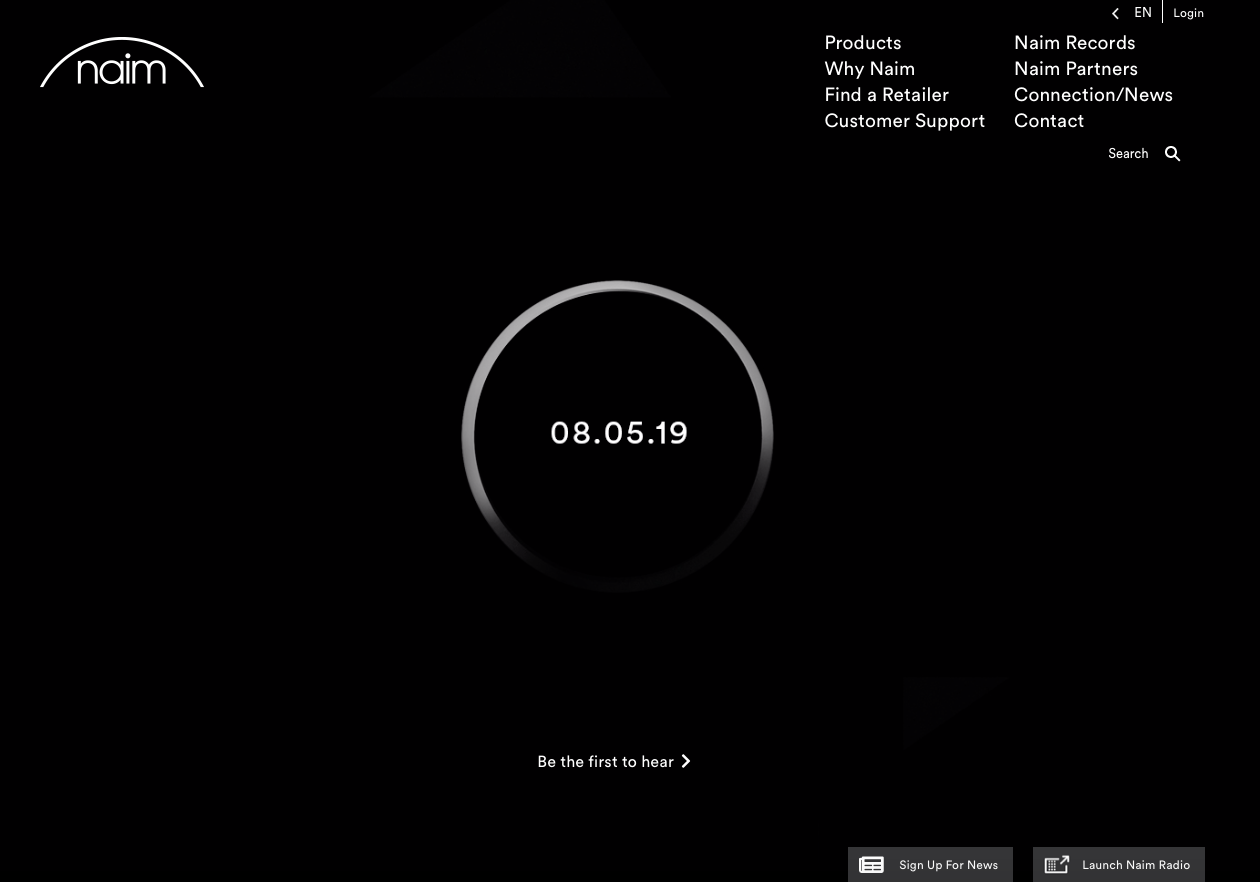 This thread should have reached about 300 pages of pure speculation by then, just to be informed it’s another limited edition Muso

Or a new turntable

Exciting times. I literally got a NDX2 and SN2 today,so won’t be going 372. I figured in any event that the NDX2 would be a better source.

Not unless it costs £10k

Based on the look of the logo in the teaser i guess its something in design like the Uniti line. Maybe the next iteration of the 272 will be a Uniti-like product with a matching poweramp.

This urgency to get IOS and Android app updates out suggests that it’s because they are needed to be able to control something new.
Best
David

“372” would be an odd model designation wouldn’t it? There are no other 3xx’s right?

It would be nice at some point if @charliehenderson could give his thoughts on Naim going forward now he has had several months in charge. He should be approaching Statement in his home system by now…as he was going to try out the complete range? Thoughts Charlie😁

The white circle looks reminds me of the controller dial on the Muso, Uniti and Statement ranges. A new Muso would be too small an event for this hype and the Uniti range does not need updating.

This leaves me with three guesses: i) a Statement streamer, the ND S1, ii) a replacement for the 272 that has the appearance of the Uniti range along with a matching power amp or iii) the entire Classic range is being updated to fit the look of the Muso, Uniti and Statement ranges.