Quick question - do the Naim SA8 plugs fit the Nait 1. I’m guessing the spacing has been the same through the various amps but just wanted to check first.

James, yes, but with a small caveat. The early SA8 is fine but the later ones have two small tabs on the negative side that foul due to the narrow spacing of the two sockets on the NAIT. So if you’re using the later SA8s you have to invert the plastic piece to get it to fit or you need to cut off the two tabs on one of the plugs. 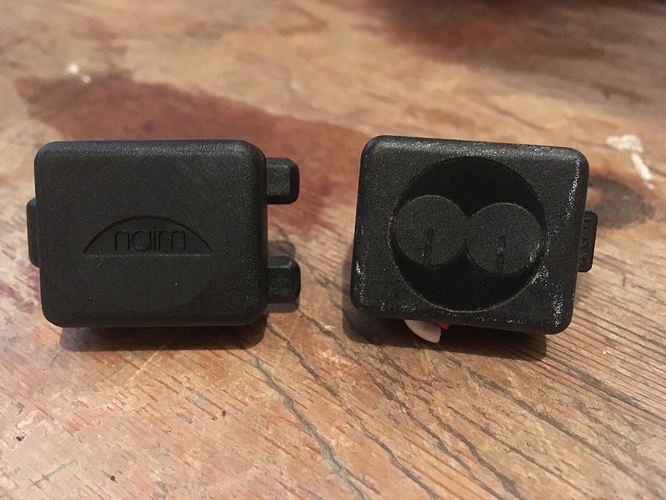 Here is a picture of the original SA8 next to the later (current) type.

Thanks Richard - just the info i was looking for.