Currently using NAIT3 converted to a preamp and NAP90, I have the opportunity to buy a NAC62/FLATCAP but not sure what is involved, effort and cost in converting the NAIT back to an integrated and when that’s done what would it sell for.
Thanks

Hi @worldofsteve, I’m not sure if this is of any help and I cannot offer any advice iro converting.

However, I have been observing TomTom Audios pre-loved list for the past few months and they have had and still have four Nait 3’s for sale all at £355 each and they do provide a 6 month warranty.

But if you were to list it on Fleabay who knows what you might achieve, you only need two bidders desperate to have it!

Thanks, I know I’ve seen a couple of NAIT auctions get seriously of out hand

If my memory (and it’s a long time ago) is correct there is nothing more than taking out a couple of leads.

I would certainly not sell it, just keep for a spare system or in case of breakdowns.

I had the system you had from Nait 3 , Nait 3 plus Flatcap (Thank you Colin Macey for your good advice) and then a NAP .

Personally I would get the Nait concerted back and sell it rather than have it cluttering up my loft.
A serviced 62 is probably a good idea, although I suspect it would be much better with a Hicap.

I can’t answer your questions and I don’t know how much you have to spend.

My NAC152XS has proved a wonderful preamp bargain for me. In the first instance, one could be powered from your NAP90. You could add a Flatcap XS later. A NAC152XS would get you into the modern era.

It is a straight forward conversion, no need to do a Google search as dealers can request the information from HQ.

Neatest is on the NAIT 3R where if you have a DIN4 socket fitted onto the amp board (there’s an extra chassis hole that’s covered by the rear panel sticker) it allows you to run the amp as either a pre-amp or integrated just by removing/re-fitting a link plug and SNAIC. It also allows you to run as an integrated amp but with a dedicated power supply on the pre-amp section.

IIRC Kuma here has just such a NAIT 3R.

@worldofsteve is yours a NAIT 3R or just a NAIT3?

ah yes, from looking at some photos from t’internet, i thought there might be another hole for the power amp input. it makes for a most flexible and expandable unit. I’m now tempted into getting one for SWMBO’s office system.

I presume from your question to the OP that it is just the NAIT3R that can be converted?

Nait 3 can be done too, I had one (you should be able to feel the chassis cutout under the plastic)

I’m not sure whether all NAIT 3s can be done or whether the extra hole arrived later on during production.

It’s a NAIT3, TBH I’m leaning toward converting the NAIT and buying the best Pre the NAP90 will power and deserves but that could be a whole new thread…

So it’s ‘just’ a case of replacing a plug?

It depends whether your nait has the extra socket on the power amp PCB - do you have 7 din sockets in total?

Moving to a 62 flatcap is not a big improvement. Go to a 72 if you must make a change, then add a hicap later on. You will be miles ahead of a 62 flatcap.

NAC72 seem to carry a “vintage” premium and the different form factor and looks don’t hugely appeal, any love for the 102? I see one with MM boards for the right sort of money on a well known auction site, no links allowed. 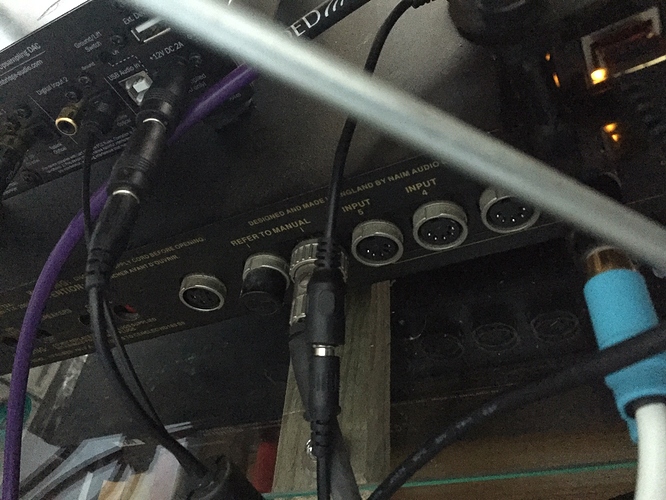 Yes, that has all the sockets fitted, so can be used as an integrated amp by leaving the link plug in place & putting a Snaic 4 between the two 4 pin sockets.