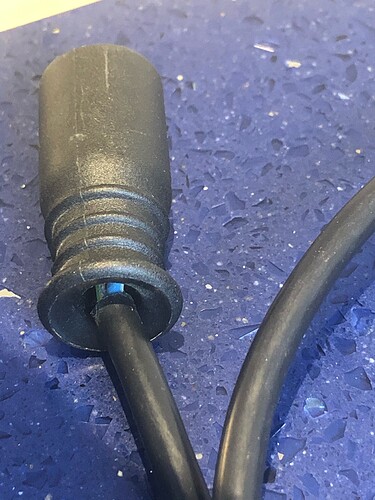 IMG_32443024×4032 1.52 MB
I recently acquired a Olive NAP 250 with a NA-48 4-pin DIN to XLR cable. The Amp is being serviced, and I have the cable. Looking at it, I suspect someone has repaired it in the past. The cable is not all the way into the shroud. I took off the shroud and could see that the pins are purple on the solder end where the heat of a resolder job may have discoloured it. The cable appears to work fine, but can I trouble you for help on what to do?
Suedkiez February 16, 2021, 3:45pm #2

I had this as well on the new 300 after only very careful handling. Brought it to dealer, they fixed it. There’s a screw if it’s same as on the 300

So thats £74 then, probably worth it, thanks.

@Suedkiez yes there was a screw, but it looks like I would have to resolder as it looks like they just cut back too much outer insulation when they did it

Just repair it - or get someone to repair it for you…

I see. In my case, it was slipped out but still long enough to fix back without having to tighten the screw too much.

Thanks for all your advice. Whilst I could solder myself, I will always wonder if the SQ is lost in some way due to this suspect cable, so I have ended up buying a new one, and will keep this as a spare - Thank you all again

i’ve had 6 DIN to XLR cables now between 2 250s and a 4 135s, every one of then was just the same at the XLR end, it’s just a crap designed plug, There’s no shielding or anything so it the terminals are still soldered properly you’re good to go

Did you ever consider different ones?

I’ve thought about it often but as yet all my cabling has remained as supplied. I have been looking at the offerings from Witch Hat, screening would seem to make sense, especially seeing as Naim are offering screened cables as an extra these days, maybe I’ll pull the trigger one day?

The lightweight plastic XLR Cannon plug (Naim’s own) was introduced later on - Naim developed it specifically that way as it sounded better than the big heavy metal ones.

Mine is plastic - not metal. 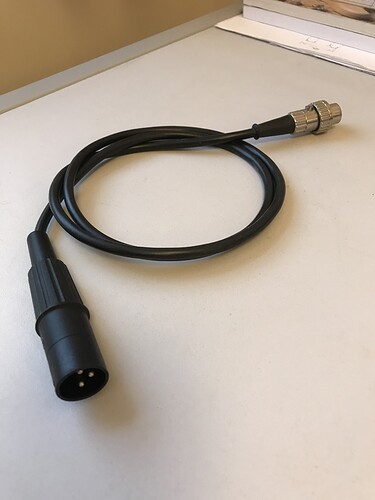 Don’t be fooled by the PREH DIN…