Accepting that neither may be in NAT01 territory, what are the thoughts on the relative merits of the two?

The 05 has useful presets and matches current black boxes. I don’t think the sonics are much different.

Hmm. As far as aesthetics with the current black box design and tuning presets via the remote, then the NAT05 in either of its incarnations is the one to go for.
However sonically I prefer my NAT03… it seems to provide a warmer more natural sound, yet able to to provide subtleties if there … ok perhaps it’s stereo and SNR performance is not as good as the 05s… but I have a NAT05 and NAT03 and it’s the 03 I prefer to use with my 552… and getting up to change station is probably no bad thing either…

I have found my 05 cleaner and ultimately more enjoyable, so it’s my preference. The live becomes more live. I’m more aware when a newsreader is slightly off colour or is smiling at something in the last item.

Both are good, my one-time 03 being warmer, cuddlier, to my ear.

My interest is that I have a NAT03 (permanently set to R3, naturally) but I’ve become aware of an available NAT05 at a good price.

So my primary concern is SQ, but the presets are a good idea. And medical cough opinion is that I should take more exercise at my age, which implies that I should get out of my d@mn chair and change station!

Or I could stick with R3

Anyway, the case is the wrong colour!

If you get an 05xs it can be further improved with a power supply for not a huge amount if money. The difference in sound is fairly significant

Bear in mind that the NAT05 is also remote controllable via the NARCOM handset. Also note that the 05 was revised during its life; the first ones used a Philips front end, but after this could no longer be sourced, the 05 was given a slight re-design to use an ALPS front end. Of the two, I would probably favour the earlier one, although it wouldn’t be a deal breaker either way.

I had thought about an 02, even an 01, but they are considerably more expensive than the modestly priced 05 that I was looking at.

And although my stack is Olive, there has been a worrying recent infiltration by black boxes (DAC, Stageline, NAPSC2…)

I’m getting the feeling that the 03 & 05 are really “much of a muchness” (strange phrase that, but my mother used to say it), and I do have other options lined up for “spending the kids’ inheritance”.

The two people who have replied who have compared the two have expressed a clear preference.

Whichever the OP chooses I think they will be happy. Suspect that NAT 05 will continue to be sought after.

Naim tuners seem to be far scarcer on fleabay than 12 months ago and prices seem to be rising. Spent most of this morning listening to my NAT 03 to R3 and thinking how underrated the humble FM is .

I was really lucky in that when I was using my Dynalab I gave the NAT 03 to my cousin , who returned it as he wasn’t using it.

@Richard, do you when the change of front end occurred?

Good question. I’ll need to take a dig through my old file of notes.

I recall from posts on the old forum that the ALPS head unit started in 2004 & rumours that some got out in 2003. I don’t believe it’s ever been confirmed with a serial number.
Mine is a 2006.

With apologies to the OP, temporary thread diversion lurch:

Part of the reason I like my red light 05 so much is that it happily reminds me of this: 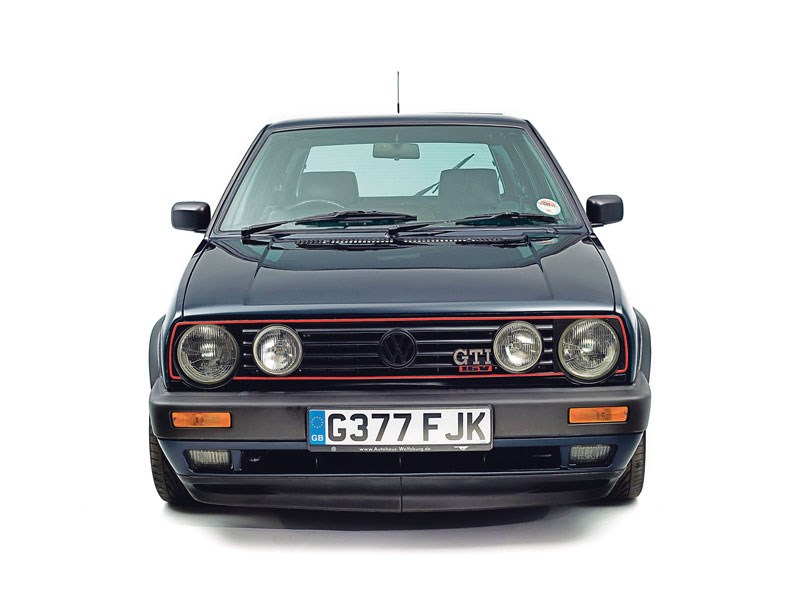 Though mine was the 8v in white

Oh no, please do Chris. Lots of time for a thread lurch over to discussion of Golf GTI nostalgia. Plenty to show and say so maybe you could start a new thread?

No apologies needed Chris. Although either the picture is a bit dark, or the Beastie Boys’ Fanclub have been around and nicked the VW badge. I was a Scirocco person in those days - but I don’t think I had the injected version.

Back on topic for a moment, I have purchased the NAT 05. It’s a 2008 vintage, so I presume it’ll have the Alps tuner. There’s no remote, but I already have what I think is a Narcom 3 (“olive” colour, four buttons across the top - cd, tuner, preamp, record).

I’ll be an interesting comparison with my NAT 03.

However, I am concerned about the continuing infiltration of Black Boxes into my Olive system - I’ve already got my eye on a Headline 2

134567890 [quote=“Christopher_M, post:4, topic:7160, full:true”]
I have found my 05 cleaner and ultimately more enjoyable, so it’s my preference. The live becomes more live. I’m more aware when a newsreader is slightly off colour or is smiling at something in the last item.