No not not qobuz, that’s covered elsewhere, but with local streaming, in my case from a core. Has anyone else noticed a rather nice increase in scale and resolution?

I think they sneaked in a SQ firmware upgrade, as well…nothing to do with Qobuz or Core.

It couldn’t be the core, that hasn’t had new firmware.

It’s going o confuse the hell out of the cable swappers.

I was just commenting about the SQ on another thread. I wonder if it’s some sort of SHARC DSP improvement. Regardless thanks!

It’s going o confuse the hell out of the cable swappers.

Still in my 3M free Tidal trial (from when I bought the NDX2), so not rushed to have access to Qobuz just yet.

Absolutely there is a change for the better in SQ in my ND555 local streaming from NAS. Haven’t evaluated Tidal yet. Started Qobuz subscription only yesterday.

Yes, a pleasant surprise on my Nova and NDX2, both streaming from my Core and Tidal. But then, I’m still burning in some new cables

The update actually made a difference, a significant one!

In the context of my system (I use Roon only), the difference was immediate and quite surprising.

I tested it with a specific playlist I use when changing things in the system (including room treatment).

I rediscovered those two albums. I’m impressed by the increase of information retrieved and by the soundstage depth. Much, much better! 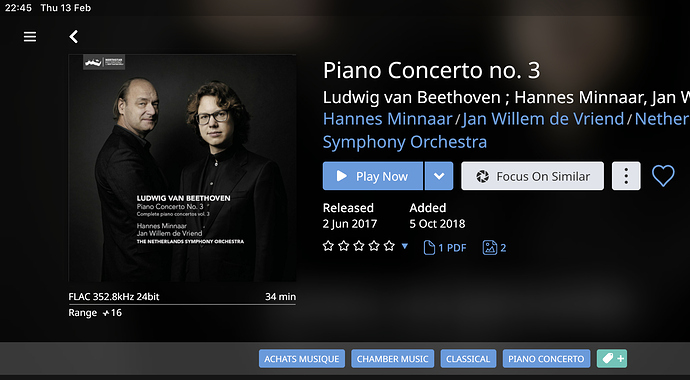 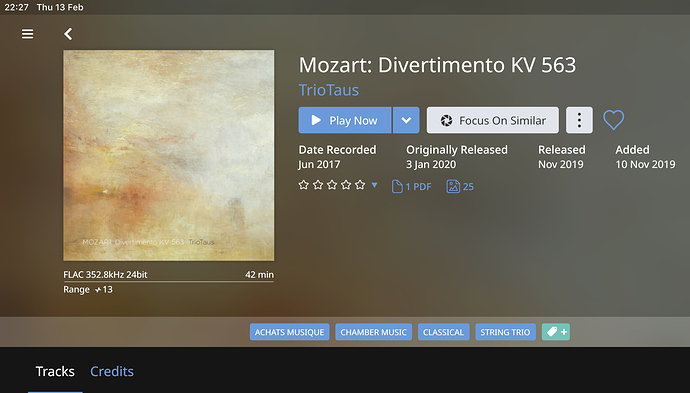 I don’t consider myself as a Placebo Person, and wasn’t expecting anything. The ND555 has been transformed.

Hello - I’ve reported this on another update thread — I may be the first one to report that I am not liking the sound quality changes as a result of the firmware update on my ND555. The sound has moved from being rich, three dimensional and ‘real life’ to what I can only describe as an extremely clean and detailed ‘studio’ sound with a markedly reduced soundstage, and an exaggerated top end (albeit with loads of detail) which makes listening a ‘toil’ rather than a pleasure. From reports only StoogeMoe on the other update thread has hinted of similar experience - albeit with NDX2. Anyone else experiencing this? Unfortunately it’s a game changer for me now - built my system around the ‘original’ sound of the ND555 - and now back to ‘square one’…I’m so upset that an update that didn’t specify any SQ changes has done this.

This is the trouble with firmware updates that change ‘sound quality’. One person’s improvement is another’s deterioration. The fact that Naim presumably feel it is an uplift, as also other users, is of no consolation to the person who prefers the sound as they bought it.

And presumably other firmware improvements like added services cannot be separated from the sound change, so reverting to old firmware denies you those improvements.

Personally I am glad that my DAC is fixed and no firmware changes are possible, so I cannot lose out through a change being negative to me. But that is not the case with my renderer, where firmware updates are frequently offered - though as they don’t have any bearing on the DAC performance sound quality changes are likely to be far less marked.

Is it possible to go back to the past update ?

It was during beta testing, not sure how that can be done in the real world…one to ask Naim. In cases like this…i would unplug the unit, make some tea, drink it, power up…see if it makes a difference.

The factory reset is still possible as for the older streamers ? Some have done a factory reset which improved the sound of their update. ( after usb update).

Such an update might indeed be a surprise.
Whether it as good one or not depends on your expectations.

As for me, I like to listen to what is in the record.

A good DAC system should be able to retrieve as much information as possible and present it in a musical and enjoyable way.

I loved the ND555 for its capacity to present music in a natural and organic way.

…But not for its capacity to retrieve information from the streamed files. There are DAC systems on the market (same price tag) doing a better job.

The update brought the ND555 to another level.
Now we have it nearly all.

For me, that update, was a very positive surprise!

For me it’s mostly been positive, the increased scale and space suiting my NBLs and there is no loss of flow. When I set up the system with the ND555 in the first instance I spent quite some time experimenting with plug order to find the most coherent, it seemed to have a quite marked effect (with a string quartet the sense of the musicians playing off each other is very much there, if the music should swing it really swings, emotional impact is communicated well but there’s nothing syrupy about it), both digital and vinyl benefit from this. Later, fairly limited experiments with network cables has resulted in a further enhancement of this aspect for the ND555. The FW update has played into this and brought the ND closer to what I enjoy from my vinyl (which is back together with freshly serviced superline). I did hear one rip with a very promnenant cymbal that had me checking my cable dressing. Excessive ringing has often been cured by making sure the Hiline isn’t touching anything and this time it was resting on an SPdif cable from the DVD5, now it isn’t. I’ve not heard anything else that struck me as wrong but time will tell.

Just listened to the Mozart on my Bluesound Node 2i via Amazon HD - sounds terrific. Cannot imagine what the transformed ND555 must sound like.

As suggested, I have powered down and done a factory reset - unfortunately no change! With all the positive feedback about the update I’m wondering how come I’m the only one experiencing change ‘for the worse’ - it’s not subtle - other family members have commented too! I’ve checked all system related ‘usuals’ and everything exactly as it was before I updated. The thing that upsets me is that I spent an awful lot of money and time building a system that I loved around the ND555 and in a five minute update it’s gone! If I can’t roll back to previous version (Naim don’t allow it) I would try re-installing the new version 3.4 - that can’t be done over internet either with the update methodology built in to the ND555.

Hi, I would suggest that you talk to your dealer about this. They are there to support you, and can liaise with Naim, as well as helping you to determine whether the changes you hear are similar to other units.
I understand Naim are under pressure from the likes of Apple and Google not to allow people to use old firmware which includes their services, i.e. AirPlay and Chromecast. This was not an issue with the old streamers, so reverting to old versions on them was straightforward.
For me (on NDX2) this update was an improvement, which seems to be the majority view here, but if you’re not happy, lets hope you can reach a resolution.