Today I received my NAC552DR. The system is now ready for installation.

Let’s hope the uplift will be as significant as expected.

I’ll try to describe my first impressions tomorrow after the system is properly mounted with a neat cable dressing.

I’ll the make a second description after a week. 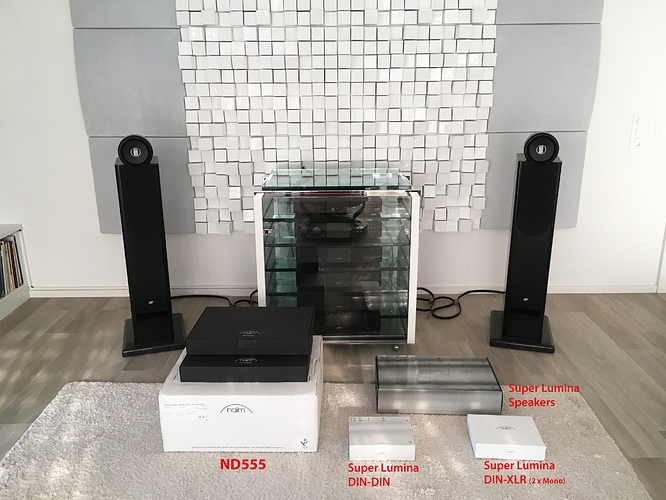 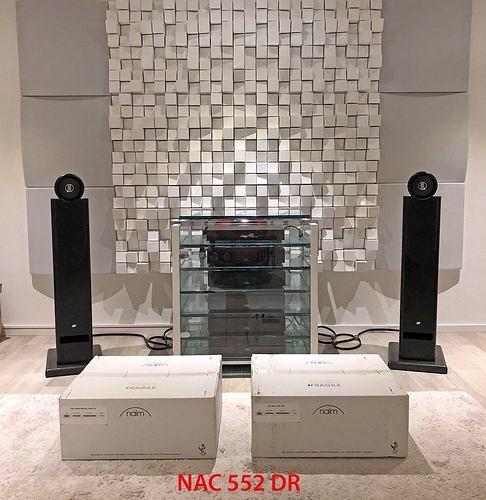 Flippin’ ‘eck! That should be pretty spectacular! I have just added a 552 (replacing a 52/supercap) and that was a huge leap. Look forward to hearing how you get on

Crikey Thomas! Congratulations on reaching the top of the tree (almost😉).
Your dealer must be almost as happy as you are.
I look forward to hearing your observations.

That’s one-hell-of-an upgrade, Thomas. I’ll look forward to your updates. As you know, you’ve got the run-in period to get through, which can be bumpy, so patience is needed.

That is no small upgrade! I would give it a good 2 weeks before you pass any kind of judgement. Some of us have had bumpy rides with SL run in, warm up, or whatever you want to call it. The 552 goes very well with the 300. A very capable and life like pairing. And you now have one of the best sources, if not the best digital source than any money can buy.

I expect that once the cables have settled, you will hear a lot of benefit before everything settles fully. It might take months. And every month will be better until you begin to wonder just how much better it can get. With any luck you’ll be about half way along by that point.

Very impressive upgrade, keep us informed about your hunt for new details and musical emotion

Congratulations. Which input are you using on the 552 for the ND555? and do you plan to disable the others
thx

The ND555 is connected to the NAC552 using input 2 (default one) which corresponds to CD.
For the moment, I’m using the NAC with it’s default setup. I didn’t we could disable the other inputs. Does it make a difference?

when i first read the review on the nds, on hificritic, Martin Colloms found that closing all imputs not being used ameliorates the sound quality. On my nds , only upnp is open, all the other imputs are closed (« arrêt « ).
I confess however that i didn’t done the comparison…

There is apparently some controversy as to which input is “best” to use on 552 none of which I fully understand.
I also read somewhere that it may be better to disable any inputs your not using on the ND555 which can be done on the app.
Lastly, to mute all record inputs on the 552.
This may all be hearsay but I’m sure others that are more knowledgeable will chime in.
Anyway, looking forward to your initial impressions. I did a very similar change in getting a 552 and ND555 at the same time.Also use a 300 but different speakers.

Lastly, to mute all record inputs on the 552.

Hi,
By having the mute button on the bottom row of the front panel on?
Richard

Apparently Yes, to mute all the record buttons. Anyone else heard this?

Apparently Yes, to mute all the record buttons. Anyone else heard this?

I do not think I have heard it officially but I have done this on all the NACs that I have owned that have this facility as for no other reason that it seemed a good idea to me.

Bit like I always have the button lights turned off.

Congrat Tom, nice switch
on the NDS i’ve only let entries in use and do the same on the 552…if it doesn’t sound better, i can’t be worst

Blockquote disable any inputs your not using on the ND555

Blockquote mute all record inputs on the 552

I was already used to mute all inputs on the 252.
The 552’s default is setup includes the record inputs muted.

Blockquote This may all be hearsay

Not at all! It makes sense. Disabling inputs on the ND555 means disabling software “deamons” which were listening to certain ports. It shouldn’t make a significant difference in terms of processing load but disabling unused processes is worth it. Same logic for the record inputs on the 552 (but of course it’s not software related)

Thank you all for your congrats and comments!

I spent last Sunday tinkering my new system. Everything’s in place with a neat cable dressing.

I did a quick listening just after finishing. May daughter was around playing loudly and the kitchen range hood was one. Even with those poor listening conditions I thought to myself: wow that’s what they describe as “separation”!

Out of the box, the combination ND555 + NAC552DR +SuperLumina Full Loom sounds amazing.

I left the system playing 24h/24h since then. I’ll make another listening session Saturday evening. Which makes ~150h.

Here are some pics of the new system 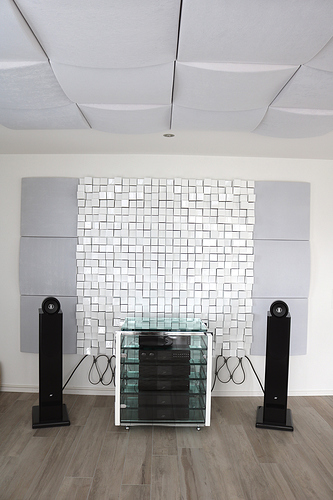 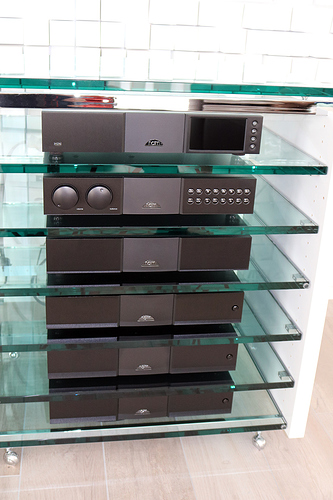 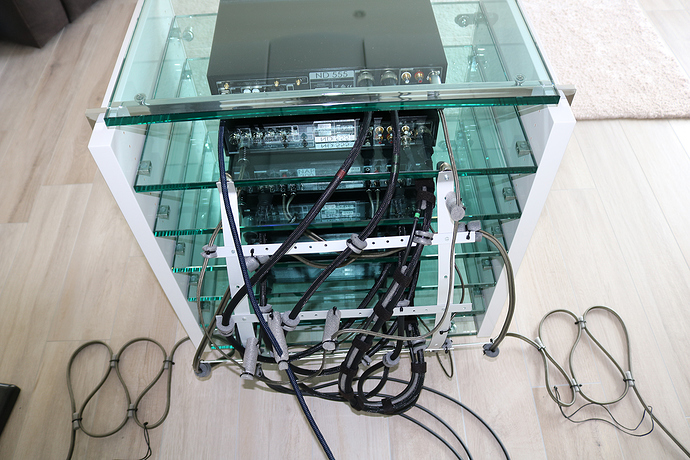 wow! even the room is treated and dedicated. I am jealous… i like the zen like look of the room and system, all deserves music and imagination.