I tried a demo pair of SL speaker cables (currently using NAC A5) and as much as I wanted it to work, it didn’t. While detail was a bit better, the overall presentation lost consistency and fluidity. The sound became too forward, complex, aggressive, less engaging and resulting in listening fatigue. I’m now happily back with A5, which sounds really good in my set up.
I’ll probably give Chord a try at some stage (Signature XL).

Hi Carlstone, I agree with JohnF, the Witch Hat Phantom is a worth a try, they have a 30 day no quibble returns policy, so you can’t lose. So far I have found switching to Witch Hat Morgana a significant step up in SQ from standard Naim and Nordost Red Dawn interconnects. On the basis of that I am going to give the Phantom speaker cable a try as well.
Best wishes Amer

in that case demo Titan audio source cables, I have an Eleckra on my NDX, I was very pleasenty suprised at the uplift

Have you tried the Phantom cables yet Amer? I haven’t progressed, but still thinking about it…

Hi Carlstone, they’re on order, but a bit of a back log at WitchHat so haven’t received them. I’m getting them on the ’ 30 day return policy, so nothing to lose’ rational! Will post my findings once I do.
Best wishes
Amer

Is the system on full Fraim or is something else keeping the boxes apart?

that is not what I hear, the SL is much better than NACA5 in all the systems I tried both out…

My speakers are tough to drive, I don’t think a 250 would drive them satisfactorily, 555PS are also hard to find s/h and too rich new…

I have an Italian tv cabinet that my gear is in/on not a Fraim, hence box count restrictions…

I was looking at this before I posted, are they rhe right speakers? 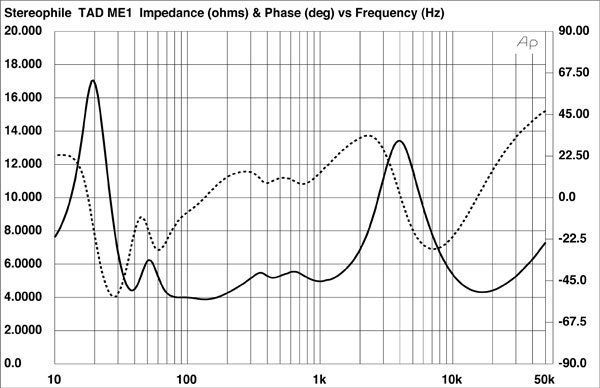 My 250-2 didn’t even get warm driving these, though they are a little more sensitive. 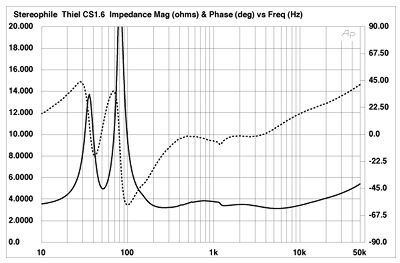 I presume Fraim is out of the question?

Fraim is out of the question for the foreseeable… I’m happy with the system as is, might just do a few tweaks, upgraded interlinks and/or some strategically placed isolation feet… but got does sound great, I just often wonder what more it has to offer …

The SL speaker cables sound different. The have different specifications and therefore will interact differently with your speaker’s crossover.

To my taste, they sound much better!

Curiosity can get expensive.

I compared SL with Naca5 in the dealership when I bought my SL2s and preferred the NACA5.

I tried Chord Epic (and Chord Rumour 2) at home and preferred the NACA5.

But I preferred the Chord Epic or the Rumour 2 to the NACA5 on my Naim Arivas (which I just finally sold after 16 years of ownership) in the same room.

Whichhat Phantom was worse than Chord Rumour 2 on my Arivas.

It’s interesting that the Witchhat Phantom sounds worse than the Chord Rumour 2. Apart from the room, loudspeakers and equipment, I presume listening preferences also play a role with the selection of speaker cables. In my case, both Chords (Epic and Signature XL) sounded better than the NACA5 with both Harbeth SHL5+ and Marten Duke 2 in the same room.

I still keep the NACA5 as it might be put to good use in the near future.

I put the Phantom cables in for about 3 days but they didn’t change noticably over that time, and just didn’t sound good to me.

(Perhaps I should have waited longer?)

Whereas when I bought a pair of Chord Epic more recently they worked very well with my Arivas and added a lot to SQ, esp in the bass regions.

But yes, as always it depends on the interaction of the cable with the the hifi system, the home electrical system, room, ears, type of music played, and what the listener is tuning into as they listen.

Hi Carlstone, got my Phantoms a few days ago . They replaced Nordost Red Dawn Rev2 which cost over £1K.

I was was a bit apprehensive about changing the speaker cable as, while the WitchHat Morgana replacements of Snaics between 282,HiCapDR and 250DR had IMO improved the sound significantly, I was worried that my old Dynaudio Audience 15 floor standers would sound too bloated with the Phantoms.
Well, 4 days in with the Phantoms, and my smile keeps getting bigger, yes there is deeper bottom end but it’s tight and controlled not bloated at all. The top end is as detailed as the Nordost, but without their slight splashiness so IMO gives more detail and insight.
For example the complex percussion on Miles Davis’s ‘On the Corner’ record, now each instrument has a clearer acoustic round them so the interaction and beats are easier for me to follow. My ‘difficult’ Tony Williamson CD, sounds less compressed, more detailed and so even more enjoyable.

I just happened to listen to some heavy rock on Radio 1, which I’m not a great fan of, but the sound pallet had improved so it was much easier to hear the different types of distortion being used on the guitars. So much so I actually listened to two different songs before moving on!

As JimDog says, clearly our tastes in sound are different as is the interaction our systems and rooms. I haven’t listened to the Chord Epic so can’t comment on those.

What I didn’t do was go back to listen to my Nordosts to double check on my findings with the Phantoms. The SQ improvement was big enough of me not to doubt what I’d heard so felt it would be a bit like me switching a light on an off at night just to check it really was brighter with the light on!
Best wishes Amer

Great feedback Amir, thanks for posting, and good to hear you have gained so much from the Phantoms.

It has definitely given me food for thought, and also a new phrase “it would be a bit like me switching a light on an off at night just to check it really was brighter with the light on!”