There is a new (second hand) record shop (vinyl) opening shortly in Orwell road Felixstowe
The owner (no connection to me) seems a nice chap (think he said his name was Nick?)

Support him if you can… 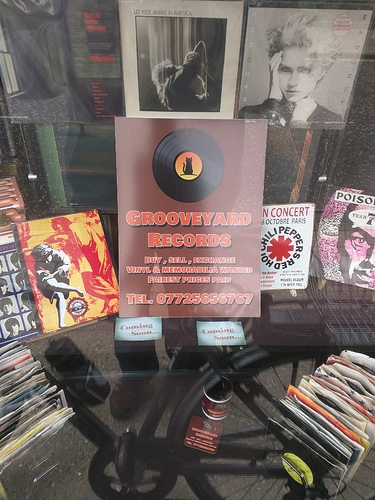 There are a couple s/h near me now. Was quite pleased to go and support them.

Hope yours is better though.

Condition is patchy at best on most records, appalling on many, just no QC, yet the prices they expect are ridiculous. I think this may be just a new way of fleecing the trendy by some. Shame

Can’t agree more. Some of the stuff I have seen is worth 25 to 50p, rather than the 8 quid upwards asked for it. It doesn’t matter if it is an original release if the disc is knackered. Some records look like they need a French polish rather than a clean.

If I am honest with myself., I may have been better off spending less on my Sondek’s upgrades and buying a RCM, to benefit more from my current vinyl collection.

Yep, I bought an Okki Nokki some years ago when there were fewer options to choose from.

There is a wider choice now but frankly the Nok does the job and I’ve found it invaluable.

Heartily recommend a cleaner for anyone buying s/h records as many of them appear shockingly poor but if it’s just surface muck then that is taken care of easily. Can’t do much for anything scratched to b*ggery unfortunately.

The smallest (and best) s/h shop near me will clean them at point of sale if you ask him nicely.

It is something I hope to address next year. We have c1800-2000 records in the garage, and I would rather look after them than pay the inflated prices (new or s/h) that are being asked now. I know that lps are relatively cheaper now than in the 1970s when I began buying them, but I find very little contemporary music does it for me, and I am reluctant to take a punt on older material just because it’s "remastered " * and on 180gm vinyl.

I buy CDs now mostly, and find it ironic that the vinyl resurgence has resulted in prices soaring in that format whilst CDs are now relatively lower priced which is the opposite of what happened in the 1980s.

*eg Steven Wilson’s mangling, to my ears, of Caravan’s “In the land of grey and pink”

I’ve looked at records at record fares that I attended…and while the vendor wants £150* for a copy of rolling stones Sticky fingers …he’s not prepared to clean the dust and sticky finger marks off it!

*London prices… nearer £45 local to me