New speakers, a dying subwoofer and a Superlumina fairwell

Finally the Sonus Faber Olympica Nova 3 speakers have arrived! My major system upgrade journey which was started about 9 months ago has come to an end.

So first off, the packaging and presentation of the speakers is exemplary. You feel you are dealing with a high end product. Took them out and placed them besides the SF Toy speakers for a quick size comparison and I would say they are at least 3 times the internal cabinet volume.

Quick connection and placement in the position where the old speakers were and music starts playing. Initial thought is “where are the speakers”? The soundstaging is wide, broad and deep and the vocals are floating in the air. That was what struck me first, which was surprising because I was expecting the biggest difference to be a meatier fuller body sound. Going through very familiar tracks (rock, jazz and EDM) the detail and resolution in the 1K and above frequency range was very impressive. Instruments sounded live and true.

A few tracks in and I could start to make an opinion of the speakers. I had heard before that Sonus Faber had changed their sound signature in recent years. They used to be all about sweet mid-ange and warm presentation while the current lineup was more “neutral” with more presence and upper extension. I can confirm that is correct.

Knowing the speakers were brand new and needed break in I left the Naim radio playing on the NDX2 for a few days. About 72 hours later I came to do more critical listening. Noticed that the lower mids and bass region was somewhat lacking in body. The attack was great. These are fast speakers with taught bass but I was missing the more fluid lower end of the Toys so I thought it might be time to tinker with the crossover and level settings on the REL S812 sub. While making adjustments to the level knob, the REL stopped emitting sound. Will leave the REL issue for another post, but long story short, we are looking at repair/replacement through he dealer as it is less than 6 months old.

So a week passes by and am feeling that the Olympica Nova 3s have shown me 90-95% of their sound character. Neutral overall with elevated and extended upper half of the frequency range. Very musical and the timbre of instruments was superb. Attack in particular was mighty impressive. However, the dryness in the mids and lows was killing me. So I decided to take out the Super Lumina and put back the Lavender cable. I refer you to my previous post regarding my impressions of the SL
SL cable impressions

It was an “Aha!” moment. Sound became more fluid and more body 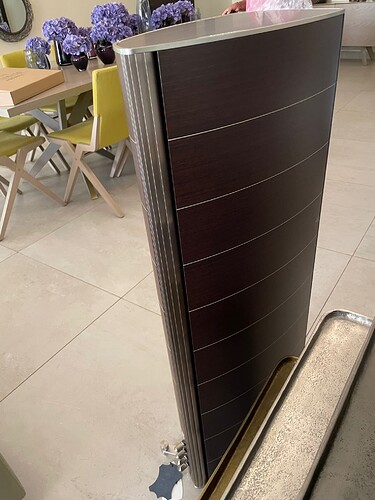 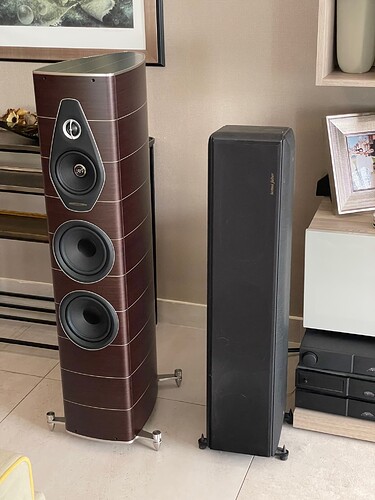 IMG_68511512×2016 202 KB
was added to the sound and there was nothing in need of fixing. I do admit that the presence and resolution took a small step back but the overall balance was correct.

So here I am about a week in with the speakers, gorgeous and lovely sounding. They do vocals very very very well and suit any musical genre. I leave you with some photos. 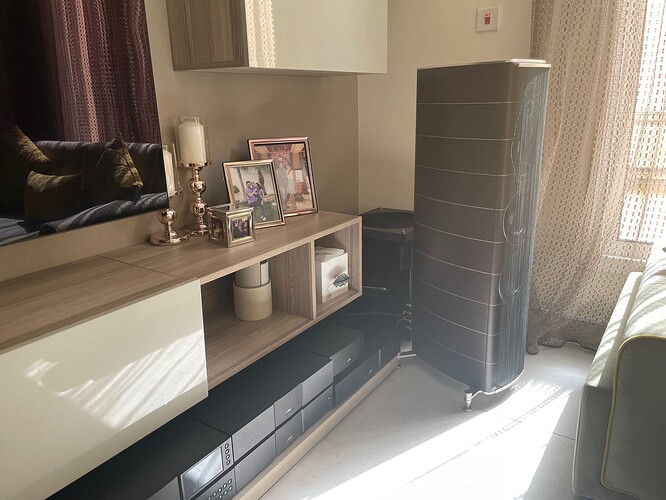 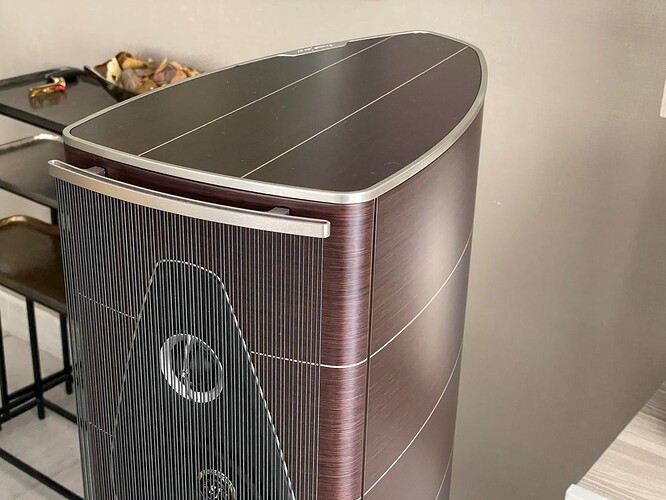 I must revisit my super lumina connector between 552 and NDS.

I don’t think there is anything wrong with the SL per se or reassessing it. I would humbly say that it all comes down to system synergy, room interaction and personal preference.

I bought the super lumina blind based on a 50% clearance sale assuming that since it was more expensive it would sound better. With the “Darker” sounding Toy speakers the excess presence wasn’t too much of an issue but with the Olympica Nova 3 the brightness and dryness became more noticeable.

Some more knowlagable members on the forum have pointed out that the SL was designed for the statement system and it probably works perfectly in that context.

I do think that only a week is too early for conclusions or system changes. Is it the perspective of the pictures or are the speakers playing against two giant absorbers in the shape of couches?

Novas are definitely on the audition list once we’ve got everything electronic in place.

I listened to some SF Sonneto floorstanders the other week alongside the usual PMC, Spendors et al. Not in the same league as these SF beauties but can’t be far off…

They sounded fantastic - tight and rhythmic; not at all what I was expecting. Maybe the ‘house sound’ has changed?

Anyway they are top of my list for later this year.

so I thought it might be time to tinker with the crossover and level settings on the REL S812 sub. While making adjustments to the level knob, the REL stopped emitting sound. Will leave the REL issue for another post, but long story short, we are looking at repair/replacement through he dealer as it is less than 6 months old.

This sounds disconcerting as I’m about to pull the trigger on a REL S510. It is amazing that the S812 can fail when it’s fairly new. Could you please elaborate further on what might have gone wrong.

Those are beautiful speakers! Well done.

I have the 2s. Agree with everything you have stated. Especially vocals.
They are comfortable with all genres. I do think they excel with well recorded female vocal .
The tweeters are wonderful. Well the whole package is.
Congratulations

Hehehehe yes big absorbers. for the left sided speaker the couch is not in the path of the drivers, for the right speaker the top 3 drivers are well above the couch (assuming a straight line to the listener’s ears). Unfortunately, the restrictions of the house and furniture layout leave me with a “as good as possible” reality which is not only affecting the speakers bu also the stacked Naim boxes as well.

“once we’ve got everything electronic in place”

That is key. the 122x to 282 was by far the biggest improvement to my ears and the speaker upgrade (SF Toy to SF ON 3s) is significantly less impressive than the preamp jump.

I auditioned the Sonnetos, Luminas and Serafino as well and they were all very nice. Forget about the Serafino for a minute, the Olympica Nova, Sonneto and Lumina line share a very similar sound and I would be happy with either one. The serafino is in a very different league and it was out of budget for m especially when you consider adding a matching center speaker. Was also having doubts wether a NAP 300 would really do it justice.

I had a REL Strata 5 many years back and 4 years into ownership started to work up one me.
As for the S812 I don’t want to comment too much about it as the issue is still being sorted out with the dealer and REL UK and I wanted to give them the fair chance of handling the situation.

Thank you very much. female vocals are sublime. What impresses me is how the micro details of the vocals are rendered. Lip movement, breath variations, tiny vibratos all seem so real.

If I were to summarize it I would say the Olympica Nova has absolutely NO CHARACTER. and that is a compliment.

Thanks for the information which is much appreciated. My current PMC sub is about 15 years old. Apart from a blown fuse which happened early this year (i replaced the fuse myself), there were no issues with the sub.

I hope it’s nothing serious with the S812. Hopefully it’s just a blown fuse.

We love the SF signature sound of a crystal clear treble and strong midrange. As we age our musical taste is shifting to more vocally focused music, especially female folk. SF excel here.