Hi all,
I have had an Rega RB 301 for some 8 years now and I would like to change it in order to get a better performance.Turntable is an Gyrodec MK V and cart an Benz Glider SL 2.A couple of years ago I was suggested to get an SME IV for its very good synergy with the Gyro.Anyway I came to know a Danish tonearms manufacturer who produces some nice tonearms:I’m talking about Morck DK.I’m demoing their top DP 8 on January but it would be just great to hear something from you too about it.
So,any thoughts,please?
Thank you and Merry Christmas

Check whether there’s an arm board available for Moerch and for which arm(s). The armboard weights were adjusted to maintain balance with a given arm. I know one was made for an Aro at one time (for Frank Abela) and the results were reportedly excellent with a much more fluid presentation than the SME IV it replaced. The Moerch UP-4 was considered the poor man’s Aro at one point, before the Roksan Nima took that name. Might be worth considering a Sara for Roksan too.

That Moerch DP8 is an amazing looking arm, albeit exceptionally blingy, especially in the gold finish, which makes it look rather like a posh bath mixer. I wonder if it’s a bit much for the Gyrodek though, and whether it wouldn’t be more suited to the Orbe? One option you could consider is Rega’s latest RB3000. It costs £1,300 rather than £4,300 and will fit in the same hole as the RB301. I believe our friend @Thegreatroberto recently fitted one to his Gyrodek and seems pretty pleased with it. 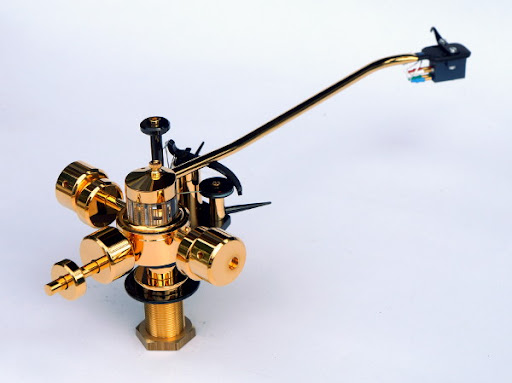 I’ve never been very impressed by the performance of arms with thin, curved arm tubes…

Which arms did you compared and what kind of differences did you encounter?

I’ve never heard a Morch and in fact I’m a bit out of date on arms generally now. My favourite was always the Aro, followed by the Ekos. I found the old Transcriptors and SME Series III arms disappointing. The old Keith Monks was also one I liked - especially with the Decca London: the two went very well together.

If you are looking for a new tonearm for a Michell TT that already has the arm block, then I’d suggest the RB3000. I have a gyro se with a benz ACE sl and was surprised the improvement it made. I went from a RB330.

Hi HH,
I remember an older advice you gave to me,it was about an 250 DR and what you stated was totally approved by my Naim retailer in Milan.This last one on the tonearm seems to be wise as well.
Thank you.
Going OT,how’s your precious BB 58 after the cure?

Will consider this for sure, thank you.

Since you already have a Rega arm I recommend listening to an Origin Live replacement arm if you can. They do a range of price points and they fit in the same mount as the Reg arms. In a Gyrodec their Onyx or Silver Arms match well. A google search for Origin live will find their website for you.

Fabio, bear in mind that I’ve never heard the Moerch, which may be a fantastic match with your deck. It was simply an observation that it seems rather expensive. I can certainly vouch for the Rega, which is very well made, looks lovely and is really simple to set up. There are of course lots of options. The BB58 is doing fine thanks. The £3,000 price difference between the Rega and the Moerch would easily pay for one!

I have to say I went from RB600 to SME IV and have never looked back - it’s propelled the Gyro from being a very good turntable into the super-league! Not so easy to source nowadays of course but for sure the engineering, the bearings, the sublime design and execution, the pride of ownership and most importantly of all the sound are out of this world!

SME used the Gyrodec as their turntable of choice when they designed the Series V and IV, John Michell himself used SME IV and V back in the day at shows and said he regarded it as the best option in the pre-Tecnoarm days.

Anyway has anybody in hi-fi put anything sexier than this on a Gyrodec?!! 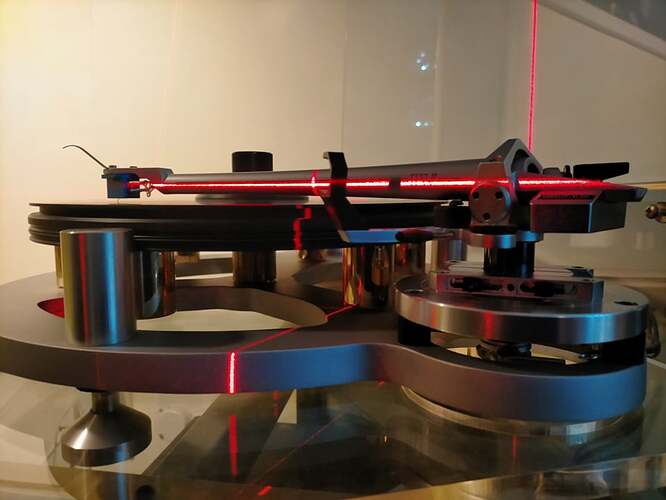 The SME VI seems to be a secure choice, as a lot use it with their Gyro or Orbe.
Origin live is also often used.
@StephenPacker has a Gyrodeck / SME IV. Maybe he tried other arms?

I did try a Michell branded RB300 (the Gyrodec came with this) and also an ‘Audiomods Series 5’ which probably was too heavy (the combination of the arm and the armboard has to weigh a specific weight to allow the Gyro’s ‘body’ to balance well.)

The SME-IV outperformed the others but almost more importantly it’s such a pleasure to use something that’s built so well (and that’s not to take away from the Audiomods arm; Jeff Spall does a very good job on those).

What the hell is that?

What the hell is that? 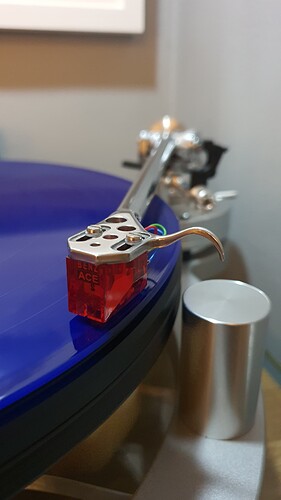